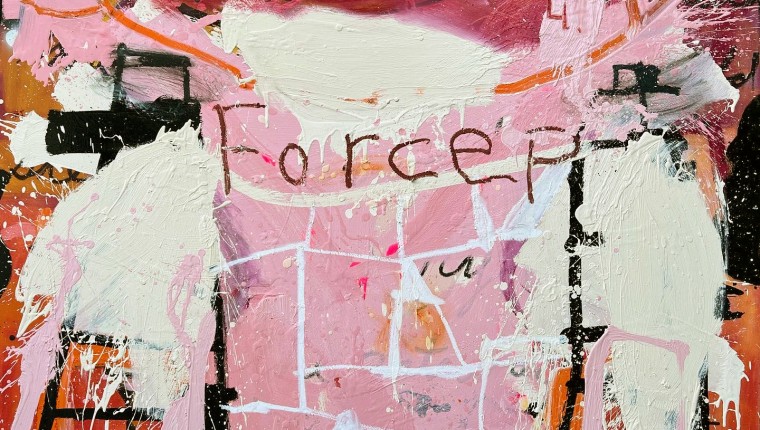 A drawn out battle.

Another painting included in DARKMATTER, Caging Of The Angels was created over several sessions in the studio.  Originally my intention was for this to be a crucifixion reference but I think it became more than that. It was developing during the time of the supreme courts decision to overturn Roe vs Wade. Regardless of what side of the argument anyone may fall, my gut reaction is that it is a violation of a woman’s right to be in control of her body. So many emotions were flooding onto the canvas.

This painting points to a powerful movement of misogynistic and white supremacist operators within our leadership that shapes legislature and the lives of every person in our country. Why white supremacy? Ben Wattenberg was an American author, neoconservative political commentator and demographer, associated with both Republican and Democratic presidents and politicians in the 60s 70s and 80s. National Affairs claimed that wattenberg “Challenged and reshaped conventional wisdom at least once a decade. He wrote the book Birth Dearth in which he lays out the case for forcing women to give birth in order to curb the declining white race. He was an adviser to every president since Nixon up to Clinton.

Here is my writing for this painting.

Two sinister figures left and right capture and crucify the central form/figure. Simultaneously the figures also represent modern industrialized city buildings. An epic struggle to contain and control that which is the gateway to existence. Through the feminine form the world becomes. Caging Of The Angels