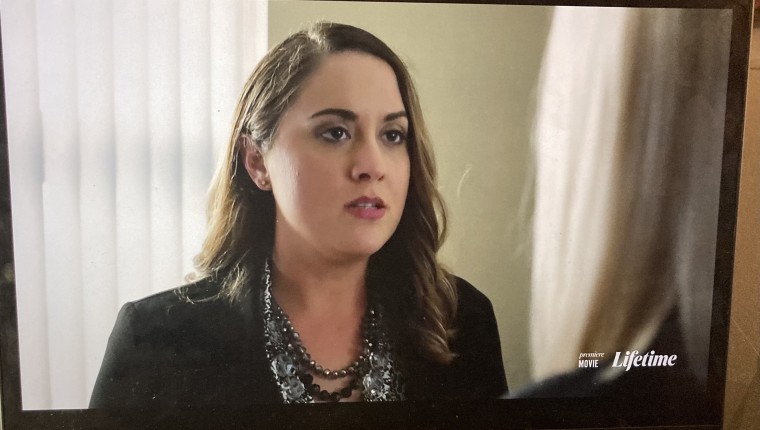 It’s been a fun couple of weeks!

Shortly after my stint working on corporate training videos for JW Marriot, the movie Nightmare PTA Moms premiered on Lifetime, July 10th, 2022, to rave reception, might I add!

This film was shot last October 2021, here in Clearwater. It’s a Pinellas County affair! The film centers around a group of PTA moms, led by the very competitive Vanessa Vanderburg. The protagonist, Gail Gardner, tries to acclimate to this new area after moving with her husband and daughter. Mayhem and drama ensue. It screams all things Lifetime.

As for my involvement, I played the feisty Principal Marta Gutierrez, and was featured in two key scenes of the film. I had the privilege of being on set, working well into the early mornings bringing this character to life.

The first scene revolves around a school Halloween Party, where I judge a group of moms participating in a (very high stakes) costume competition, setting off the narrative competition between the two protagonists.

In the second scene, toward the middle-end of the movie, I reprimand the daughters and mothers for fighting and then consequently suspend the two dueling girls. It’s a nice contrast to the former scene. I’ve included some pictures below to show snippets of my performance.

I can say, as of now, that I was in a Lifetime movie and that I’ve been on TV in a major way. Never in my wildest dreams would I have imagined that this would be an option for me, ESPECIALLY starting out as an opera singer. Truly a dream! You can now check out Nightmare PTA Moms on Amazon Prime, Lifetime and Lifetime On-Demand, Youtube and Hulu (for a fee)!

I welcome more opportunities like this one and hopefully, this will open more doors for me 🙂