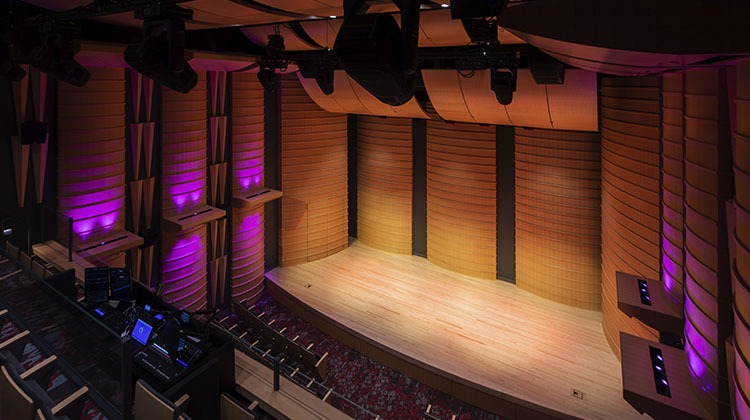 A Multimedia Mystery of Stillness

. . .
Svetozar Ivanov isn’t an artist who thinks inside the box.

His concerts are unpredictable adventures, a flurry of mixed art forms, where boundaries don’t exist and expectations quickly vanish.

Need proof? Think back to last year, when Ivanov offered a performance of 4′ 33′′  by the avant-garde modernist, John Cage, who instructed the pianist to sit quietly for four minutes and 33 seconds – never touching a key. Listeners had little to do but reflect on the value of silence.

Fast forward to this weekend and his next act, “The Mystery of Stillness,’’ when Ivanov teams up with singer and dancer Sara Elisa Villa for a collaboration in music, film, movement and visual art. People should bring a healthy attitude to the event, Ivanov says, because this isn’t a traditional concert.

“Our hope is for the audience to come with no preconceived ideas,’’ he says. “People should just let their senses lead them through the program. For some, it would be more of an emotional experience, and for others more of an intellectual one. But either way, just take each vignette as one event where none are more important than the others.’’

Ivanov says he and Villa sought out “the connections between the different elements of music, animation, singing, film effects and dance, and the sensations and emotions that these connections can bring.’’
. . .

. . .
Aside from his own keyboard skills and work as a composer at the University of South Florida, where he’s taught since 1999, Ivanov is known for unusual concert formats that blend various media, including internet streaming.

For a taste of his style, check out his DVD Perpetual Tango,  which explores the synthesis between music, movement and multimedia and was inspired by Jean Cocteau’s 1930 film The Blood of a Poet. Other video projects include Music of Shadows and the Poetry Series, a literary inspired collection of ten short films.
. . .

. . .
His goal has always been to promote artists and platforms that he finds intriguing, and to expose audiences to thought-provoking viewpoints.

“The beauty of art is that it’s very subjective,’’ he adds. “We can never satisfy everyone’s desires or expectations. We just need to be sincere, honest, and passionate about what we create.

“The program that Sara and I are presenting is difficult to label – it’s not a concert, it’s not a film. I believe it offers numerous different interpretations to the audience. And everyone can take from it whatever is close to them and whatever moves them.’’

Villa believes the program will have as much impact on her as it will the audience.

“Over the years, I’ve come to believe that we don’t create or consume art for the art itself, but for what the art does for us and to us,” she says.

“Many of the unusual elements in this project have done a lot to me and for me, adding another dimension of wonder, tenderness, vulnerability and honesty to my contribution, which I hope to invite the audience to feel in whatever way their senses take them.”

The two performers will tour “The Mystery of Stillness’’ at venues in the United States and Europe beginning in November.
. . .

“The Mystery of Stillness” – nine multimedia vignettes inspired by poetry