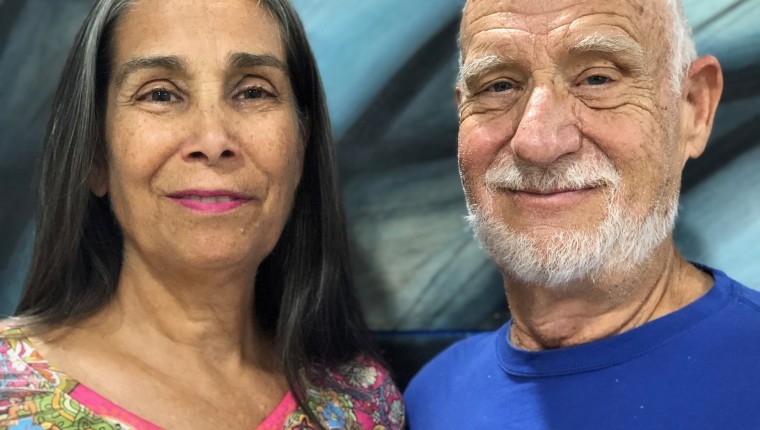 Carol Mickett and Robert Stackhouse have been making art collaboratively for over 22 years.  They make two-dimensional and three-dimensional place-appropriate art that focuses on water and water related issues.  Museums, private collectors, commercial developers, and state and local governments collect and commission their work.  During their years of collaboration, Stackhouse and Mickett have been featured guest artists at the International Print Symposium in Cortona, Italy, completed a 160 ton Indiana limestone sculpture for the Michael Graves Artspark in Indianapolis, installed a twenty-eight foot bronze walk-through sculpture commissioned by the Hunter Museum of American Art in Chattanooga, TN, and created a 42-foot long walk-through stainless steel and glass sculpture with a 72 foot long mosaic of the rapids of the James River in the lobby of Gateway Plaza in downtown, Richmond, VA.

Carol Mickett worked for over a decade in academia, holds her Ph.D. in philosophy, is a member of Phi Beta Kappa, and graduated summa cum laude. Mickett has received numerous grants, presents lectures, performs in theater productions, and has published essays, poems, and interviews in Canadian Philosophical Review, Hypatia, Prairie Schooner, New Letters, and Arts Coast Journal among others.  She was the host/curator of Art Laureate Conversations for Creative Pinellas and for Our Town at the Dali Museum, St. Petersburg, FL, and the host/producer of Art Radio in Kansas City, MO.  She sits on the Tarpon Springs, FL, Sustainability Board, and the Boards of Pinellas County Urban League, and North Pinellas Advocates for Racial Equity (NPARE).

Robert Stackhouse holds an MA in art from the University of Maryland and an honorary doctorate from University of South Florida, his alma mater.  Stackhouse is professor emeritus from the Corcoran College of Art where he ran their BFA program.  Prior to his collaboration with Mickett, he was a widely exhibited sculptor, painter, and printmaker. He has held endowed chairs at the University of Denver, Hartford Art School and the Lamar Dodd School of Art at the University of Georgia.  His individual work can be found in museum collections around the world including the Museum of Modern Art, the National Gallery in Washington, DC, The National Gallery of Australia, the Phillips Collection, and the Hirshhorn Museum and Sculpture Garden.

Mickett and Stackhouse were the 2020 Creative Pinellas Art Laureates and honored with a Creative Loafing Best of the Bay Critic Award for the science conversations they conducted during their Expanding Waters exhibition at the Creative Pinellas Gallery.  They are honored to be Artists-At-Sea, in 2021, aboard the Schmidt Ocean Institute’s ocean-research vessel Falkor. They are continuing their collaboration with theater and dance through their work with choreographer Paula Kramer, dancer Helen Hansen French, and musician John O’Leary for BEACON 2022.  Their show, Balance of Water, opened at the Leepa Rattner Museum of Art on May 21 – August 27, 2022.   An array of their work is at Innisbrook Resort as part of Creative Pinellas’ Beyond The Walls.  Robert Stackhouse’s sculpture Ghost Dance is the focal point of Renewal, September 15 – December 17, 2022, in the inaugural show reopening of the George Washington University gallery at the Corcoran, Washington, DC.  Their painting Currency: Climate Exchange is to be included in Americans for the Arts’ Arts Links magazine special edition on Arts and Climate Change. 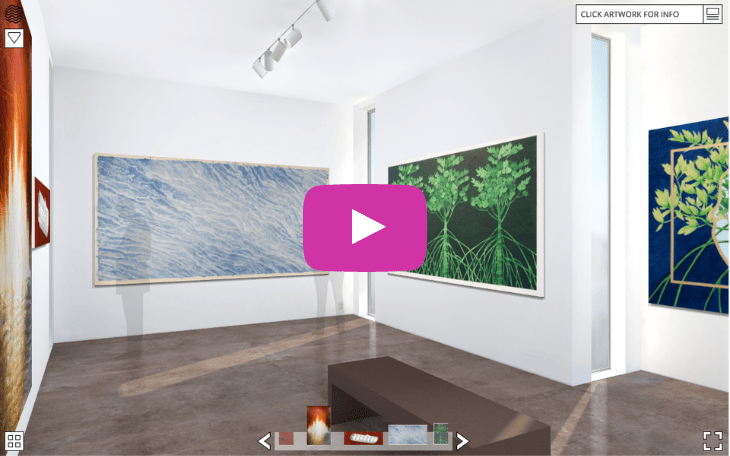