Every year a staggering number of bloggers, newspapers, authors, magazines, celebrities and book sites offer up Best Books of the Year lists.

What books are readers in Tampa Bay putting on their 2020 lists?

In search of an answer, I consulted this master list on a blog called Largehearted Boy where for the past 13 years David Gutowski has been aggregating year-end best book lists.  As of mid-December he had catalogued nearly 1,000 sites, from the Best Dog Books of 2020 (The Dogington Post) to the Best Boating Books of the Year (Yachting Monthly).

I found, however, only two Florida-based lists on Gutowski’s site. Well, three. But none of them, alas, came from Tampa Bay – Sarasota Books where the staff of Bookstore 1 in Sarasota offers its picks) and South Florida Sun-Sentinel (where the state’s veteran mystery critic Oline H. Cogdill offers up her favorites), plus a list by Stephen King (who lives part-time in Casey Key).

So I decided to create my own Tampa Bay Bibliophiles List of Best Books of 2020. First, I discovered a list curated by Cultured Books, a local pop-up children’s bookstore which operates along The Deuces in South St. Petersburg (see a sample of that list below). Then I solicited titles from local book lovers. I asked everyone willing to participate to supply five titles that got them through this annus horribilis.

I got generous responses — from a bookstore, a journalist who writes books about Florida, a literary writer; a mystery writer and magician; a deputy mayor; a museum docent; a New York Times bestselling author; a USFSP professor; a poet laureate; a champion of Black women authors; a champion of readers, writers and lovers of words; a director and actor and an Eckerd professor.

“Narrowing my list down to just five books was TOUGH,” admits author Craig Pittman. Some added a few more. Author Lisa Unger said that she hates doing “best of” lists. “I fear leaving out one of my friends, or worthy books – because I read so many!”  she wrote.

Some couldn’t resist adding a few more than five and not all of the titles chosen by the participants came out in 2020 (many of us reached back and found older books that called out to us). Unger included titles from 2021 that she read (she says she’s lucky to receive advanced copies of books).

All of us confessed these books gave us comfort somehow in this extraordinary year.

Book editor Colette Bancroft told me she was planning a Best Books of 2020 for the Tampa Bay Times book pages and would send me a link when it posted (I suspect many of her titles will be by authors whom she interviewed for the all-virtual Festival of Reading this year. The interviews are archived at festivalofreading.com).

Several titles cropped up on more than one list, including Octavia Butler’s 1993 science fiction classic Parable of the Sower about a zealot who is elected to “make America great again” and Oyinkan Braithwaite’s 2018 My Sister, the Serial Killer, longlisted for the Booker Prize – as well as several 2020 titles whose authors have Florida connections. . . Shoreless a book of poetry by Enid Shomer, Squeeze Me a satirical novel by Carl Hiaasen, Summer of the Cicadas a novel by Chelsea Catherine, Moonflower, Nightshade, All the Hours of the Day a collection of short stories by JD Scott, Cat Tale: The Wild, Weird Battle to Save the Florida Panther non-fiction by Craig Pittman and Fair Warning a thriller by Michael Connelly.

The choices were a mixture of fiction (both mainstream and experimental) and non-fiction, old and new. They all, however, were books that gave us comfort in this extraordinary year.

And my own list ? Here are the titles from 2020 that I highly recommend:

Craig Pittman is right. It WAS tough to keep that list to just five. If only I could add five more… they would be…

The lists sent to me have given me a lot more books to put on my 2021 TO READ list.
I hope they inspire you, too. 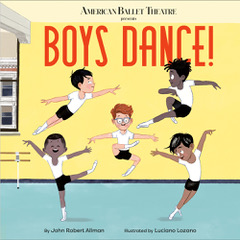 A pop-up children’s bookstore headquartered at The Well at 833 22nd St. S. in St. Petersburg, Cultured Books promotes books that foster love of self by showing positive images and sharing great stories about people of color.

Here’s a sample from Cultured Books Best Books of 2020

Tombolo at 2153 1st Ave S in Saint Petersburg this month celebrated its first year as a brick-and-mortar bookstore, an impressive accomplishment in a pandemic. The 2020 recommendations sent on by the Tombolo team were all about Florida authors and Florida books. 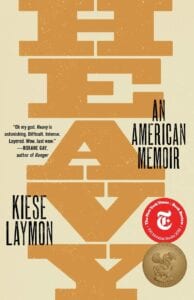 Kanika Tomalin, the Deputy Mayor of St. Petersburg, is a 2020 author herself. Her St. Pete Eats: A Cookbook, includes recipes sourced from restaurants around St. Petersburg with a healthy twist. The cookbook is part of her ongoing initiative Healthy St. Pete, which focuses on creating access to healthy food options, implementing free fitness zones in city parks and adding resources for individuals and families to make healthy living easier.

Helen Huntley, a docent at the James Museum, leads the museum’s currently virtual Book Club. All five books on her list — four novels and a work of non-fiction — were published in 2020. The last two — a debut novel set at at the end of the American gold rush and a debut thriller set on a Native American reservation in South Dakota — are James Museum Book Club picks for 2021.

The executive director of Kitchen Table Arts Center – which aims to build awareness, appreciation, and support for women of color and Black women writers, poets and their work – Sheree L. Greer sends emails with a quote by poet Lucille Clifton that seems particular apt during this pandemic: “May the tide that is entering even now… carry you out beyond the face of fear.”

Her five favorite books of 2020 are equally inspiring – an urban fantasy novel, two short story collections, a psychological thriller, and a book of poems, all by Black women and all published in 2020.

Helen Pruitt Wallace is the Poet Laureate of St. Petersburg. For her Best Books list, she explains, “I’ve kept my list to poetry and memoir and left off many new favorites by poets I’ve hosted this year in the Dali Poetry Series. Too hard to choose among them!”

Her choices include a memoir by a former U.S. poet laureate, an illustrated collection of essays by a poet about the natural world and three books of new poetry, including one by another former poet laureate of the United States. “Several of these,” she says, “I’m still savoring, but I guess that’s what we do with books we love!”

Janet Keeler teaches in the Journalism and Digital Communications Department at USFSP where she launched the Food Writing and Photography Program, which offers a graduate certificate. Keeler also spearheaded the university’s Food and Travel Writing study-abroad program. 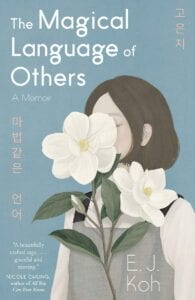 A Colombian-American writer and translator and Eckerd College professor, Gloria Muñoz picked books by authors with roots in Argentina, Nigeria, Korea, the United States and Peru. Four novels and a memoir.

Maureen McDole is a poet and founder and executive director of Keep St. Pete Lit, a community of “readers, writers and lovers of words.”

For her five favorites of 2020, she went with “mostly local writers.” Two books of poetry, a dystopian science fiction book, a debut short story collection and a novel. All were published in 2020, except Number 1, a book of poems by Orlando’s poet laureate, which came out in 2019. 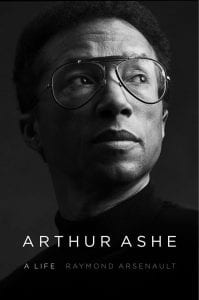 Bob Devin Jones, a playwright, makes a living acting, directing and supervising TheStudio@620 (which he co-founded) as its artistic director.

His favorite titles of the year is loaded with titles by writers with ties to Florida – Ray Arsenault, Gilbert King, Roy Peter Clark, Denise Lehane, William F. Felice, Peter Golenbock (with Richard Painter) and “no less” Jack Kerouac. Here, as he puts it, is his “unexpurgated” book list:

Craig Pittman, the author of Oh Florida! How America’s Weirdest State Influences the Rest of the Country, published Cat Tale: The Wild, Weird Battle to Save the Florida Panther on the eve of the pandemic: January 21, 2020. 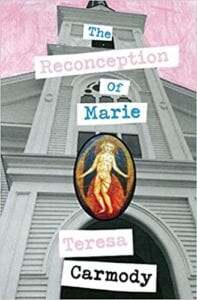 Since Sarah Gerard’s True Love came out in July, the novel has landed on an impressive number of 2020 lists, including Most Anticipated Book of the Year by both LitHub and The Millions, Entertainment Weekly‘s 30 Hottest Book of the Summer, Refinery29‘s 34 Books You’ll Want To Read This Summer, Shondaland‘s 15 Hot Books for Summer, Chicago Review of Books‘ 10 Must-Read Books of July and Glamour’s The Best Books of 2020.

For her own favorites, she chose a coming of age novel by a queer girl in a right wing community of Michigan, a memoir of growing up in Oklahoma, a novel in translation by a Japanese author living in Germany and two classics – a 1993 science fiction novel by a Black American and a meditation originally published in 1919 from a poet who is an icon for LGBT rights and feminism. 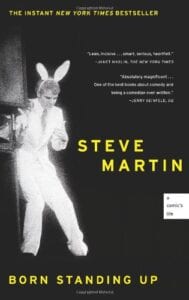 Jim Swain who lives in Odessa, is a mystery writer and a magician (before the pandemic he was performing magic tricks weekly at the Hollander). In 2020 he published his 22nd book, No Good Deed, the third in his Florida-based series starring ex-Navy SEAL Jon Lancaster and FBI Agent Beth Daniels. (The second in that series, No Good Deed, was set entirely around Tampa Bay.)

Sending on his favorite books of the year, he writes: “It’s an eclectic list (fiction, non, biography, philosophy) but that’s how I tend to read. There are a couple of titles which weren’t published this year, but provided great relief to me during these troubled times, especially Jordan Peterson’s book which I recommend to all my friends. Here’s to a better new year.” 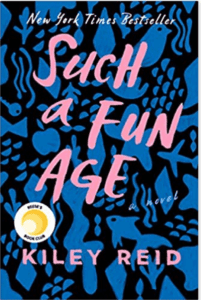 “Here are a few books that really transported me this year,” she says, “two published in 2019, and the rest coming up next year. Not precisely a ‘best of’ but definitely a couple of my favorite pandemic reads.”