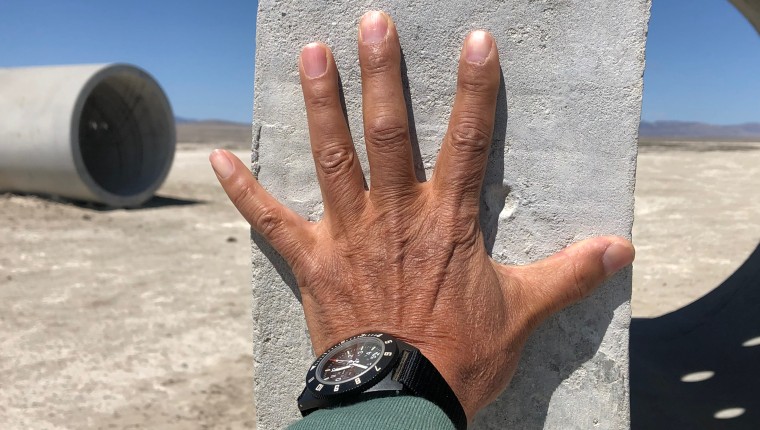 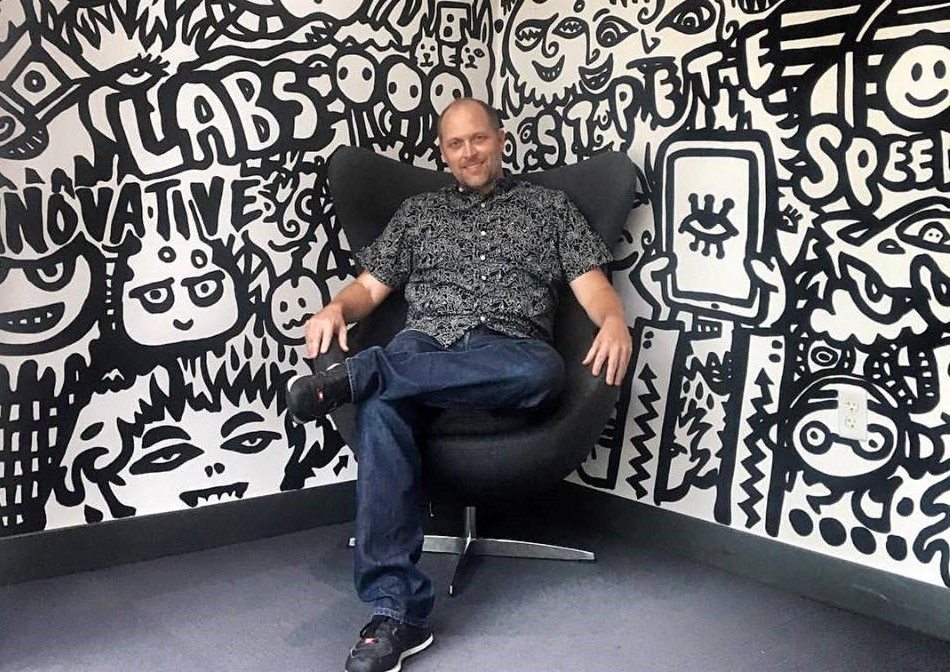 St. Pete’s King of Pop divulges what he has going on April 6-7, including a film-inspired show he’s curated himself.

Don’t let Mize’s playfulness and frequent use of pastels fool you — the 43-year-old artist advocates for peace and compassion, and he can be downright outspoken on political issues and human rights. Aesthetics-wise, his works seize you with color, cool hybrids of contemporary and vintage-inspired commercial art,  expert illustration and uniquely conceived, thought-provoking imagery. Some works are more whimsical and feature Keith Haring-like crowds of cartoon characters and objects. Others, pop icons like Twiggy or Prince.

Look outside while meandering downtown St. Pete. Chances are you’ll spot one of his eye-catching murals. His commissions even include an eatery on Clearwater Beach, Badfins Food +Brew.

Mize, who grew up in Bradenton, has a reputation as a reliable collaborator and cultural supporter. He helped coordinate the St. Pete Shuffle Friday night events, and he displays works by and with artists of all experiential levels. American Stage featured him in the lobby in conjunction with their production of Marjorie Prime.

“I’m really about process,” he says, adding that he likes to post his work in all stages of creation on social media.

Mize works not only come in many colors and moods; they tap into our nostalgia, emotions and conjure the familiar, from beloved memories of TV shows to images of actors to cartoon characters and pop stars. His ingenious, Sesame Street-inspired Bernie Sanders illustration “Bernie,”  a hybrid of Bert and Ernie, could be seen everywhere during the 2016 Presidential campaign. His hybrid butterfly creature combines a Peter Max-like winged creature with Mrs. Roper from Three’s Company and just one word hovering above: “Life.”  His “Gay Pride cat gonna lick you and make you gay” shirt amuses with a twist on a dire human rights issue — personal to Mize as he’s openly gay amidst today’s regressive climate.

As much as Mize finds inspiration in existing media, he is just as capable of conceptual work too. One of his past art shows at The Bends, Tokyo Seahorse, derived inspiration of the hippocampus and the bold, colorful patterns of modern Japan to combine a variety of mediums to illuminate and entice the viewer.

The artist and curator’s latest chapter, as many of you might have read in the Times, involves his new space in the making, MIZE Gallery. He plans to open on weekends with occasional public art shows and events, and by appointment.  It will also serve as a meeting spot and venue for alternative media — he hopes to present film screenings and artist talks. Of course, it will feature his prints and swag, too, and a special edition of the World Tour shirt available only at the gallery.

Speaking of weekends, you’ll often see Mize out and about in the Burg on weekends supporting local artists. The local art star gives us his personal recommendations for Friday and Saturday, including a show he’s organized himself:

Saturday, April 7
7-11 p.m.
CHIZZY & Black Amethyst Tattoo Gallery present
100 FILMS PART 2 at Green Bench St Pete
In the show, 100 artists interpret a selected film on a 12×12 panel. Continues to MIZE Gallery and Black Amethyst for months of April/May. Promo video: vimeo.com/259981654
What he has to say about it: “First show I’ve helped curate in a while and a great start to my new gallery space.”

8-11 p.m.
Look at Me Art Exhibition at Iberian Rooster
What he has to say about it: “Intrigued to see what each artist does to interpret themselves.”