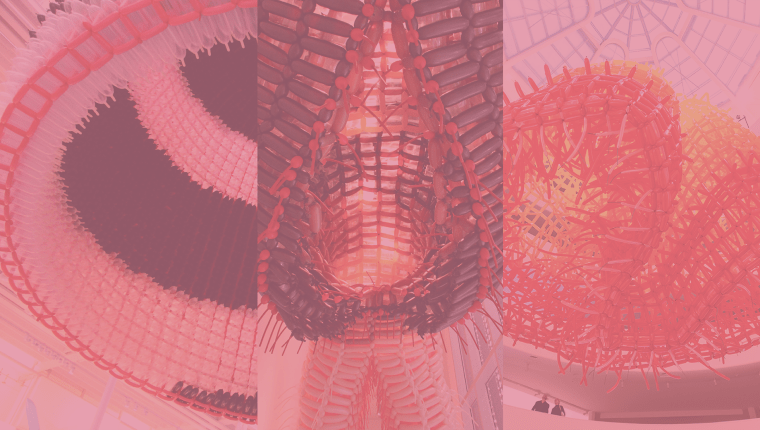 After months of planning and construction the Celestial Fish was crated up, delivered and installed in Roswell, GA, as part of the Art Around Roswell initiative. Sponsored by the Roswell Arts Fund, a powerful voice and advocate for the arts, strengthening the scope, quality, and diversity of the arts and striving to fully integrate the arts into the social and economic fabric of the local community.

The sculpture is based on a design I did in New York eleven years ago called Tripod Fish. As with that piece, this one stands on two front pectoral fins and one rear fin. The circular spots on the side of the fish are made from an eclectic combination of gears, pulleys, rings, and car parts that represent the planets of our solar system, while the many small perforations look like stars, hence the name, Celestial Fish.

Being much larger than it’s predecessor, it tops off at 10 feet tall and almost 11 feet long. I utilized the construction method I developed for the Dream Sparrow and Big Ibis – ¼” round armature strengthened in critical areas with heavier plate steel and sheathed with the perforated transmission valve body plates and gears.

It’s always difficult to layout the first outline of a big piece in ¼” rod. There is nothing to brace the initial large curved circles against and it begins as a very unwieldy process. Slowly the desired form took shape, but the fish armature was more uncooperative than usual due to it being in essence an eight foot diameter thin discus shape.

Midway through the first week of work, I decided to give the “discus” a gentle curve, making the body more elegant and fish-like. This curvature added more complexity to the construction of the armature and necessitated unanticipated changes in the design. On a large piece, even small changes are a lot of work.

The three supporting fins are each a sandwich of two identical plates joined together by a 1/2” solid steel rod that runs continuously around the perimeter edge. The three fins will appear to be made of thick plates and have the rigidity to solidly support the fish. In reality the three fins are made up of six plates and 30 ft of rod.So far I haven’t had to purchase any major material for the fish apart from $85 worth of rods. I have been very fortunate to get a lot of 14 -16 gauge steel sheets from a local company that makes industrial doors. They have a lot of scrap and excess material and were kind enough to let me have some of it. Also, Kris, owner of a local transmission shop has been kind enough to put gears and valve body plates aside for me.

I made full size stencils for the fins and transferred them to the steel for plasma cutting. Once I the fins were cut and welded onto the body, the fish was freestanding.  It’s a great advantage to be able to construct the rest of the sculpture from the vantage point of exactly how it will be seen.

The tail fin is likewise made of multiple plates of steel welded together. It is a essentially a sandwich of three plates, the two outer plates are identical and act as supporting crescents for the center plate which forms the full shape of the tail fin.

The head section was the most challenging piece, being 6 feet tall and 30” wide. It had to conform to the curve of the circumference as well as taper out to accommodate the thickening of the body near the gills. It also has to convey the personality of the fish and contain a rather complex mouth and support the eyes.

A video crew from WEDU  was on hand to document the process. (see the Arts Plus video here)