Vaughn in the Old Chair

This is an image of my youngest granddaughter, Vaughn. I set her in front of dark bushes in contrast to her light complexion and white shirt. The sun had just set behind the trees and warehouses behind me, so the limited light forced a wide-open aperture of F5.6 with a 1/30th of a second shutter speed. I tried shooting Vaughn standing, but she is only four, a very active kid and though she tried, her head, hands and feet were twitching as though her body had an automatic mechanism to release its energy. (I could have let her stand, squirming and just shot at a very slow shutter speed to see the effect, but I didn’t. As usual I was after a portrait with sharp eyes.)

Anyway, I pulled an old black chair from my son-in-law’s warehouse and had Vaughn sit in it. She instinctively gripped the arm rests. This stilled hands and feet. I took two shots. She is only four, however, so when I told her to look at the lens, she instead kept moving her head to look at me as I stood next to the camera holding the cable release. She is used to her mother shooting her while looking through a 35mm camera, so the concept of staring at a lens with no one’s head directly behind the camera probably confused her.

I tilted the lens on the front standard downward vertically fairly far to soften all but the eyes. Interestingly, though I failed to notice it on the ground glass, this resulted in a plane of sharp focus that included not only her eyes, but also the delicate fingers of her left hand and the tops of the bushes several feet behind the chair. Because the horizontal plane of the chair was tilted to Vaughn’s right, her right hand is not in sharp focus. Another learning experience. If I shot it again, I would align the chair so both her outstretched hands were sharp. The tiny hands of children can compliment the innocence captured in their soft faces and expressions.

Overall, I am contented with the image. I look forward to enlarging it in the darkroom. It will have rich tones on fiber base paper, and the 4 x 5 negative size will reveal the tender details of a child’s body. This is the type of classic portrait that I believe will reveal something to future viewers – perhaps her own grand children – generations from now. 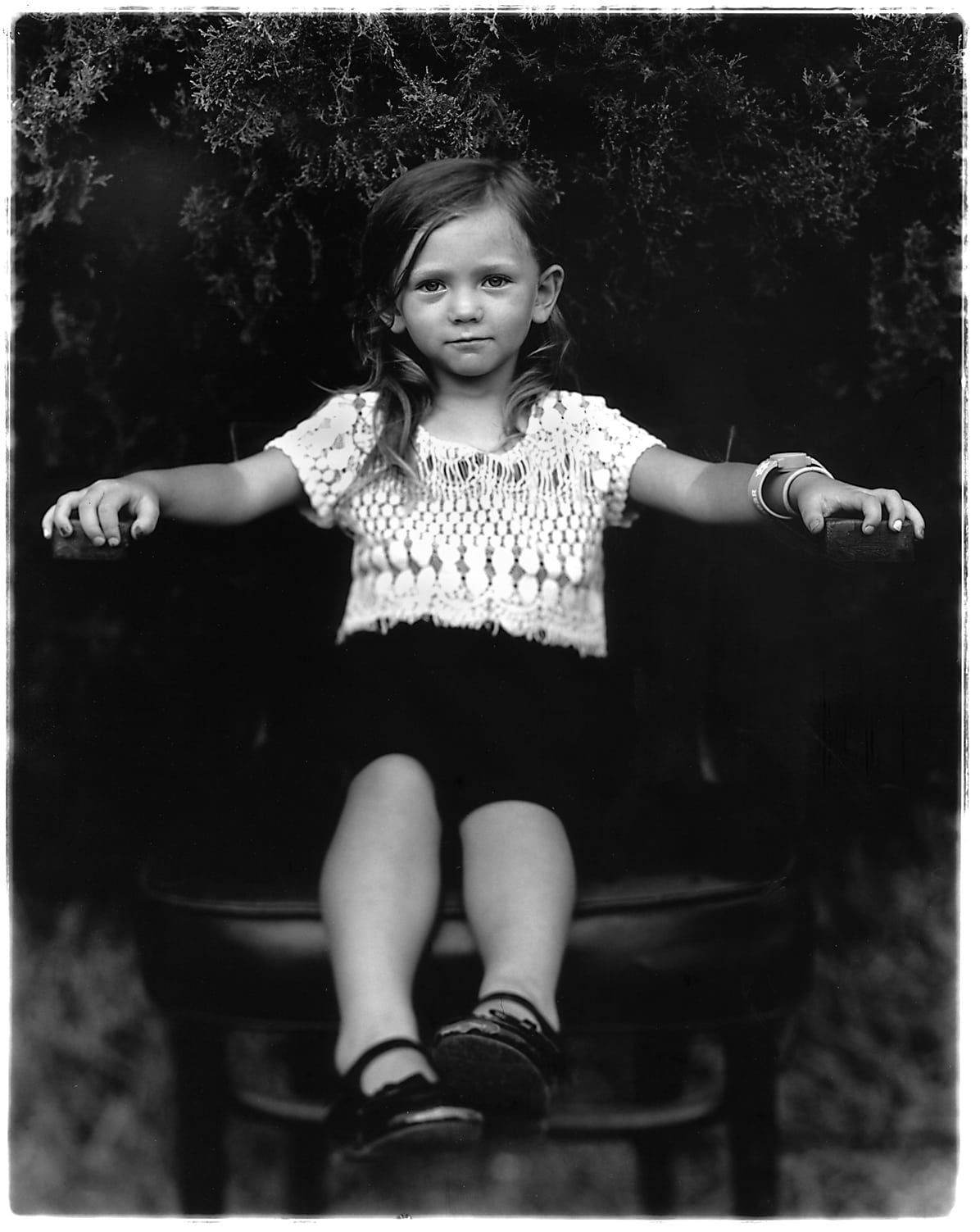