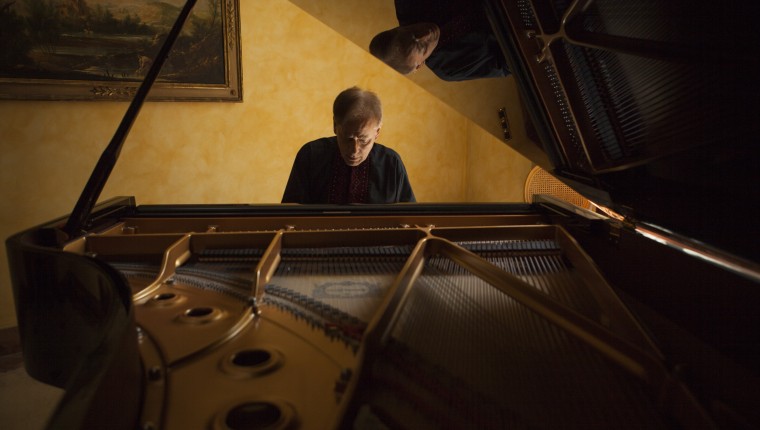 USF Piano Series Tunes into
the Adventurous and Unexpected

What is the most important piece of piano music ever written? Something by Beethoven, Liszt or Chopin?

How about a work no one has actually heard, because it contains not a note of actual sound from the keyboard.

This would be 4′ 33′′ by the avant-garde modernist, John Cage, who instructed the performer to sit quietly for four minutes and 33 seconds – and invite listeners to reflect on the value of silence.
. . .

. . .
The work changed the way musicians and audiences interact, and even how programs evolved. Yes, we can always attend a concert of traditional favorites, but isn’t it exciting to throw ourselves into unexpected and challenging repertoire that tests how we listen?

This is a premise of the Steinway Piano Series at the University of South Florida, which offers five free Sunday afternoon recitals from October through April. Now in its 17th season, the series at the university’s Tampa campus is the brainchild of Svetozar Ivanov, professor of piano at USF since 1999.

Aside from his own keyboard skills and work as a composer, Ivanov is known for unusual concert formats that blend music with other art forms. These include documentary footage, art films, animation, poetry, short stories, live dance improvisation, paintings, lighting design and live internet streaming.

“My goal has been to promote artists that I find interesting and intriguing,’’ Ivanov says. “I often bring artists who I think offer something different, even if it’s controversial. I like to challenge the audience from time to time with out-of-the-mainstream performers and repertoire.’’

For a taste of Ivanov’s style, check out his DVD Perpetual Tango, which explores the synthesis between music, movement and multimedia. His latest video projects include Music of Shadows and the Poetry Series, a poetry-inspired collection of ten short films.

Here’s a list of events for the upcoming season

Ivanov presents a collection of short multimedia performances, each featuring the work of one poet integrated into the musical ambiance of a particular composer. Additional artistic ingredients are added, drawn from dance, film footage, animation or painting.

Fancy – for Two to Play

. . .
The Collective Worlds of Debussy

A prize winner from numerous international piano competitions, Xiting Yang explores the influence of French Symbolist poetry, Gamelan music, American vaudeville and the impact of Wagner on the music of Debussy.
. . .

The season ends on a conservative but engaging note, featuring pianist Arthur Greene. Described as “a profound musician” (The Washington Post), and “a masterful pianist” (The New York Times), he presents an afternoon of popular works by Bach, Beethoven, Chopin, Rachmaninov and Grant Still.
. . .

Tickets are free – not even a handling charge – but must be reserved in advance through Ticketmaster. A direct link for each concert can be found by typing Steinway Piano Series into the search bar on the Ticketmaster website.