In honor of Banned Books Week, which takes place September 23-29, the Dramatists Guild of America and the Dramatists Legal Defense Fund have once again partnered with PEN America to present Banned Together: A Censorship Cabaret. The show will hit the stage in 13 cities throughout the United States, including St. Petersburg.

The show celebrates songs and scenes from shows that have been censored or challenged on America’s stages, including Cabaret, Fun Home, An Octoroon, The Complete Works of William Shakespeare (Abridged) and Rent.

“Our goal is to raise awareness of issues surrounding censorship, free expression and First Amendment Rights,” says Amy VonMacek, the Manager of Business Affairs for the Dramatists Guild and administrator for the Dramatists Legal Defense Fund.

She adds, “Many people have heard of Banned Books Week, but we also face censorship and have works challenged in the theater world as well. It’s so important that we raise awareness of this.”

The free performance is directed by Bob Devin Jones and features an ensemble including Sharon Scott, Jordan Stovall, Doug Hall and talented students from the USF School of Theatre & Dance. Tom Sivak is the music director. 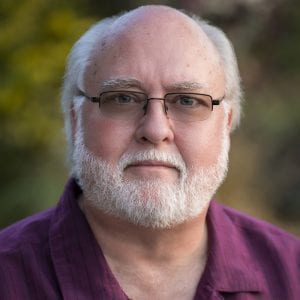 Love v. Death is the true story of Carl von Cosel, a Key West man arrested in 1940 after authorities discovered the dead body of his fiancée, Elena Hoyo, in his bed. She had passed away seven years earlier from tuberculosis.

Von Cosel couldn’t bear to live without her, though. He unearthed her body and brought it home.

But Von Cosel was lauded by the media and general public, Sivak says. “Carl did horrible things. In spite of this, the public accepted and revered him. One newspaper headline called him one of the great romanticists of all time.”

Sivak adds, “It’s one of the most bizarre stories to ever come out of Florida, which is saying a lot.”

She adds, “I’ll be interested to see the audience’s reaction to the piece since the story centers on a very unusual romantic relationship and the community’s response to it.”

Events like this evening’s celebration of challenged and censored theater works are especially important in this current cultural and political climate, she says.

“I think it’s a really important time for American artists to make their opinions heard,” Daignault says. “We’ve generally enjoyed a great deal more freedom of expression and freedom of the press than a lot of the world, but now we’re seeing a stifling of journalists with our current administration and our politically divided society is grappling with the definition of what is true or not.”

Love v. Death features Samuel Hall, Stephanie McCranie, Timothy Wilt and Melissa Misener. Choreographer and dancer Helen Hansen French created an original pas de deux for the show, which she will perform with Fernando Chonqui. Sivak will accompany on the piano, along with Dan Kalosky on bass.

The performance will be followed by a talkback with the audience.

He explains, “Just to be clear, Carl is the lead character in my show. He was also the author of an article published in 1949 in which he describes the entire affair in detail. He wrote in a flowery and evocative style and I used his exact words whenever possible.

Find out more about the Dramatists Guild of America,
the union for playwrights, librettists, composers and lyricists,
at dramatistsguild.com