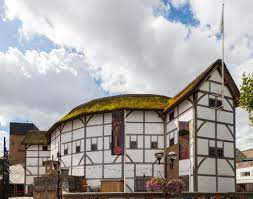 As our company in Prague battles with Covid outbreaks, I am thinking about how Shakespeare’s world of theatre survived near devastation from the Bubonic Plague, which claimed nearly a third of London’s population.

Plague had posed an ongoing danger in England since before the time of Shakespeare’s birth, but a particularly devastating outbreak of the disease swept the country in 1593 and lasting at least a year. Shakespeare’s company was unable to perform because of the pandemic. The queen’s advisors (called the Privy Council) moved to close all public theaters. The Privy Council viewed the theaters as crowded wellsprings of disease, especially lethal in times of plague, and it moved to shut down operations in the interest of public health. The official rule was that once the death rate exceeded thirty per week, performances would be canceled. Yet, some of Shakespeare’s best work was written in his several different versions of lockdown and quarantine (shut downs were ongoing in London throughout Shakespeare’s life and career). It is believed that King Lear, Macbeth, Timon Of Athens, and the epic poems Venus And Adonis and The Rape Of Lucrece (which were likely written as commissioned works) were written during periods of shut down.

Restrictions on the theatre spurred the development of “closet drama,” a play not intended for public performance onstage but to be read aloud as a solo or group, much in the same way that many theaters of the Covid era are experimenting with online presentations of the theatrical experience, attempting to maintain community engagement and entertainment. On a hopeful note, once the theaters of Shakespeare’s era reopened, audiences returned to the companies that survived (not all of them did, as not all of our modern theaters have survived Covid). Perhaps that means today’s audience will head back to the theater, wanting that shared communal experience and the magic of the stories being told. But attending a theatrical experience is a commitment involving both time and money, and it does appear that the drive to make that commitment is not as strong (or perhaps as “normal”) as it once was. I think we may see more theatre looking for new tricks and hooks to bring in audiences- at what artistic cost remains to be seen.