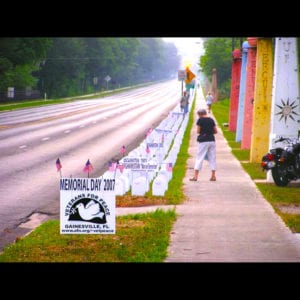 So, my lovely friend tells me she is making a Zoom presentation to about 30+ people, a serious, engaged group. The topic for discussion?

Why the Arts Still Matter…Could I please, send her my response?

“I certainly understand if you don’t want to do this but here are the four questions:

A wave of nausea hits, panic. I can’t say no. I’m supposed to be a leader in the community. I struggle to say yes and hardly know where to begin.

How do I give ontological answers to questions justifying or explaining my existence, Life and raison d”etre?   Can I just say, that yes, the Arts still matter because I was always an Artist?

Is it fair to say that I couldn’t help being one? Would that be enough to convince this group and society at large that some kind of divine plan is at work?  I mean… it’s not like I could help it or anything. As a kid, drawing around the kitchen table, I remember with complete clarity, the moment my Aunt pointed out that the head on my self-portrait, a stick figure, was too big. She was absolutely Correct. I was stunned at this truth… I was three years old.

In elementary school, I was always chosen to draw Christmas trees and pumpkins on the board for holiday atmosphere. Before I knew to be shy, I asked my teacher if I could do a performance for my class, a monologue (based on my uncle), of a sunglass-wearing, bongo-playing beatnik. The class loved it. When the teacher invited other classes in for more performances—I was mortified at 8,  asking myself, Why did I ever think to do that?

My public art projects receive Awards of Excellence for projects that “enhance the quality of life, exhibit long-term vision, innovation, design quality and environmental sensitivity”. I was one of the 5,000 design teams in the world to contribute a proposal for the World Trade Center Memorial.

My multidisciplinary works, include large scale public art works and plays and scripts about artists—and what it means to be one. I often speak for my characters, and they speak for me. Perhaps, my work can speak for me, through three personal visions, one of a large public art project, the Solar Walk in Gainesville Florida; two plays, stories of the lone, artist Ezmarelda in Waiting for Guacamole and famous figure, Auguste Bartholdi, artist of the Statue of Liberty in LIBERTAIRE and poem (attached) called GI BILL about an artist who went to war, my father.

The Solar Walk, with seating and planetary sculptures, is an award winning, pedestrian walkway featuring the planets in a billion to one ratio solar system. Mosaics, and integral colored, concrete engraved with inspirational quotes are featured on the Walk. Not far from the University of Florida, it is an icon in the community, well loved by the City of Gainesville, abutting schools, a park and The Hogtown Nature Preserve, 70 acres of majestic forest and wetlands with pristine creeks, streams, and wildlife.

Year after year, Veterans create an anti-war installation of tombstones along The Solar Walk on Memorial Day. Iconic art critic, Suzi Gablik, notes of this phenomenon, “The joint installation of the Solar Walk, with it’s cosmology going down one side of the road and the tombstones running side by side near it, needs no interpretation. Like a haiku flash, one is very quickly drawn into the terribleness and grief of war.” (Ironically, Gainesville city officials tried to shut down the installation at the height of war in 2007-2008). 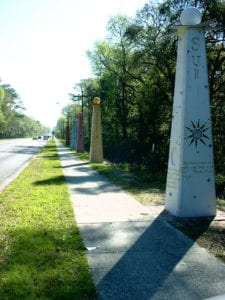 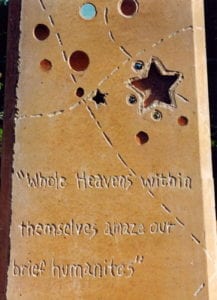 I often find myself doing what artists have always done when life embraces the dark side. I am addressing political themes and issues, because art can do things that nothing else can do. I believe the poet Adrienne Rich when she says, “Cultural shifts happen only after artistsʼ fantastical creations act as a mirror for society.”

Picasso condemned the Nazis’ for bombing a small town in Spain and painted Guernica. Goya’s work was full of sarcasm about the monarch and his country’s political positions. Daumier created scathing and vicious political cartoons, which cost him a prison sentence.

The French writer Victor Hugo wrote political pamphlets against Napoleon III. He had to live in exile. The Dixie Chicks were blackballed and kicked out of Nashville for statements against the War.

Enclosed a poem called “GI Bill” revealing the personal account of my father William Indianos. As a wounded WWII war hero, he returned home to face the ironic position of a country and Congress reluctant to approve the GI Bill, citing a GIʼs “diminished incentive to work” as the reason.

LIBERTAIRE (produced 2017 and 2018) takes place in the arena I know so well, that of the site-defining public art project, where everyone always tells you no before ever saying yes.

It is the story of the woman nobody wanted…and the two men who fight for her; one to create her, the other to give her a home. One eats out of garbage cans, the other worries he’s as crazy as his locked up, lunatic brother—it’s the untold story of Joseph Pulitzer, Auguste Bartholdi and Lady Liberty. Neither anticipated the resistance, the antagonism LIBERTY would endure. I understand the territory.  My family escaped the Greek Genocide to make a home in America. Encoded in my DNA is a tendency to—never give up. Neither do my characters.

I’ve heard all the reasons why I shouldn’t tell this story, either as screenplay or stage play. It’s too costly; nobody cares; There’s no money in it.

My characters heard the same. Do I not tell their story? Audience members come up to me in tears, saying, “It gives me hope.” Another, “I’m from New York, why aren’t we seeing this?”  The League of Women/Voters formed a tri-league huddle in support of LIBERTAIRE.

Young artist AUGUSTE BARTHOLDI, meets soul-crushing resistance in America, questioning, “what do they value, these men so greedy with ambition there’s hardly room for anything else?… Yet, he creates, “a woman, because the world needs love…”

“This well-written play had more substance than most current theatrical plays or films. In a time where everything important loses its relevance if it does not lead to financial gains, plays like Libertaire remind us that there are ideas and values worth fighting for.”—Dimitris Sparos – Consul General of Greece

“LIBERTAIRE – a dazzling display of imagery, symbolism, music and talent. It moves at lightning speed, from scene to scene, place to place—Paris, Egypt, Washington D.C., New York, St. Louis, Colmar and the American West, until the surprise finale—one that creates

“This play has lessons deeper than its visible story and is well worth seeing any time or any place it’s presented.”— The Theatre Grapevine June 2018 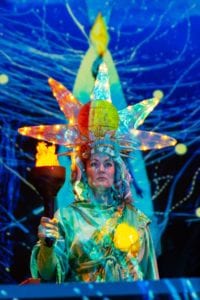 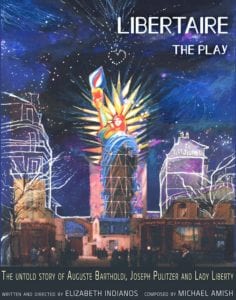 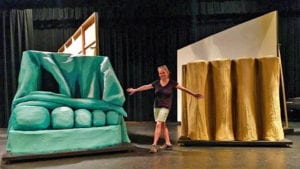 Waiting for Guacamole, loosely based on Samuel Beckett’s Waiting for Godot, won an Artist’s Development Grant and was New Works Finalist with Multistages in NYC. I was Guest Playwright in the Theatre Department at USF.

The Story takes place in a small, Gulf Coast town in Florida…my town.

Broke artist EZMERALDA, exhausted from struggling in life and tired of waiting for something good to happen, paints avocados in the backyard underneath a mammoth, avocado tree. When a hurricane looms in the Gulf, she begins to feel an obsessive connection with the botanical, pushing everyone in her life to the brink. A quirky but steadfast heroine, she struggles to remain true to what she instinctively knows is right—following the mystery of creativity.

Waiting for Guacamole, as with other works written in in the Southern United States, shares many Southern literature characteristics: a focus on Southern history, family, religion, troubled history with race, class, gender disparity, a strong sense of place, frequent use of the Southern Dialect.

Transcending and crossing boundaries in art forms and in human relationships is difficult. Waiting for Guacamole attempts to do both and can stimulate a conversation about beliefs and values. It strives to create awareness about abilities we all have but fail to recognize due to social and cultural class divisions, regional preconceptions, money and gender issues, politics and exhausted beliefs. Waiting for Guacamole’s ultimate theme is that creativity and positive effort regenerate the self and existence. It upholds a belief in the interconnectivity of all things.

Artist EZMERALDA believes that, “hope is the highest form of resistance” and that she intends to “dream on purpose.” She thinks everyone has a role addressing forces that rupture human nature and divide societies.

“We can start that ball rolling… put our best foot forward … every salmon that swims, every heart that beats, every star that shimmers in the sky is a seamless web. From snowflakes to quasars, blue whales to the gamma ray, they’re all interpenetrating you and me.” – Ezmeralda

“One of the most unusual events ever in this area … blends comedy and drama with music and art for a project that satisfies a range of tastes.”— Barbara Fredrickson – St. Pete Times (Tampa Bay Times)

” A thrilling acrobatic blend of the arts…” ‐ Suzi Gablik Art Critic
Author of: Has Modernism Failed?, The Re‐Enchantment of Art , Living the Magical Life. 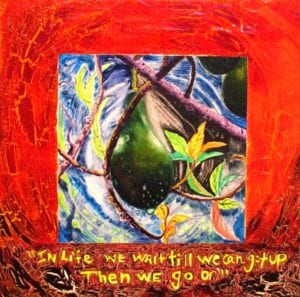 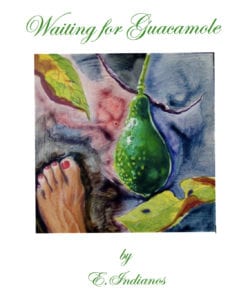 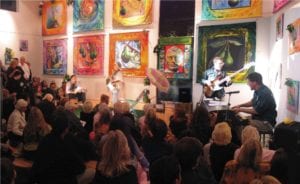 My quick answers are:

Are we 99% water? Or are we the sum total of everything that has ever been written, painted, danced about in the history of human experience? Both are true…