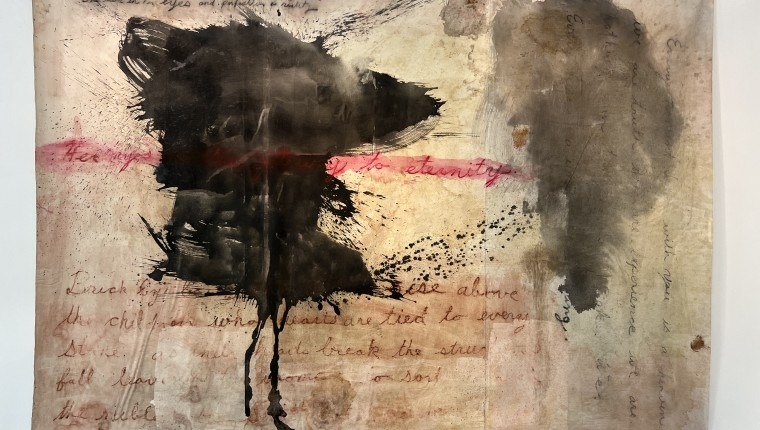 Finding The Muse in The Madness

After figuring out what the concept for the show would be, I needed to find a muse that would act as the inspiration for the works. I wanted the works to be powerful and bold, even violent. But they also needed to be nostalgic and sensitive. This duality would be the underlying pretext for all of the works as well as the overarching theme of DARKMATTER.

This contrast is common in the work I make and it isn’t difficult for me to imagine it as a describing context for the divide in our country or world. But to find a way to express it in language was a challenge. I found writing a poem about my grandparents become my way into the emotions with words.

Here is the poem that laid out the mood for these paintings and ultimately, the entire show.

Under one roof together they created worlds upon worlds. His furnace fueled by hardened doctrine, saw-toothed aggression. He is the expanding universe. The Big Bang, the right hook, the drop kick. He is every-thing ever constructed and even more torn down. He is the creator/destroyer the baddest motherfucker. She is the golden light that illuminates the face of new born babies. Her essence holds together planets around the sun, leaves on trees and every smile that has ever shown a tooth. She is the Hail Mary pass and the big bear hug. Her dance is happiness and her voice a clarion call. She is the mother of everything good and the architect of existence. Under one roof together they created worlds upon worlds.