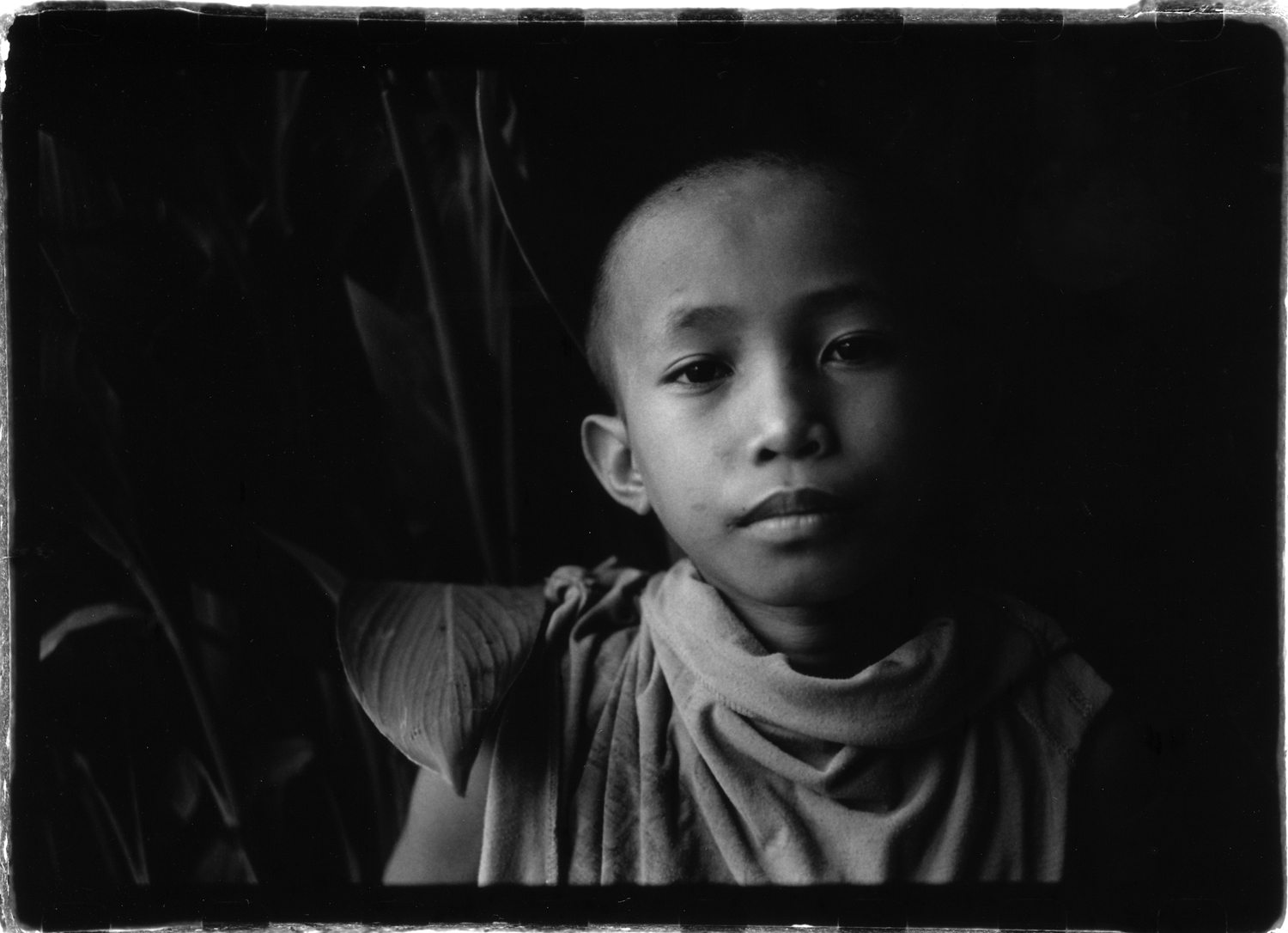 The image above is not of a young monk. I had made friends with some street children in the Philippines. I bought them ice cream one night, rice cakes another night. One of these kids, a tough 10-year-old girl had the uncanny poise of a young woman. She had intense, dark almond-shaped eyes. “I will make a stunning image of her,” or so I thought. While shooting her at dusk on the sidewalk, this boy perched himself on the edge of a large potted plant and demanded I photograph him. Annoyed, I shot two negatives of him quickly, then turned back to my future masterpiece.

Later, in the darkroom, I saw his image. It was a lesson in humility. I had forgotten taking the photo, let alone the dark ragged shirt wrapped around his neck, his shaved head, his dignified stare and the subtle light. The image is an illusion of peace and serenity. On its two-dimensional surface, there is no hint of the commotion all around: a sea of jeepneys and choking exhaust fumes, a cacophony of blaring horns and kids. Kids running all over the place – shouting, fighting, playing, laughing.

This image is a moment of pure silence plucked from utter chaos. And it only happened because the “annoying” boy sat in the perfect spot, and gave himself to the lens for a few seconds.