Take a Walk Through the History and Charm
of Indian Rocks Beach
. . . 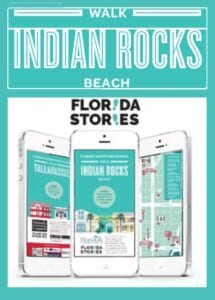