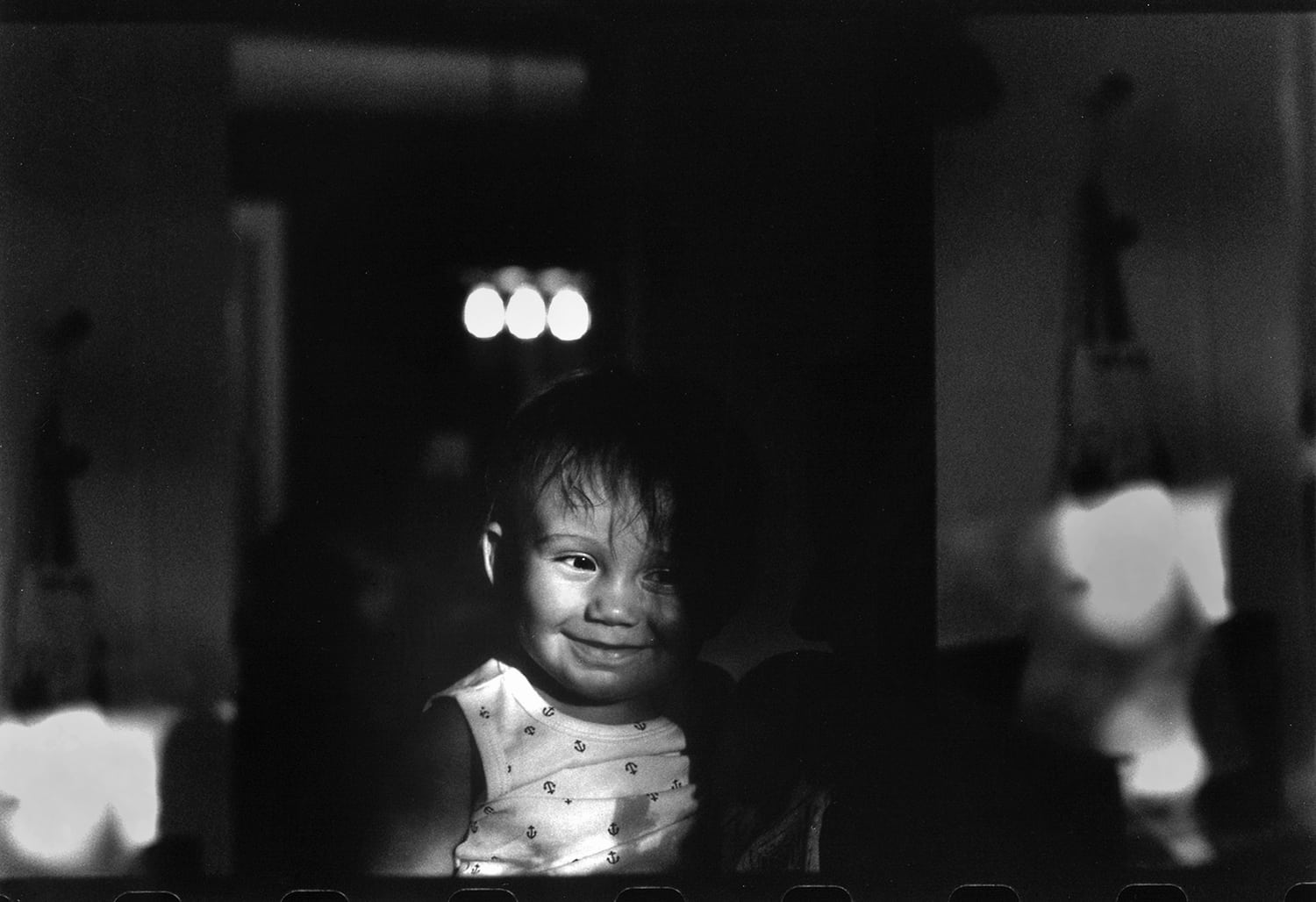 My daughter’s two-story, 19th-century wood-frame house has light entering it every which way.  There’s morning light, evening light, northern light in summer, southern light in winter. There’s diffuse light and direct light.  I have yet to explore it all.

On this occasion, I had been shooting my son-in-law with a medium format camera by diffuse northern light through a living-room window.  The tripod was set up; it was slow going.  I took a break and went for water in the kitchen.  There, Jack was chuckling while being  passed between his sisters like a football.  I was in the visual zone. I saw Jack’s half-lit giggling face; I saw (what I knew would be) out-of-focus light bulbs above a dining table in the background.  Click.  A moment in time stopped forever.

I was lucky.  With family, I keep the 35mm Leica rangefinder around my neck even while in the middle of using larger format cameras.  Maybe someday I will be able to keep it around my neck all the time, but with family no ridiculous, timid self-consciousness impedes me as it does out in “the world.”  (It’s not the 60s or 70s anymore.  Everyone is suspicious, scared of their own shadows. Although I haven’t heard news of anyone shot and killed by a camera yet.)

I’ve spent years photographing strangers.  Produced a lot of stilted shots that have filled the garbage, and have made some decent ones as well; they’ve made it to a show or in a magazine. I’ve had this dream to publish a book of these “portraits of strangers.”  I realize now that all those photographs, all that effort, all the hours refining prints in the darkroom – all of it – was mere training.  Now, perhaps I am more capable of making the important images – family photographs.  I know  they will be cherished the way photographs were meant to be.  Sounds corny, I know.  But one day, Jack’s  grandchildren will look at his photo – in a little frame on a wall – and wonder how their grandpa got so wrinkled up. 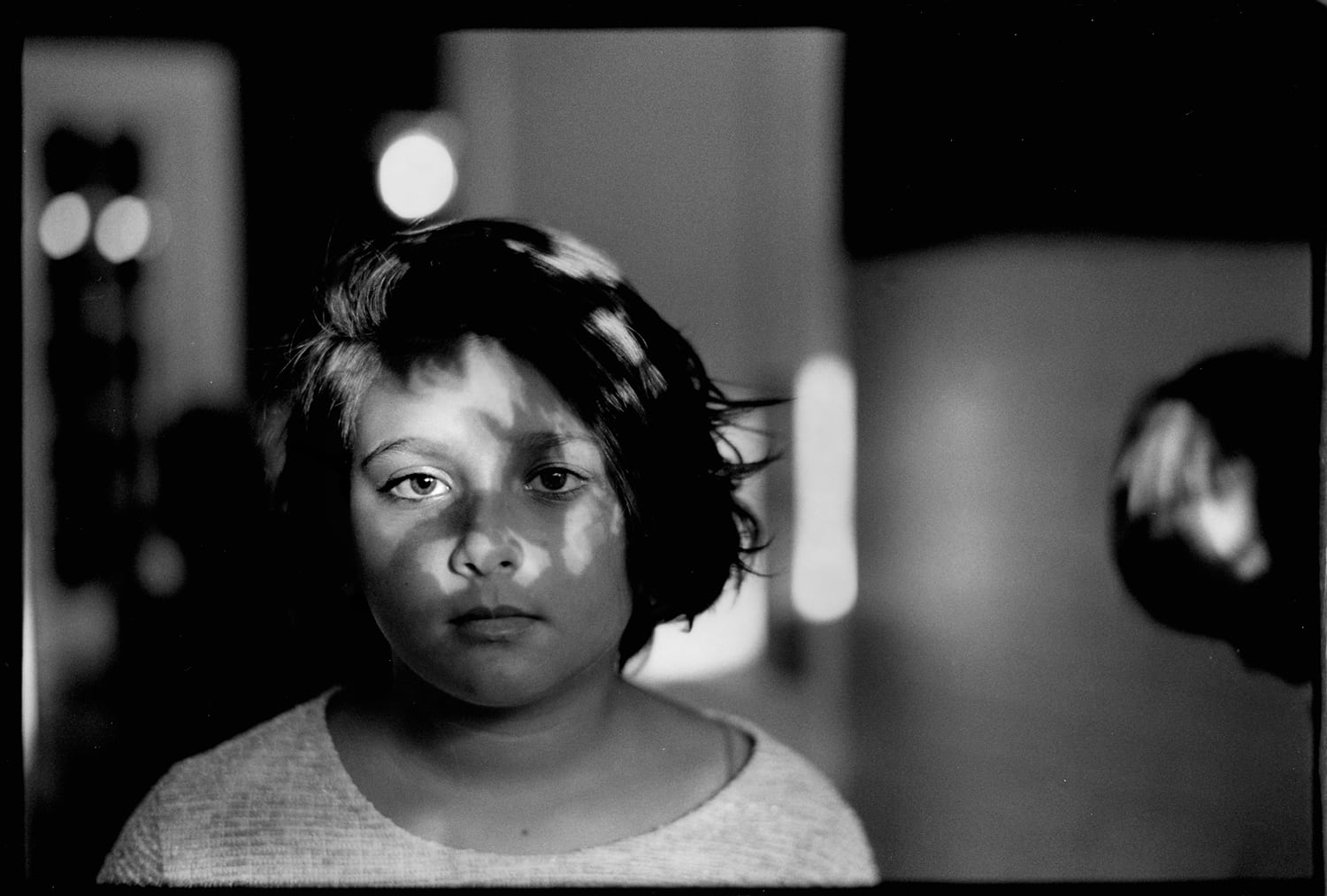