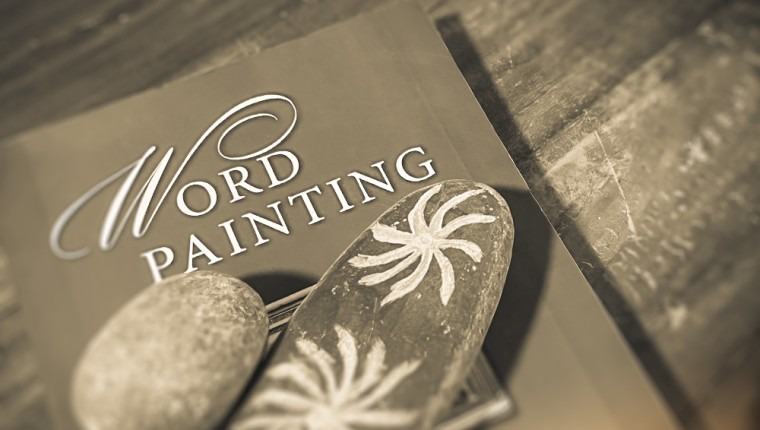 It’s interesting to stand right where you are in your career and look backward, noting all the stepping stones that paved your way. It’s a series of butterfly effects, tiny moments that shift the trajectory of your life incrementally, a tiny tsunami building and building. It’s also like a maze, holding your pen at the destination and tracing your way back to the origins.

There’s one thing – one moment in time – that was my own personal tsunami. It’s what made me become an author. The best advice I ever received was also the most simplistic and shocking. But sometimes it’s the little things that have the most impact. While preparing to write a post about the best writing advice I ever received, I found myself also thinking of all the little things that came before.

STEPPING STONE #1
I grew up amid a complex family dynamic. Everyone was very intelligent, but for reasons unknown to me, everyone seemed very angry at one another. There was always an issue to examine, or a broken relationship to mend. And my family chose to do this via letters. These were not apology notes, or simple papers saying, I love you and I miss you. These letters were long, drawn out literary masterpieces, aimed at intellectually shaming the recipient, rather than legitimate communication. What these letters were actually saying was, Look how subtly I can cut you down with this brilliantly crafted sentence.

When I first began writing as a child (and beyond), I was heavily influenced by this letter writing style of my family. Everything I did was overwritten and cerebral. My earliest stories were buried beneath big words and fancy phrasing. And this marks the first literary trait I was given, hand-delivered by DNA: I’m an over-writer. My point is frequently lost in my own static. I try to write clearly and simply, in a way that is enhanced by impressive speech, and not lost within it. It’s still a work in progress, but recognizing a problem is the first step to fixing it. I now severely edit myself, and am dusting off the literary static more and more every time I craft a sentence.

STEPPING STONE #2
Trouble didn’t really find me as a kid. (I’m not speaking of my teenage years, which is another story entirely.) But the trouble that did find me was distraction. Teachers told my parents I was a daydreamer, and all I’d ever turn in was a good doodle on the corner of my paper. My homework was always missing, my schoolwork mediocre at best. I got by… until I didn’t. Sometime near the end of elementary school, I received two F’s on my midterm report. I was grounded, of course. But my mother added a new punishment – I was ordered to complete one hour of automatic writing every day after school. It didn’t matter what I wrote, she said. I could write, I hate you, I hate you, I hate you. Just as long as I kept writing. One dreadful hour, the pen never leaving the paper. Surely to be the longest 60 minutes of my life. At this age, I hadn’t shown much interest in writing, and I don’t know what prompted this unusual “punishment”. Maybe my mother was just a little bit psychic.

STEPPING STONE #3
Around the age of 11, I discovered Stephen King. I read Carrie first, followed by Cujo. I remember staring at The Tommyknockers and The Stand on my mother’s bookshelf, but those weren’t mere books. They were giant tomes, and incredibly intimidating! (I still haven’t tackled them; maybe one day). Many family members raised concerns over a child reading such things. Why are you letting her read that?, they said. My friends were reading Goosebumps. I was reading Pet Sematary. My mother’s response was always, If she can handle an adult novel, why should I suppress that? I couldn’t agree more.

After my Stephen King phase, I moved quickly into Dean Koontz and Robert McCammon. To this day, Robert McCammon’s Swan Song and Boy’s Life still have top placement on my Best-Books-I-Ever-Read Shelf. During summers, I would stay with my grandparents in St. Augustine, and the fleamarket was a frequent destination. On one particular weekend, I spotted a stall that advertised books for “trade”. I grew up in the Florida Keys, which offered little beyond a K-Mart, so I’d never before seen a used bookstore. I could trade books for books?? I spent that next week dreaming of all the brand-new Dean Koontz books I would get when I traded in my used ones. The following weekend, hands full of treasures old and new, I waddled up to the bookseller and delivered him both my purchases and my trades. 50/50, right? We were even, right? No money required. Or so I thought. That was my first lesson in the resale market. Nothing is a 50/50 trade. The bookseller laughed at me like I was an idiot, and I tried my best to hide the tears as I put back 2/3 of my new selections.

STEPPING STONE #4
My childhood was far from financially blessed. And things seemed to get even less plentiful as I got older. By age 14, there were no more trips to buy books (or anything else for that matter). I saved every penny I had just to buy Interview with the Vampire by Anne Rice. I couldn’t put it down. I was obsessed, though perhaps some of that might’ve had to do with Brad Pitt starring in the movie adaptation. Ahhhh….Louis…

I knew there was a sequel, of course, and I delayed finishing Interview with the Vampire because I knew we could not afford the next book. I dragged those last few chapters on for weeks. And then, to my absolute shock, my mother came home one day with The Vampire Lestat. It wasn’t my birthday and it wasn’t Christmas. It was just because. I’ve never felt more grateful than I did at that moment to hold a new book in my hands. I even wept.

Stay tuned! In Part 2, I’ll tell you about being given the “gift” of swear words, my first works in erotica that I tried (and failed) to hide from my parents, writing an entire novel longhand, and how tarot saved my career.

And as promised: the best writing advice I ever received.