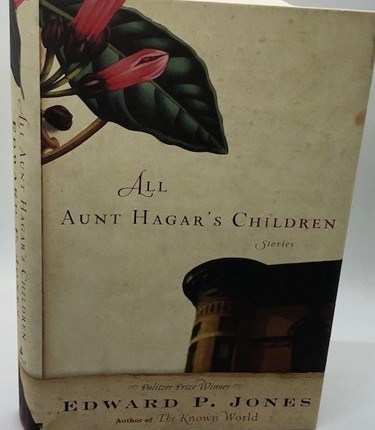 This week I’ve been taking a break from the novel and working on a long story/novella whose rough draft I wrote over the summer. The germ of it started after I re-read the short story collection All Aunt Hagar’s Children by Edward P. Jones, which I teach in one of my fiction courses at the University of Tampa. The entire collection is masterful, but ever since I read it for the first time, I’ve been particularly interested in two stories: “Common Law” and “Bad Neighbors.” Both deal with communities of neighbors in a way that is both expansive and personal. In these stories, which average 30 pages each, we see how each family in the neighborhood works, and how all the families interact with each other. Jones also uses omniscience in these stories in a very interesting way, particularly through the use of flashforwards.

Obviously, only Edward P. Jones can do what he does in these stories, but ever since I read them for the first time I’ve wanted to write a story about neighbors. Specifically, the image I kept going back to was one of neighbors coming together during Christmas time to decorate their block. This became the opening image, but before I started writing the draft, I took copious notes on each of the families I wanted to write about, to get to know them and understand what kind of relationship they’d have with their neighbors.

I still don’t know exactly what the story will end up looking like, particularly length wise, but for now I’m just working on having it make sense on a surface level. Here’s the opening paragraph of the story, as it stands now:

On the Friday night Crescencio Cuervo doesn’t come home, the neighbors are decorating their block for Christmas. It’s after dinner, and most of them have come outside to assemble festive lanterns with sticks and red and green tissue paper, and to paint the road and curbs with Christmas motifs, and a commemoration of the newly inaugurated Medellín metro. This is the task that has been assigned to Marisol Bustamante by her best friend Juliana’s dad, Horacio Pasos. Marisol respects Mr. Pasos, but she doesn’t want to be doing this. It’s not that she’s an antisocial snob like her dad, who is an architect and did all the drawings of Santa Claus and wreaths and a Christmas tree that adorn the pavement, as well as the rendering of a metro train that she’s staring at while a paint brush drips white in her timid hand. Her dad did all the drawings earlier in the afternoon, so he wouldn’t have to come out and socialize now with everyone else, but also so he wouldn’t be accused of not being a good neighbor. Marisol knows Mr. Horacio had begged and begged her dad to come out, and he hadn’t budged. Come to think of it, Marisol has no idea how Juliana’s dad and her dad even became such good friends in the first place. It can’t be for the sake of their daughters’ friendship. Marisol’s dad has never felt such a duty. But unlike her dad, Marisol simply doesn’t want to paint because she is distracted, not by the sound of the neighbors around her directing each other on the various Christmas projects, but by the proposition Jairo Aristizabal, a boy who lives on the next block, has made.