Standing On A Cliff

My friend Nin McQuillan told me not to stand out on cliffs. Last year Nin saw video of me looking over a cliff in El Yunque National Forest Puerto Rico. That was awesome because a cloud was moving up the mountain blowing in my face. Then he saw me standing on the ledge at Rough Ridge. He said “YOU CAN”T BE DOING THAT!!!”

This photo is me out on a cliff on North Rim Grand Canyon National Park. Suddenly it became very windy. I got down and laid on my back until it was calm. Snapped this photo.

Hey Nin, me trying to be an artist is kinda like me standing on cliffs. 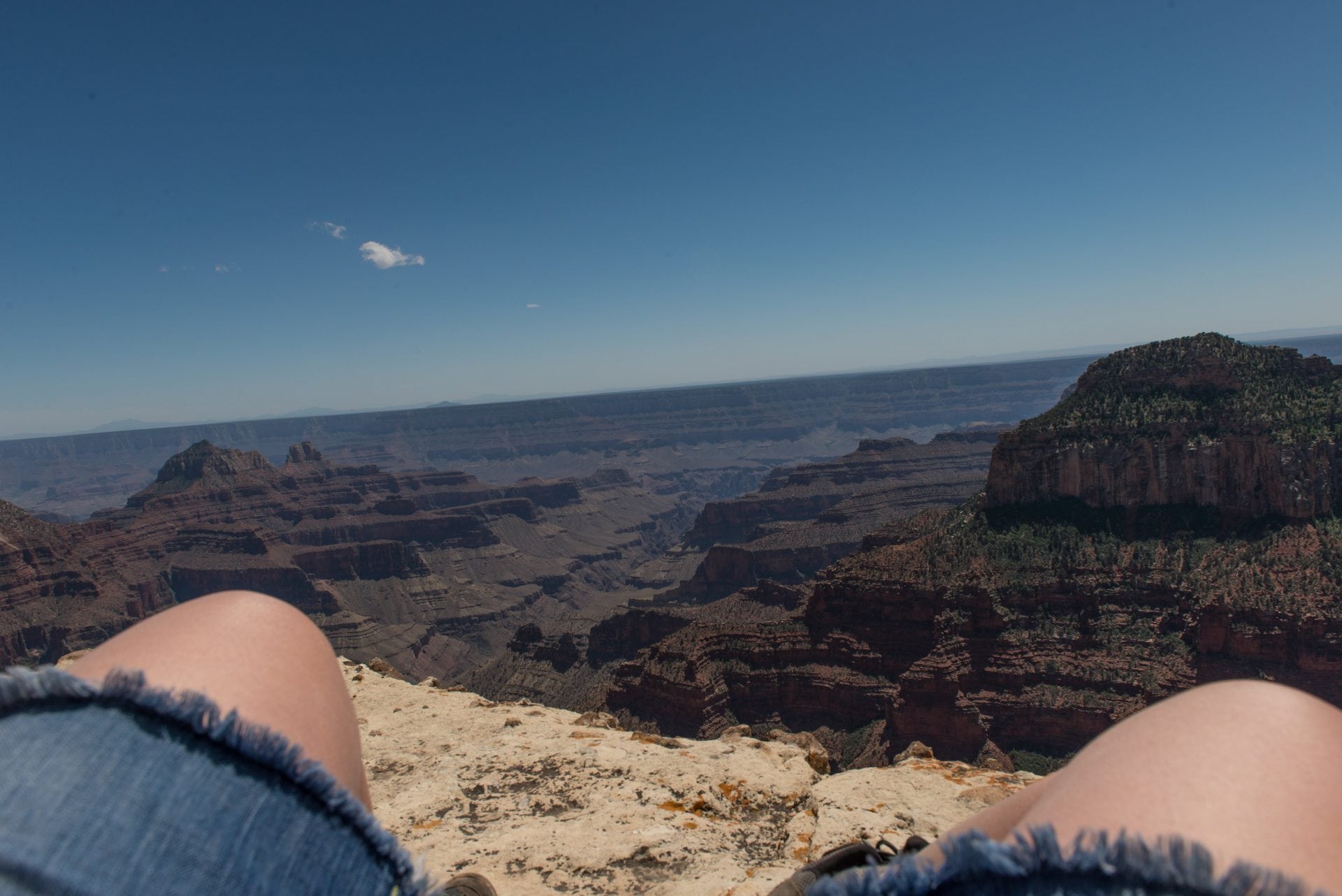 Moments like these are what makes me feel grateful to be alive. When you hike up 6 miles and look out, it makes you feel very human and puts it into perspective what is most important – the Earth that you live on. LIVING IT. SEEING IT. BREATHING IT.

There’s a great Netflix Doc out right now called ‘National Parks Adventure’. A part of it talks about how Roosevelt discovered John Muir’s writings about Yosemite, then his wife and mother die the same day. He retreats into the woods. That is where he experienced the therapeutic power of nature. He decides to create the National Park System. Highly recommended documentary. Learn something about your country! It’s only 45 minutes. 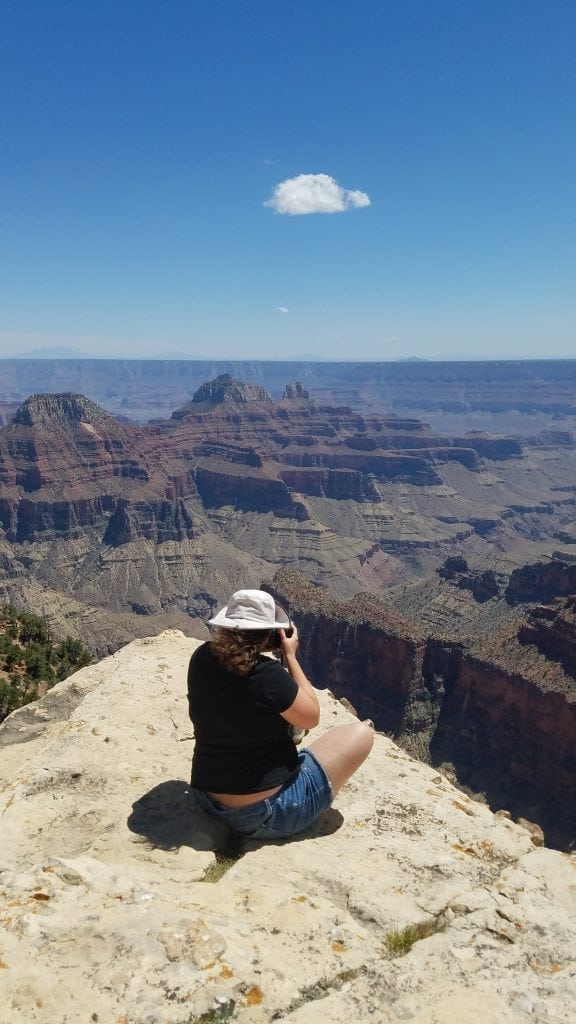 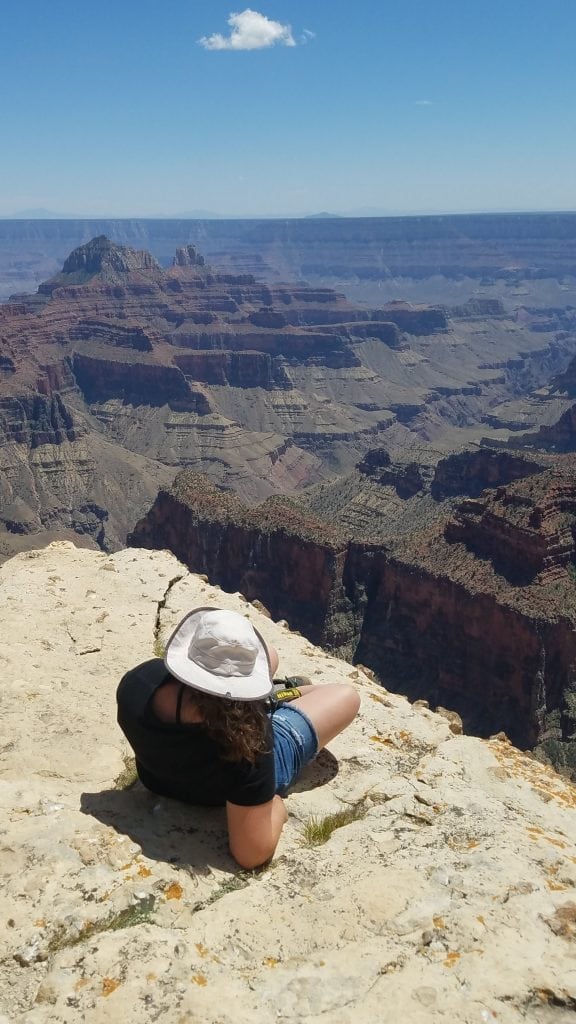 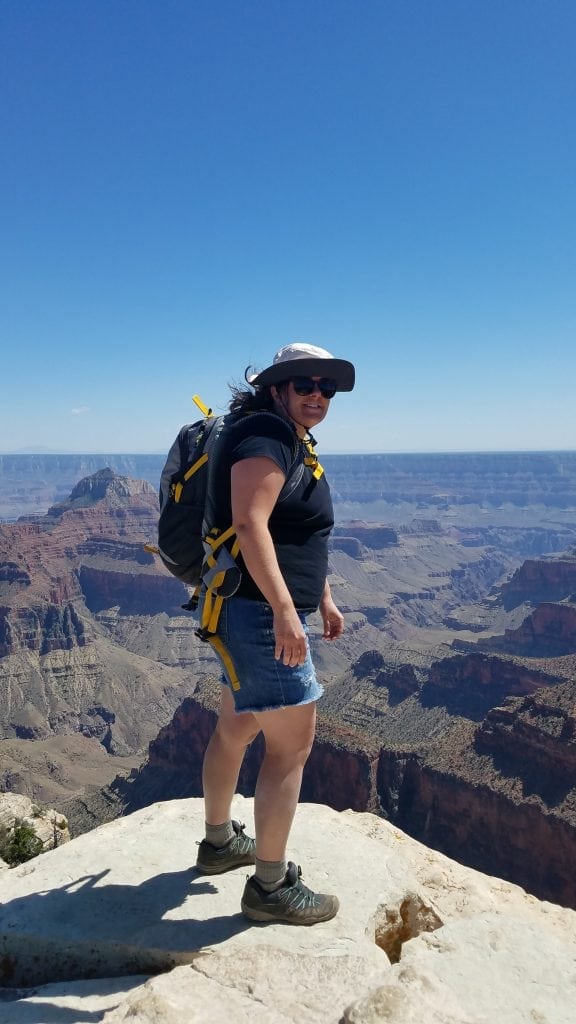