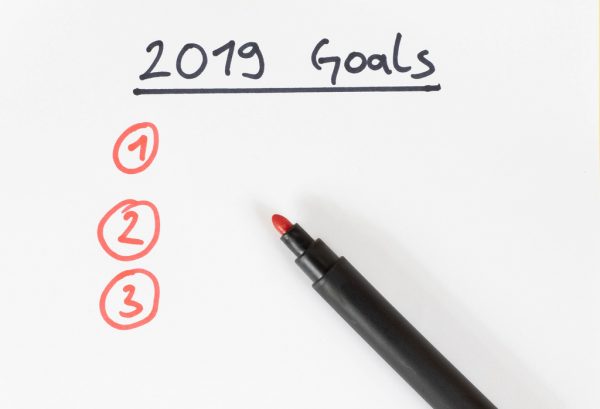 With 2018 behind us, Creative Pinellas chatted with some Pinellas County authors about their writing goals for the New Year.

St. Petersburg author Sadie Blackburn has some lofty goals for 2019 as she plans to release at least half a dozen titles. Two of these books are part of her steampunk series, while another title is the next book in her ghost story collection.

In the New Year, St. Petersburg author Leisa Clark will continue working with her wife, writer Sally Gage, on a series of books about convention life called Conventionally Speaking.

She also has a handful of other projects in the works, including a book of edited essays about resistance narratives for McFarland Books and Cosplaying Myself, an autoethnography.

St. Petersburg’s Hugo Award-nominated author Nick DiChario (A Small and Remarkable Life, Valley of Day-Glo) will continue work on his collection of Italian folktales in 2019.

His plans don’t stop there, though.

He also said he “would like to write a few more stories (and is) thinking about starting a new novel. The writer’s life!” 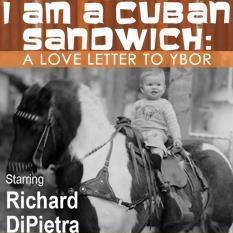 Husband-and-wife dynamic duo Richard and Mary Ellen DiPietra, who call St. Petersburg home, plan to complete their book I Am a Cuban Sandwich in the new year.

With a background in theater and storytelling, the book will be “a collection of stories about growing up in Ybor (City), taken from our plays,” said Mary Ellen. “We have old family photos and Jimmy the pony pictures and a glossary of Ybor terms.”

The book has been written and just needs to be edited, she added.

Her favorite story in the collection is about midwife Maria Greco. Originally, Mary Ellen wrote Greco’s story for the stage. It was an all-woman production, she said.

“The three actresses helped me create the characters and I directed it myself,” she said. “Marlene Perlata, an amazing local actress, practiced giving birth in her car so she could really scream!”

And Mary Ellen relied on Greco’s own words for both the play and the book chapter.

“Maria Greco herself was the writer! She wrote down in her little diaries every single birth,” she said. “Half in Italian and in pencil, she documented every child born to her hand in Ybor from 1926 to 1950! And they found her diaries in the back of a closet in a cousin’s house.”

These diaries are now part of the University of South Florida’s Special Collections.

Tarpon Springs-based author David C. Edmonds (Lily of Peru, Heretic of Granada) will focus on publishing his newest novel in the coming year.

“It’s the story of a flamenco dancer in 1932 Ybor City, the victim of mistaken identity and on the run from mobsters, moonshiners and the feds,” he said. “Her love interest is a Cajun who bootlegs by airplane.”

The setting is authentic Tampa during that era, he added – “boleto, streetcars, bordellos, La Gaceta, prohibition, labor unrest, cigar factories and lectors (a dying breed in 1932), and hostility between Spaniards and Cubans,” he added.

Edmonds is “obsessed with getting the details right.” So, he’s been doing plenty of research while working on the novel, which he hopes to complete and submit for publication by the spring.

Creative Pinellas blog and magazine assistant editor Julie Garisto has a big year ahead of her. The longtime arts and entertainment writer will turn 50 and graduate with an MFA in creative writing from the University of Tampa this year.

“I’m on the homestretch!” she said.

Since she also would like to discover more music in 2019 – hip-hop, indie rock, jazz and local bands – she’s been working with digital content manager Danny Olda about inviting a local musician to be a guest editor at the Creative Pinellas magazine.

On a personal note, Garisto plans to focus more on balance in her life. She said she wants to work and play harder, take more road trips and get more into travel writing — plus “cut way back on sugar and go on more walkabouts with my dog, Obi Juan.”

St. Petersburg College professor and author Sheree Greer (Let the Lover Be, A Return to Arms) will work on “three incredibly different projects” in 2019.

The first is a series she’s co-writing with her writing partner, author Fiona Zedde. Project number two is a follow-up to her student writing guide, Stop Writing Wack Essays.

The final project is “a nonfiction collection of essays, images and  …poems? I use the question mark because I’m walking into 2019 with a beginner’s mind in regards to my creative work,” she said. “I want to (re)connect with the curiosity, playfulness and feeling of limitless possibility that I felt when I first started my intentional, earnest journey to becoming a writer and an artist 13 years ago.”

Clearwater poet Larry Jaffe has two titles coming out in 2019 – A Man without Borders and Don’t Take Candy from Online Strangers. He’s also working on a sequence of poems on bigotry.

The founder of Safety Harbor Writers & Poets, Laura Kepner has a big year ahead of her as she balances her work in the literary community and her personal writing.

Not only will she and writer/friend Warren Firschein continue facilitating the Romeo Lemay writing contest and publishing the literary journal Odet, they’ll also launch a new poetry contest in honor of their friend, Roger Howard, who passed away in November.

Kepner is also pulling together the details for her third writing conference, which will be held at the Safety Harbor Art & Music Center (SHAMc) April 12-14.

This is in addition to hosting weekly events for writers and poets at SHAMc, including a critique group, two open mics, workshops and more.

As far as her own writing, she’s “on the hunt” for a literary agent for a picture book written by her and illustrated by her sister.

“I love the business side of writing almost as much as I love the creative side of it,” she said.

She has two non-fiction projects planned, as well.

For one of these projects, she’ll interview Pinellas County residents “who have had an impact on Safety Harbor in some way,” she said. “I plan to write their short histories to help keep the past part of our memories, especially with so much change happening throughout the area. It’s important to not let these stories get lost.”

The other non-fiction project is more personal. This book will be about growing up in California in the 1970s in the area that later became Silicon Valley.

In recent years, Tamara Lush has split her time between her job as an AP reporter and her burgeoning romance/erotica writing career.

Starting this month, she’ll take be taking a nine-month leave, during which she’ll give all of her attention to her “sexy books for sharp women.”

This year she’ll publish a romance series about a family that owns a resort on a Florida island. She’ll serialize the five-book series on the Radish Fiction app and will later publish it on Amazon. The first book in the series is called All I Want.

Eerie Florida and Freaky Florida author Mark Muncy has a third spooky title set to be released by The History Press in September.

He also hopes to delve back into writing fiction for the first time in decades. The last stories and novella he published came out in 1992. After that, he focused more on non-fiction and screenwriting

“Mostly for old ‘90s TV shows and other projects,” he said. “Most were spitballs that never saw the light of day.”

Now, he’s ready to give fiction another go and already has two ideas in mind – an urban horror/fantasy and a sci-fi adventure. He already has early chapters and outlines written for each book.

Gulfport author John Russo has completed a revision of Tabula Rasa, the first novel in his Angela Fournier series, which he’ll be uploading soon. He’s also hard at work writing the fourth novel in the series, Whiteburn, as well as a novella that shares the story of Angela’s parents.

From an administrative standpoint, he’ll be moving all of his books, which are self-published, to IngramSpark, and the digital versions to Draft2Digital.

Paranormal investigator, author and artist Brandy Stark will revamp her book, Supernatural St. Petersburg and Paranormal Pinellas: The Lesser-Known Haunts of West Central Florida, in 2019. She plans to add a new chapter on “lesser known local haunted places,” she said.

She’s also organizing a Valentween event that will take place Feb. 9 at The Art Lofts in St. Petersburg. This art show will feature Gothic Valentine-themed work.