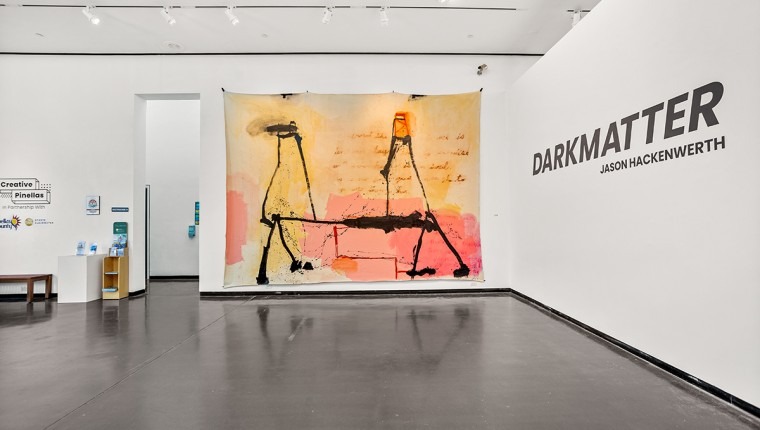 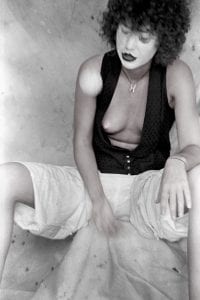 Past Images Have Achieved New Identities

My good friend and collector, John Southern, wrote in a reference letter “His current blend of new and old subject matter is part of what makes Michael’s work so compelling. Figures, symbols, and contexts have shown up repeatedly over the years, but in his contemporary work, have achieved new identities and meanings in their compositional arrangement and form.”  This was such an insightful statement that I use it in my bio as well.

What I found that throughout my art career, which started in photography, there are a number of images that I have used and incorporated in different ways, with different pieces using different mediums: traditional photography, photo composite montage and photo mixed media.  Here are a few examples.

In the first row, I’ve illustrated how an image I shot around 1978 in my studio on Siesta Key.  I printed it in both standard black and white and hand tinted with Marshall’s Colors.  In early 2000 I started doing high resolution scans of my negatives.  Now that I had the negatives in digital format I could start using in mixed media and photo montage.  ‘Solome Conflicted‘ was the first piece I did.  I enlarged the image to 48″h x 36″w, sliced the image into section, adhered to substrate and then worked with paint, charcoal, spray and gun powder.  The third image was use with montage overlays in Photoshop, printed 40″h x 36″w and then painted and finished with encaustic.

The second row is a photo I shot at my studio on Siesta Key back in the 70’s.  Over the years I’ve used it in different photo montage and mixed media pieces such as ‘Dead Water Horizon‘ and ‘Luna‘.

The third row illustrates how I used the photograph ‘6 Muses’ and incorporated in a number of photo mixed media pieces: ‘Muse and the Shamisen Players‘, ‘Migration‘, ‘Muse and Geishas‘ and ‘Red Eclipse‘. 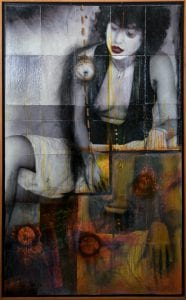 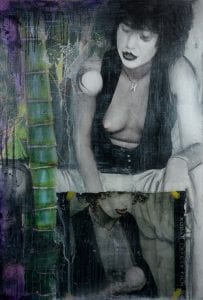 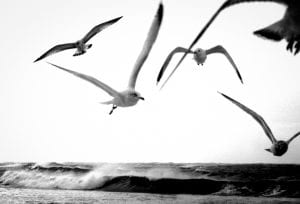 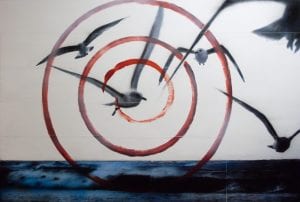 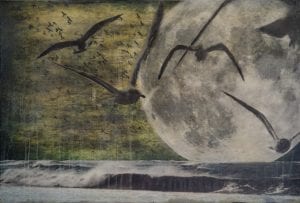 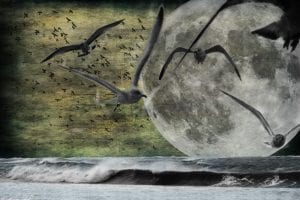 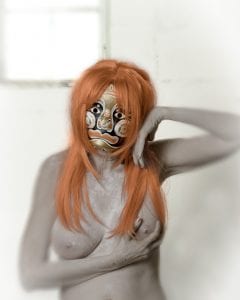 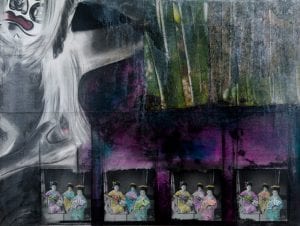 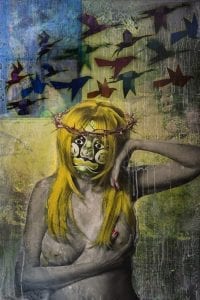 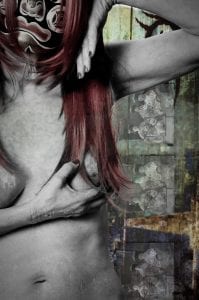 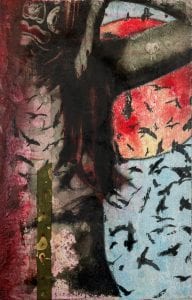