That’s what it took to get the Pinellas Festival of Community Bands to a historic level of success – four tries.

At the end of last Saturday’s festival, produced by the Dunedin Music Society, with about 700 performers gathering on stage, I shared an observation that the first festival ended with more performers (about 400) than audience!

Not so this time.

All in all, about 1,200 people took advantage of a variety of live music on a beautiful Saturday afternoon in Dunedin.

BBQ, Tex Mex and Ice cream foods trucks added to the merriment of the day, and as I was the event’s Emcee (a.k.a. M.C., a.k.a. Master of Ceremonies), not even my cheesy ice cream jokes put anyone off.

It was a thrill to conduct the Dunedin Concert Band for such a large crowd, who appeared attentive and generally happy to hear volunteer community musicians from as far as Stuart (on the East Coast) and the Villages, as well as more local bands such from Brandon, St. Petersburg, and Wesley Chapel.

1. Five of the bands played music by John Williams! What with another Star Wars movie coming out soon it was irresistible to for several bands to play some. Only St. Petersburg Community Band and the Awesome Second Time Arounders Marching Band didn’t – and that’s probably because they are preparing for their appearance in the Macy’s Thanksgiving Day parade this year… not exactly a forum for John Williams film music!

2. This was the third time the festival was held in Dunedin. Last year it was in St. Petersburg as the Dunedin Community Center’s outdoor stage suffered damage from Hurricane Irma and was unusable. Well, repairs have been made and the old roof has been taken down, but that meant there was absolutely zero sun shade for the performers and the sound of each band floated up and away into the blue yonder, instead of being projected out towards the audience.

None of that detracted from a wonderful afternoon.

“What a pleasure to participate in Saturday’s event. The entire event went without a hitch. Kudos for a job VERY WELL DONE.”

“I was impressed with the flow, organization, timing and facilities. Your attention to detail was most evident and it made life easy for all the bands performing. It is a great venue and growing in popularity each year. We appreciate being a part of it. Thanks for your work in making this happen.”

“Another successful Festival is in the books. I thought everything went off like clock work. A beautiful day!” 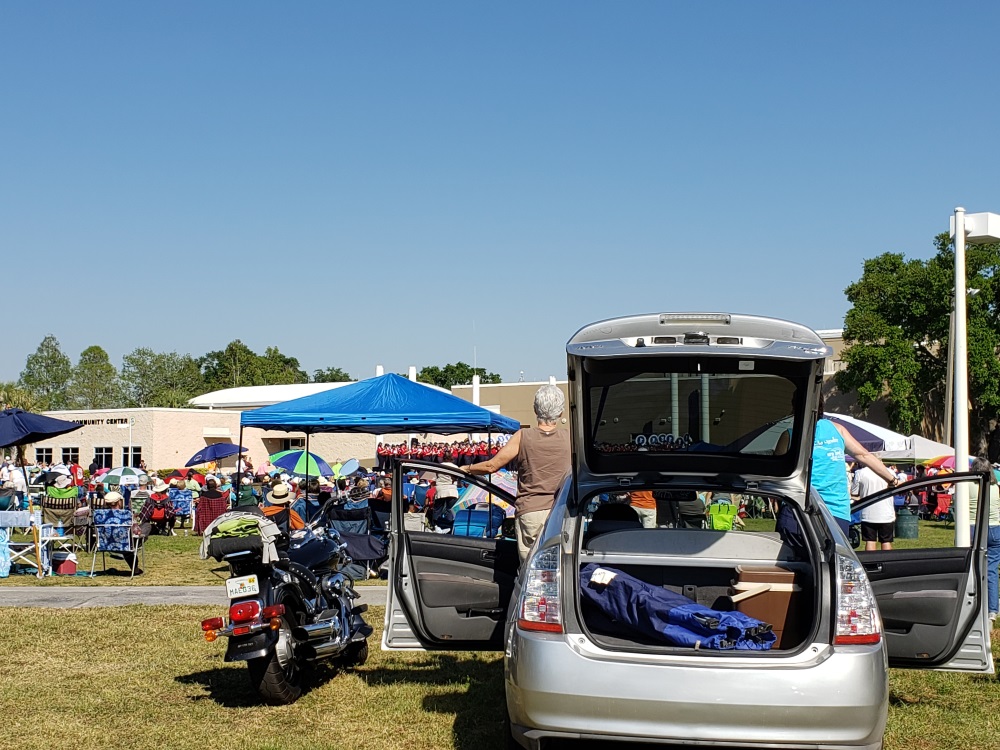 To see more of my upcoming events in and around Pinellas, visit www.StephenPBrown.com