“No Pride for some of us,Without liberation for all of us!” – Marsha P. Johnson

I must admit that I met someone new this year as I did a little research for the Listen Up Film Series June film selections.  The search was on for a collection of films that would focus on June as Gay Pride Month and that commemorated the Stonewall Riots in NYC 1969.

This is how I met Marsha P. Johnson.  And if you haven’t heard of this trans- activist icon….well let me introduce you to the films Listen Up Films Series put together to honor Marsha’s part in the fight for equality & search for equal justice.

PAY IT NO MIND: THE LIFE AND DEATH of MARSHA P JOHNSON 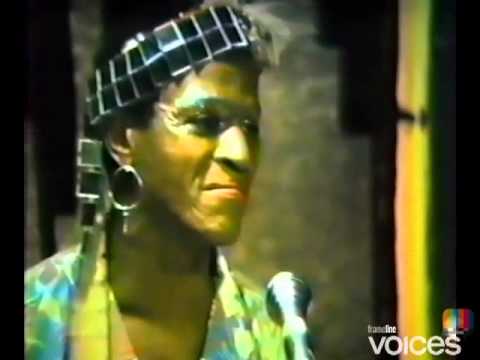 Meet Marsh P Johnson
This feature-length documentary focuses on revolutionary trans-activist, Marsha “Pay it No Mind” Johnson who was a Stonewall instigator, Andy Warhol model, drag queen, sex worker, starving actress, and Saint. With her final interview from 1992, director Michael Kasino captures the legendary gay/human rights activist as she recounts her life at the forefront of The Stonewall Riots in the 1960s, the creation of S.T.A.R. (Street Transvestite Action Revolutionaries) with Sylvia Rivera in the ’70s, and a New York City activist throughout the ’80s and early ’90s.

THE DEATH AND LIFE OF MARSHA P. JOHNSON 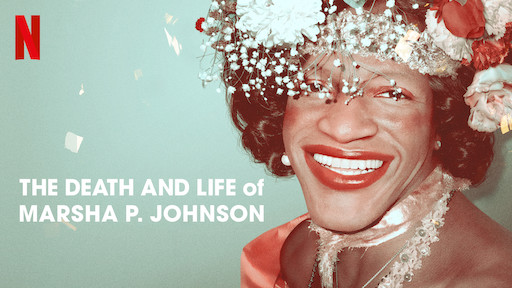 THE DEATH AND LIFE OF MARSHA P. JOHNSON
She was one of the icons of the gay rights movement in the 1960s, the self-described “street queen” of NY’s gay ghetto, and founded the Transvestites Action Revolutionaries with fellow luminary Sylvia Rivera. When Johnson’s body was found in the Hudson River in 1992, police called it a suicide and didn’t investigate. In David France’s new documentary, trans activist Victoria Cruz seeks to uncover the truth of her death while celebrating her legacy. Watch The Death and Life of Marsha P. Johnson on Netflix: https://www.netflix.com/title/80189623

A NARRATIVE SHORT : Happy Birthday, Marsha!
Happy Birthday, Marsha! is a film about iconic transgender artist and activist, Marsha “Pay it No Mind” Johnson and her life in the hours before she ignited the 1969 Stonewall Riots in New York City.
Written and directed by Tourmaline and Sasha Wortzel.
Available Streaming on Amazon