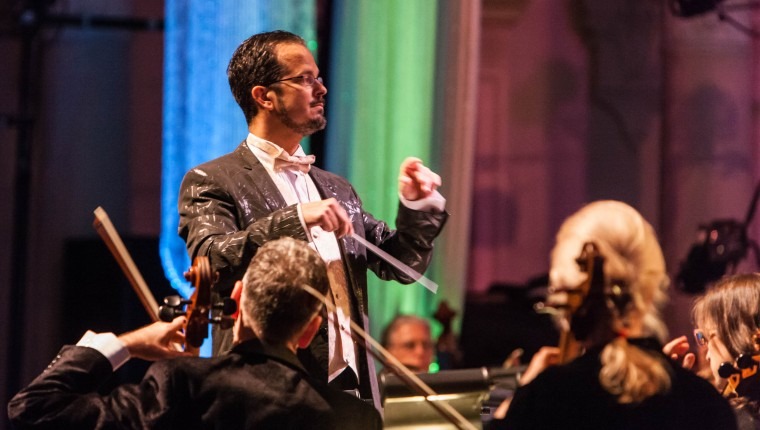 . . .
Wolfgang Amadeus Mozart never had a Me Too movement to guide his moral choices back in the late 1700s, so it’s easy to cringe or chuckle at storylines that by today’s standard seem, well, misogynistic.

This comes to mind reading through the libretto of his opera Cosi fan tutte, which enjoys a new production by the St. Petersburg Opera Company this month, with artistic director Mark Sforzini conducting.

In a simplistic nutshell, the story is about two guys who take a bet from a jaded old “philosopher’’ that they cheat on their girlfriends and get away with it. By disguising themselves as soldiers, they each woo the other’s betrothed – essentially sleeping with a best friend’s fiancée – and in doing so raise questions that go deeper than flirtation or the power of lust.
. . .

. . .
“I’d say there’s more than a trace of misogyny in the storyline,’’ says soprano Lara Lynn McGill, who sings the role of Fiordiligi. “It starts with men making a bet about women’s fidelity – not a great start for opera in modern times! However, it truly depends on the interpretation by the director and actors.’’

More directly, does Cosi in any way demean women?

“No,’’ Sforzini says emphatically. “The men and women are equal throughout in their actions.’’

Even the opera’s title, which translates to “Women all act the same,’’ suggests the two sisters, Fiordiligi and Dorabella, are disloyal. But what does it say about Ferrando and Guglielmo, who concoct the scheme and take pleasure in their lovers’ perfidiousness?

Well, nobody is married yet, so they’re free to do as they please, especially in a comic opera that necessitates a suspension of belief.

“I respect each character’s right to search for the correct partner,’’ Sforzini says in their defense. “I think it will show in the way we’re telling the story that Ferrando and Fiordiligi actually are finding their true soul mate in each other… I don’t begrudge these characters the chance to find the partner they want in life.’’
. . .

. . .
Not everyone has taken such a compassionate view of the opera’s main characters or libretto. Beethoven considered Cosi vulgar. Wagner called it a “disgrace to music’’ and an early Mozart biographer regarded it as “wretched.’’ Even George Bernard Shaw, an ardent admirer of the Austrian composer, said improvised plays scribbled in 10 minutes are better than this “despised book.’’

These comments may have reflected the Romantic ethos of 19th century Europe – and a reason the opera flamed out, unlike Mozart’s more popular Marriage of Figaro, Don Giovanni and The Magic Flute. It wasn’t until 1922 – 132 years after its first performance – that Cosi made its debut at the Metropolitan Opera in New York. It’s now among the top 15 most-performed operas by national companies, and Opera Tampa and the Sarasota Opera both staged new productions during their 2016 seasons.

Interestingly, many of these productions altered sections of the story to soften any politically incorrect notions – including the name of the opera itself. The rehabilitation of Cosi, like it or not, has been part of its history.

“We’ve translated the title in the playbill as ‘They all do it’ without the historical implication that we’re only talking about women,’’ Sforzini adds.
. . .

. . .
On a deeper level, the story hints at disillusionment, distrust and the decay of human dignity, although the delights of Mozart’s lyrical score keep listeners above the din. And here lies the ambiguity. Is Mozart mocking these frivolous characters by creating tension between the comic and the somber? Is he teasing us with some psychological truth about the tonic of art? Or is it simply a fun theatrical romp?

“Mozart does such a great job delineating the comic and serious music throughout and varying the forms between arias and ensembles that anyone can enjoy this opera,’’ Sforzini says, adding that “for the nuanced listener, there’s a treasure trove of material to enjoy.’’

As in all Mozart’s operas, the notes carry more weight than the words, which were honed with exceptional skill by the composer’s frequent collaborator, Lorenzo da Ponte. Working together, composer and librettist created a work of concentrated expression that ideally molds music and language, and gives each of the six singers a unique vocal signature.

“I think Così has stood the test of time because it’s absolutely gorgeous music,’’ adds McGill. “And it will continue to engage audiences with innovative thinking from directors and actors.’’
. . .

The Mozart scholar Florence Badol-Bertrand said the story of Cosi is “clothed in a musical score that Mozart wrought like an exquisite jewel, with meticulous attention to the spacing of ensembles, arias, and tonalities, and to the psychological and musical development of each character.’’

One of these jewels is the sublime Act I trio Soave sia il vento (May the winds be gentle), which Sforzini says “induces goose pimples on my arms.’’

But during each rehearsal, another aria or orchestral phrase shines as if being heard for the first time. “It’s a truly glorious score,’’ Sforzini says. “Written towards the end of Mozart’s life (he had one year to live), the musical forms demonstrate the peak of his compositional output. The marriage of vocal lines with orchestra parts is sublime.’’
. . .

St. Petersburg Opera’s production of Mozart’s Cosi fan tutte
will be sung in Italian with English translations projected above the stage