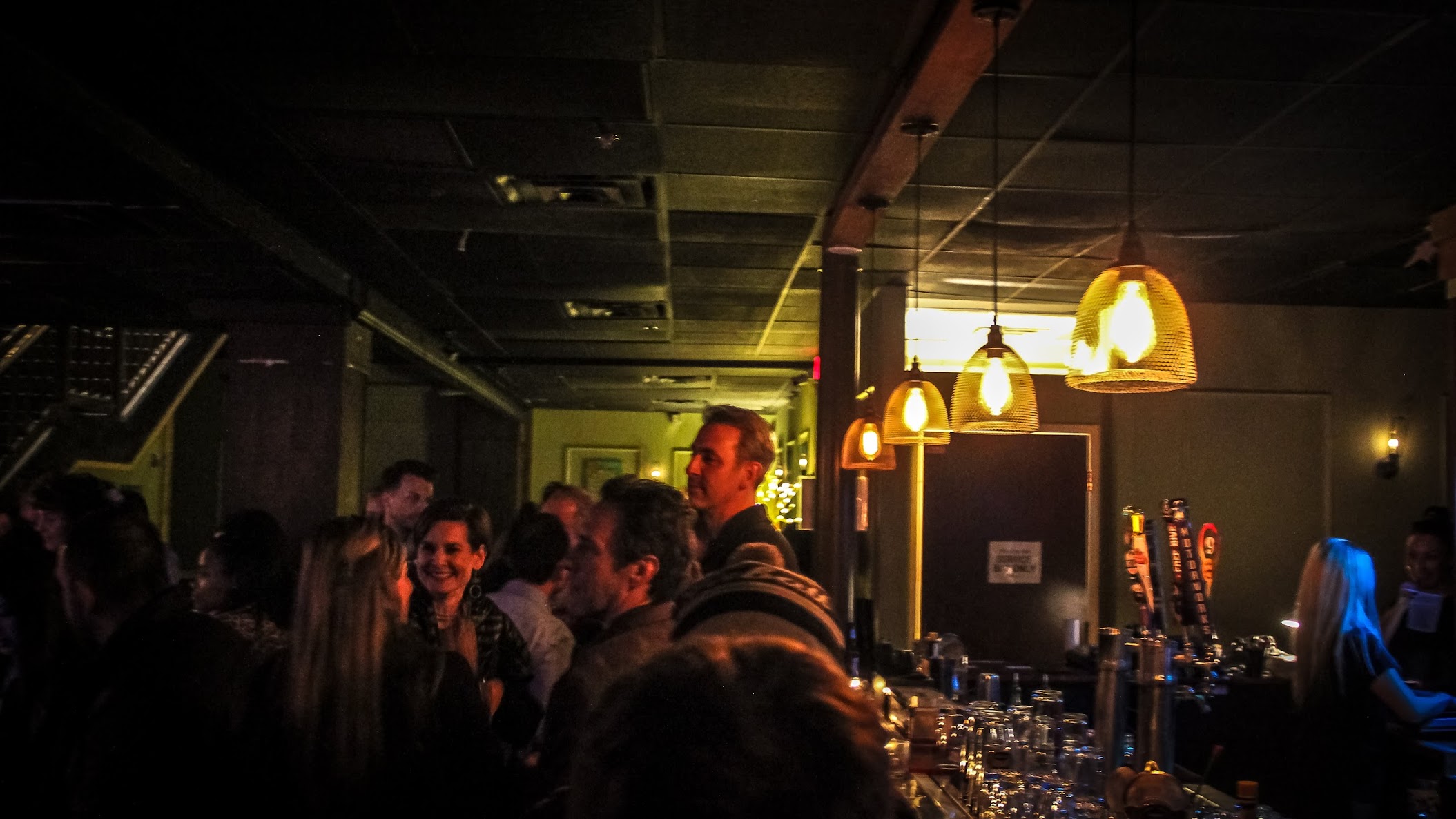 One of downtown St. Peteäó»s most popping underground lounges goes backæto the Prohibition Era — when the spot was known as the Fado house. æToday, itäó»s part of the popular Iberian Rooster restaurant.
As most old buildings go, it’s rumored to have a haunted cellar.æ In the joint’s previous heyday, the Fados hosted Portuguese gangsters who flirted with dancing girls and served the finest cocktails this side of the colonies.


Flash forward to present day and we can still enjoy some good live music while imagining the stride and swing of yesteryear.
Descend the ornate stairs to the lounge known as SubCentral At The Iberian Rooster. Itäó»s a local liveæentertainment venue that’s giving a stage to a wide variety of interesting artists; performers who are serious about their looks, sounds and words. It has an intimate speakeasy atmosphere, recalling the Roaring Twenties.
Plus, they truly do have a delicious cocktail menu, potentially dangerous for sure.
I was able to catch up with Russil Tamsen, the frontman of the new act Samepage, and he gave me a little of the backstory of the band that had its beginnings at SubCentral:
“We started last September, and our first two gigs have been at SubCentral, thanks to Jai at Left Lane. Slim, the monster bassist, and I had split from another St. Pete band called Unrestricted. Slim and Michel were already a well-oiled rhythm section from earlier days, all I had to do was jump on board. Our focus has been jazzy funk, what used to be known as fusion, with a bit of kitchen sink thrown in. We decided last month that we like a percussionist in the mix, and we are currently talking with one who played on a lot of Spyro Gyra albums. Slim hails from Plainfield, New Jersey, home of Parliament, which might explain the funk in him.”
Representing record label/promotions company Left Lane Presents,æMighty Jaiæhas performed at the spot, too. “I love it,” he said. “Thereäó»s no place like it in all of St. Pete.”
Jai helped us identify singeræShyann Roberts, courtesy of the Savage City Blog’s excellent write-up on the recurring Art & Soul event in the lounge.
From improv to comedy to burlesque to drag to all styles of music, there’s very little in the way of art and entertainment that isn’t featured at this hotspot.
So lean back and enjoy the music and see if you can spot Iberian Rooster’s alleged ghost.
Hereäó»s a list of 10 of their upcoming events: