Living in the Zone: Jeff Vandermeer on Weird Fiction, the Environment, and Human Stupidity 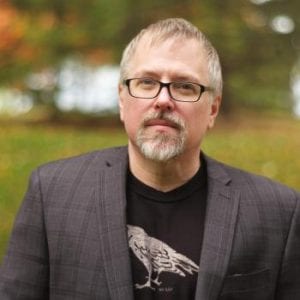 Florida has always had its handful of heavy-hitters in the book world, from Zora Neale Hurston to Carl Hiaasen. In the last few years, a new Floridian star has ascended to similar heights – Tallahassee-based Jeff Vandermeer, whose 2014 Southern Reach trilogy garnered praise from no less a giant than Stephen King, and saw him compared to titans like Kafka and Thoreau.

The Southern Reach trilogy, like many of Vandermeer’s previous works, is deeply preoccupied with humans’ relationship to the natural world. In fact, Vandermeer has said that the trilogy’s main setting, Area X, is partly inspired by the landscape of northern Florida. So we thought it only fair to corner Vandermeer for a few questions about literature and the environment.

The following email exchange has been lightly edited for formatting and flow.

David Z. Morris: What do you see as the role of science fiction when it comes to the question of the environment in particular? Not too long ago, sci-fi was about helping us imagine the limitless possibilities of the future, but things seem quite different now.

Jeff Vandermeer: Some science fiction was pretty unthinking about those limitless possibilities, promoting a message of colonizing other worlds without much thought about issues like Manifest Destiny or whether we would even recognize an intelligent alien species on another world or not. It just kind of went along with the narrative that we deserve to expand into the universe, along with fairytales about post-scarcity technology that has no environmental consequences. So I’d push back against the idea that those possibilities were realistic in some cases.

What’s happening now is that our science-fictional future has become the present, in terms of climate change and related issues. So we’re grappling with the hard truth that we have to re-evaluate what we even mean by dystopia and utopia. And we have to do it in a post-fact context, where we spend a lot time just trying to parse what reality is. 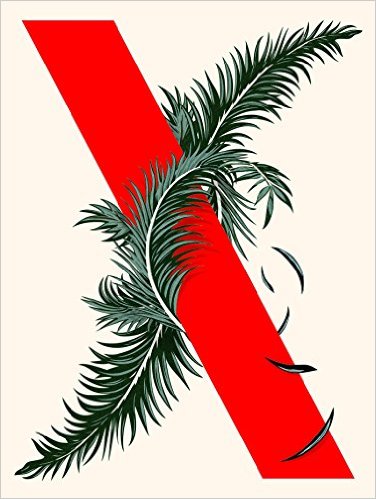 DZM: You’ve managed the amazing feat of carrying weird fiction back into the ranks of ‘respectable literature,’ at a time when literary fiction has become a pretty staid and predictable genre. Do you think the weird has particular resonances in our time?

JV: Writers like Thomas Ligotti and Caitlin R. Kiernan have done a lot of that hard work, but in general weird fiction has in the past, through folks like Kafka, had a good pedigree. But I do think the fact the weird can’t be commodified, and often is about a search for beauty or horror beyond human understanding—that it presupposes we can’t know everything about the world—makes it useful in our current context, where we have huge problems that manifest in almost uncanny ways. Also, I love literary fiction and I think there’s plenty of it that grapples with these issues, too.

DZM: You’ve written about two externally-caused disasters, in Finch and The Southern Reach. But in your newest novel, Borne, humanity has clearly caused its own downfall. Was that a conscious shift? And how does it change the stakes, artistically or otherwise? [Editor’s Note: Read our review of Borne here.]

JV: The Southern Reach kind of documents the same thing, even though Area X creates the collision course. Having seen what passes for logic in government agencies and in human institutions, something we’re seeing even now in terms of Houston’s zoning laws and disdain for environmental protection contributing to human misery. Case in point here in Florida, too: our Governor won’t even let his staff use the terms climate change or global warming. This is the height of stupidity and a contributing factor to our problems.

Borne just charts the aftermath of that and explores how we can still try to have a meaningful life. Too many post-apocalyptic scenarios simplistically show, say, right wing militias ruling a very harsh monolithic social and political landscape. The reality would be more complex, and as we see with people displaced by climate change today, acts of loving-kindness exist in those circumstances and are even more important than when things are going well.

DZM: Finally, what advice would you have for writers or other creatives living outside of big cultural centers like New York or L.A.? In particular, how did you connect with other folks with similar goals as you grew your career?

JV: I think the internet makes creative liaisons possible at long distances. You don’t really have to live in New York or Los Angeles to have a vibrant career and vibrant collaboration.

I’ve always been a bit of a loner, so, really, correspondence is enough for me, and I’ve put together several projects involving people on four or five continents just through email.

We’re glad Vandermeer was able to take time to answer some questions amidst a really busy schedule – he was off to Toronto just after this exchange. He’s probably about to get a lot more busy, thanks to the  forthcoming release of a film adaptation of Annihilation. Due out in early 2018, it stars Natalie Portman and Oscar Isaac, and is directed by Alex Garland. Garland is a novelist-turned-screenwriter-turned-director who most recently helmed 2015’s Ex Machina, another thinky bit of SF, so it seems likely to be solid.