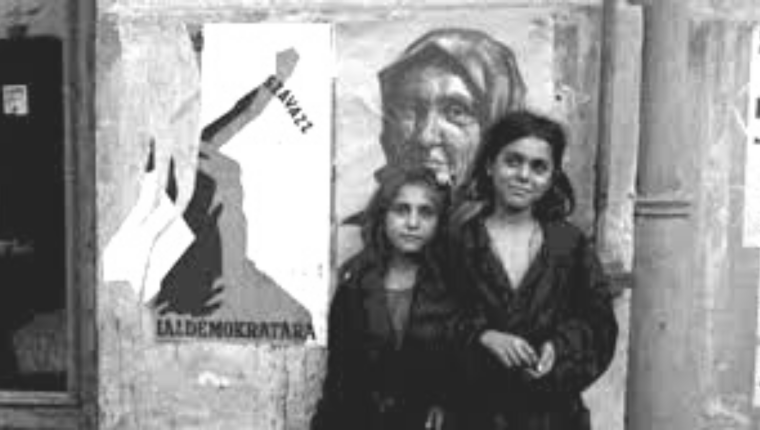 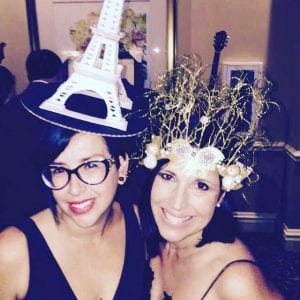 I was honored to provide fascinators for the Planning Committee of the Tea with the Royals Fundraising Event, The Afternoon Gala, which took place on Jan. 31 at the St Petersburg Yacht Club.

The event was a royal success.

All the ladies looked fabulous while supporting the three worthy charities, CASA, Brookwood and Suncoast Center.

I got the chance to wear my own Eiffel Tower headpiece while admiring the wide array of fascinators, hats and crowns.

Here are my top three fascinators at the event: 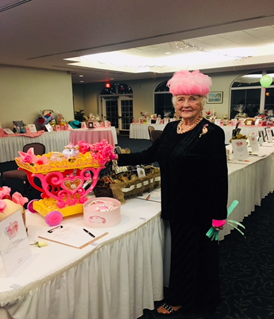 Lois Weisman is pretty in pink.

Lois Weisman: She enchanted me with a pastel pink vintage hat, featuring a pillbox base with various shades of soft pink feathers.  She informed me she purchased it at Woodies the day the shop closed permanently.  We chit-chatted about our common love for hats and fascinators and I was impressed to know she has more than 250 various headpieces at home. It goes without saying that we made plans to meet and play dress up.

Janneen Hambletondid not simply put on a hat; she carefully planned out her whole look! She was the picture of edgy meets elegance. From her off the shoulder black dress, cropped bob, to her modern boots, her attention to aesthetics paid off in full. 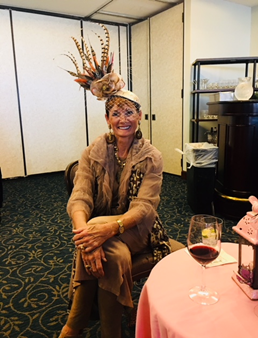 Pam Colvindefinitely showed her moxie! It’s not everyone who can pull of such an ambitious fascinator, and she did so beautifully.  Her fascinator had it all, netting, hat, a flower, and pheasant feathers. The height was impressive as was the blending of all the earth tones with a splash of orange. She completed her look with a monochromatic layering of tan garments.  She finished her look with organic wood accessories. Bravo!

About the author: Lina Teixeira is an acclaimed wearable art fashion designer, proprietor of Galleria Teixeira and volunteers for three downtown Clearwater civic organizations. She’s president of the Downtown Clearwater Merchants Association, a member of the advisory board of the Clearwater Development Partnership and has been recently elected to the Downtown Development Board. In the spirit of celebrating fashion as art, Lina will write blogs celebrating outstanding her favorite three creative looks worn by people at the functions she attends.