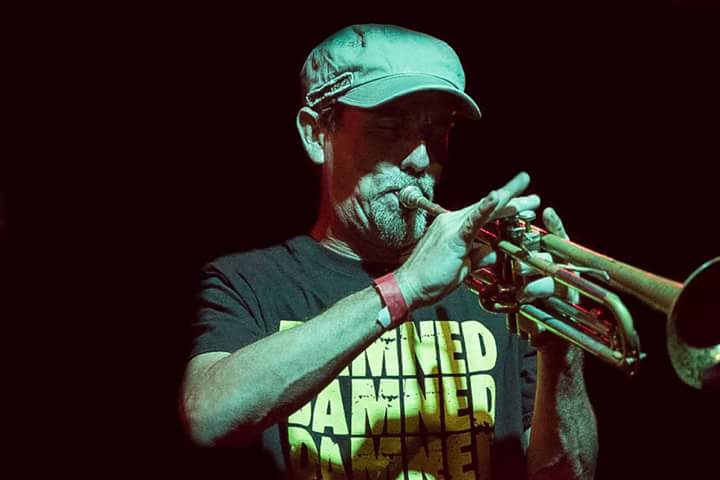 Injured Trumpeter Gets By with a Little Help from his Friends

Even if you’re not a Tampa Bay music scenester, if you’ve been to a show around town in the last decade there’s a good chance you’ve been at a show that horn-player Kenny Pullin has performed. He plays and has played trumpet in some of the Bay area’s most celebrated bands including Poetry N’ Lotion, Magadog and Have Gun, Will Travel. Pullin got injured recently at his house remodeling and restoration day job and was forced to take a short break from music, and work. Creative Pinellas talked with Pullin about his accident, his Tampa music history and getting engaged at Gasparilla Music Festival.

If you’d like to help with Kenny Pullin’s medical bills, you can donate at his Go Fund Me page.