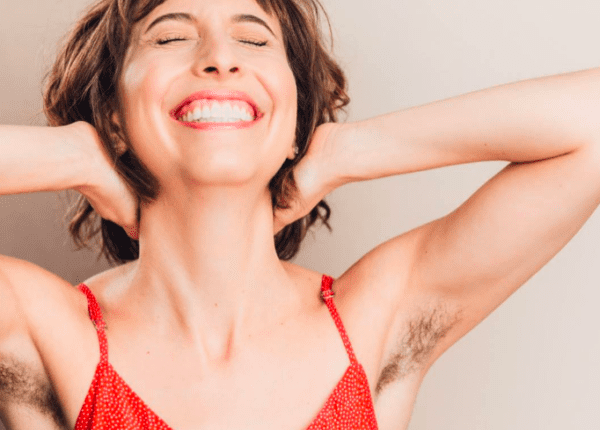 I started watching Season 2 of Dead to Me this week (my guilty pleasure) and am completely taken with a new character on the show, Michelle Gutierrez, a latinx queer chef played by Natalie Morales. I vaguely remember Morales from her role on Parks and Rec but her performance in this new role sparks with electricity and authenticity that I don’t remember seeing from her before. It began to make me wonder, is she queer in real life? I started googling and lo and behold she came out publicly in 2017 on twitter with an essay published on Amy Poehler’s Smart Girls site. This essay had me at hello; from the first line: “I am a very private person,” to the last remark: “I don’t like labeling myself, or anyone else, but if it’s easier for you to understand me, what I’m saying is that I’m queer. What queer means to me is just simply that I’m not straight. That’s all. It’s not scary, even though that word used to be really, really scary to me.”

Reading this essay allowed me to pause and reflect on my own journey with queerness. There’s so much in Morales’ essay that resonates. Growing up in Clearwater, Florida and attending a small Jewish school from kindergarten to 8th grade through the late 90’s and early aughts, queer representation was nonexistent. Unlike Morales, I didn’t even really have the conception that my attraction to girls had a name. All I knew was that those feelings and what we did hidden in private must be bad otherwise why would we hide it? But then again, pretty much all canoodling was viewed as improper. As I entered high school and moved to a bigger school, it was socially acceptable to have boyfriends and as a teenage girl with raging hormones I gravitated toward the people I could be with publicly.

I buried this deep, deep down in myself for a long time. I never talked about it with family, friends or even my partner even though they are kind and loving people. Sometimes I ask myself why and the best answer I can come up with is that I truly didn’t know how to talk about it. I didn’t know that I could be neither straight nor gay until I was with a community of artists who made up a beautiful spectrum of sexuality and gender identities. The early days of Experimental Bitch were artist salons in people’s living rooms. It was reading plays and poetry together and talking openly. It was glorious. I was living in New York City in my early twenties and something wonderful and painful began to open in me. I eventually came out to my now fiancé, who has been the most supportive, incredible partner as I have been discovering how to live openly as my true self. I am intensely private and I have felt a lot of imposter syndrome knowing that from the outside I look like a straight person. Maybe this is why I gravitated toward the arts, where, from an early age, I felt like I could be my full self when I was on stage.

I am so grateful that the world we live in now has LGBTQ+ visibility for kids in a way that I never had when I was young. When my nephews or kids I babysit ask me why I have armpit hair and don’t shave my legs I tell them it’s my way of showing the world who I am. The world is big and there’s not one way to be. Here’s to listening deeply and loving bravely.