Isabel Allende will be speaking
on Monday, January 27
at Tampa Theatre
Details here

Growing up in the U.S., I did not read many authors who looked or sounded like me. In school we read the classics, which were mainly written by old white men. To be frank, in my adolescent mind, all writers seemed to be old white men.

It wasn’t until I discovered a two-toned red and maroon hardcover in my older sister’s room with Eva Luna embossed in copper onto the spine that I read a book by a Latina writer. I put aside my required reading and devoured it from cover to cover and then I read it again.

My 12-year-old world as a reader shifted. The novel, written by Isabel Allende and translated into English by Margaret Sayers Peden, was full of vibrant imagery, Spanish and English dialogue, drama, passion, history and secrets. What I liked most about it though is that it focused on the everyday interactions of our hero, Eva Luna, a Latina — someone completely different than the heroes of the books I was assigned, someone who looked and sounded like me. 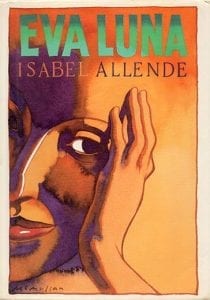 She was and will forever be the most awe-inspiring protagonist.

In my family, we wove in and out of Spanish and English when we spoke at home. Correction: my parents spoke to us in Spanish always and my sister and I would respond in English. When I told my parents that I wanted to become a writer like Isabel Allende, they pulled out another Allende book from their shelf for me along with novels by Laura Esquivel, Gabriel García Márquez and Carlos Fuentes to read. The only problem was they were all in Spanish.

Although Spanish was my first language, I loved to read and operate in the world outside of my house in English. It was cool to speak English and frankly my Latinidad always seemed to be the thing that made me stick out too much at school. That made people see me as different. As is the dilemma of the first-generation kid — I wanted to be myself and found so much comfort in Latinx writers like me, but I also wanted to blend into the background and fit in with the kids at school. 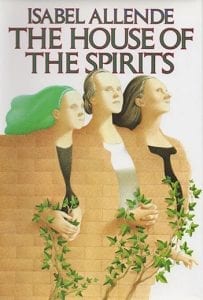 After school, I’d come home and stare at the stack. A paperback copy of Allende’s La Casa de los Espíritus (The House of the Spirits) looked back at me from the top of the stack. With a title like that, how could I resist? I read my way through the stack of books written in Spanish. Isabel Allende remained my favorite, so I returned to her books again and again and became a lifelong reader of her work. Being bi-cultural is complicated but Allende always made me feel seen. Not only that, as a young person who aspired to one day be a writer, she made me feel limitless.

Flash forward to grad school where I read in Conversations with Isabel Allende that the novelist only writes fiction in Spanish, native tongue. Inspired by this notion, I began writing poetry in Spanish, my first language. I went on to write a poetry manuscript in Spanish and English, which was selected for the Academy of American Poets Ambroggio Prize and will be published in a bilingual edition by ASU’s Bilingual Press/Editorial Bilingüe in 2020. 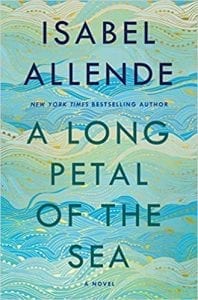 I owe a lot to Allende as a reader and a writer. I continue to read her work as an adult. She is the writer I’ve had the longest relationship with and I am so looking forward to reading her latest book A Long Petal of the Sea — in English and Spanish.

Gloria Muñoz is a Colombian-American writer and translator. She is the author of Danzsirley/Dawn’s Early, which was selected for the Academy of American Poets’ 2019 Ambroggio Prize and is forthcoming from Bilingual Press/Editorial Bilingüe in 2020. She is also the author of Your Biome Has Found You (Finishing Line Press, 2017). Her writing has appeared in Best New Poets, Puerto del Sol, Acentos Review, LUMINA, The Rumpus, Yes Poetry, Juke Joint, The Sarah Lawrence Review, The Brooklyn Review, Entropy and elsewhere. Gloria has been honored by being a part of the inaugural Tin House YA Fiction Workshop, a New York Summer Writers Institute Fellowship, a Creative Pinellas Emerging Artist Grant, a USF Humanities Institute Poetry Award and a Think Small to Think Big Grant. She teaches creative writing at Eckerd College.