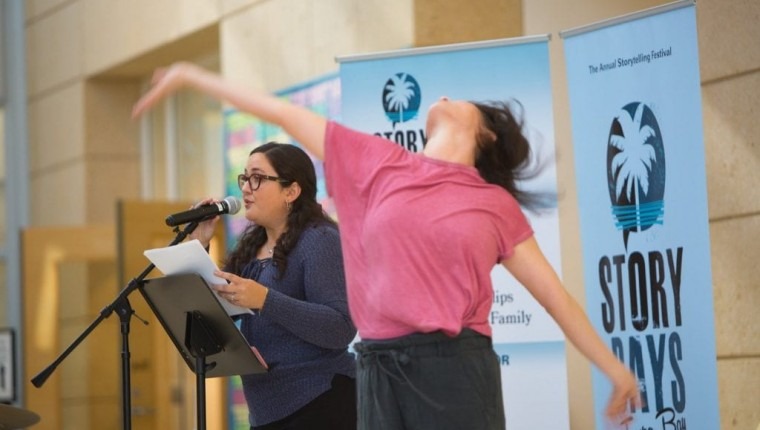 Q. “Canta y No Llores”: Where does that title of your essay come from?

Q. But in your piece you cross out the No. Why?

A. Because I want the essay to give women permission to cry.

I am talking with Gloria Muñoz by phone about her essay “Canta y No Llores” which won the Lumina Journal’s Multilingual Contest. Lumina is the literary journal of Sarah Lawrence University where Muñoz received her B.A. over a decade ago. The contest, honoring writing that features more than one language, was judged by Ingrid Rojas Contreras, a short story writer and novelist (Fruit of the Drunken Tree) who was born and raised in Colombia.

Muñoz, whose family also came from Colombia, teaches creative writing, the lyric essay, and a literary editing and publishing class at Eckerd College.  When the pandemic hit, she, like professors across the globe, transitioned to giving classes online. I reach her as she is finishing up the last week of school, grading final papers and comforting students, all while caring at home for her new baby, Luna, born less than a year ago.

“Canta y No Llores” (you can read the whole essay here) “skids between poetic, humorous Spanish and English that is straightforward and yet extraordinarily lucid, marking a collision course to what it means to be a strong woman who cries — privately,” Contreras wrote in awarding the Lumina Multilingual prize to Muñoz. “The world of grandmothers, mothers, and daughters is described intensely here, folding us into the question of how women carry pain and what there is to reinvent in the realm of our own private weeping.”

A poet, translator and filmmaker as well as a full-time professor, Muñoz was the subject of Creative Pinellas’ podcast series Arts In hosted by Barbara St. Clair. She’s also a contributor to the Arts Coast Journal.

We talk about her grandmother who died last year and La Llorona, the weeping folk figure who appears in many Latin American cultures. The two intertwine throughout her prize-winning essay.

“La Llorona dates back to before the 16th century,” says Muñoz. “There are different versions of her story. There are many names for her. The story is always morphing. The folktale changes depending on whom you ask. Everyone has a different take on her.  I like that. In the Colombian version she is seen as a bad mother who tries to inflict harm on her kids.”

So a scary story?

“Yes and no,” says Muñoz. “It’s kind of scary but also kind of matter of fact.”

In her grandmother’s stories La Llorona was “sometimes an old friend, a nun, a witch, a family member, a woman from her barrio whom she felt sorry for, a veces joven, a veces una vieja. But mostly she was just a sad, sad woman left to cry and wander and cry in circles.”

In her essay, Muñoz compares La Llorona to a “crying sickness passed on like a virus” from woman to woman. “La Llorona was as ubiquitous as air,” she writes. “She could be inhaled and take over your body. She could be sneezed out and inhaled by another passerby… I knew a lot of sad women as a child and I sometimes worried that La Llorona was coming for me next.”

The image of sadness as a virus certainly is a metaphor that reverberates in the time of coronavirus. Except that Muñoz wrote the essay long before the appearance of COVID-19.

“I wrote that essay months and months ago,” says Muñoz. “I was shocked myself when I later read the final copies. But that always happens with writing. The writing itself is looking forward and back in time.”

Like most women of her generation, Muñoz’s grandmother criticized other women for passing on this “sadness” virus, admonishing them for crying. “My abuela was a very strong woman, very direct. She had a tough life,” says Muñoz. Alone in New York with no English, no work experience and no secure housing, Muñoz’s grandmother found a job in a Manhattan clothing factory to single-handedly support her children. She didn’t suffer fools — women needed to be resilient and strong women didn’t cry.

“Women are always subject to a double standard,” says Muñoz with a sigh. “Everything we do is projected on our gender. We are told to be good and pretty and nice. As a new mom I am now very cognizant of the words I use with my daughter. The expectation is that you don’t complain but also are pleasant. You don’t want to make other people upset. But there’s a power to sadness that is unspoken.”

Crying is our secret superpower.

The unspoken power of sadness is not unlike the power of anger and rage, says Muñoz. Something women are beginning to understand — like the anger unleashed among women after the last Presidential election.

“Any time women have power, it’s a threat to men,” Muñoz tells me.  “I learned this early on when I watched the women around me cry in their cars, in the dark, over a stovetop,” she writes in “Canta y No Llores.” Her father told her and her sister to be strong, to be “berracas” in life.

“Berraca” is the only Spanish word that Muñoz translates in “Canta y No Llores.”

Why didn’t she translate the other Spanish lines in the essay?

“I like going in and out of languages without too much explanation,” she says. “I trust the reader to sit with the writing, to look things up, to understand the meaning in context.”  After all, it’s what Spanish-speaking people (or any non-English speakers) have to do all the time in America, she points out. “People can do it the other way around. I trust the writing. I trust the reader.”

Muñoz herself moves easily between Spanish and English. “I balance the two.”

Spanish is the language she grew up in and it is the bridge she uses to communicate with her family — including family members still in Colombia.

“It is inherently the language that made me different for better or for worse. You love your language, your culture, but you are made fun of and feel like a fish out of water, so you move away from it, but eventually you move back to it,” she remembers. “I am thankful to my parents that they spoke Spanish. Period.”

That is her abuela in the photograph that accompanies her winning essay — a woman in a polka dot shirt, white pants and gold bangles dangling on her wrist, laughing next to a dapper man holding a violin. Her grandmother was in Mexico visiting her best friend who had moved back there and they went to listen to a mariachi band, her favorite music. “My grandmother didn’t speak English,” she says. “She built her world around a Spanish community. Imagine that.”

Is there a difference when a writer chooses one language over another?

“Yes, there is a difference,” says Muñoz.  “My subconscious functions in Spanish. I make more metaphoric leaps in that language. Spanish feels very alive to me.” Perhaps it’s the sonic quality of the language, but imagery comes more quickly to her in Spanish. Also, she mostly dreams in Spanish. “I spoke Spanish first and I think you naturally dream in the language you were first taught.”

English, on the other hand, is the language she functions in, in a more practical way. “It’s the mortar of everything,” she says. “I love English. I find it to be a really unique language because ultimately at its roots, as with much in western culture, it is born from a multitude of other places. I find that interesting.”

Muñoz often writes something in one language and then translates it into the other to see what Spanish can do for English. “I do that a lot when I am stuck.”

Has she been more stuck than usual during coronavirus lockdown?

“There are lots of writers who have been in odd head spaces during this time,” says Munoz, presumably including herself.  “We are in the game of observation and during this sad time, you can’t help but deeply feel. It’s tough.”

Less production and more introspection, I guess. The great World War II and Vietnam novels, after all, were all written long after those conflicts ended.

Students have been especially knocked flat by this difficult time, Muñoz tells me. “I really feel bad for the seniors,” she says. “Eckerd is a dream school. I wish I had known about it when I was going to school. It’s a real community. It’s so beautiful as a setting. There’s a beach on campus. There’s a high sense of community and a closeness among everybody — faculty, students, staff members — and when we had to separate, students felt somewhat panicked.

“We are trying to create those bonds again — online. Students are sharing their own personal stories and sharing their work. Classes have created chat threads that they have with each other so they can share photos, funny things they find on the internet. Students adapt no matter what but they miss school terribly.”

To recreate that sense of community at Eckerd, Muñoz’s publishing class, which every year puts together the Eckerd Review, was determined to put out the 2020 version (you can read it here).

Instead of gathering together to hash out its contents and then launching copies of the magazine at a release party, however, they have compiled and published it online. A virtual launch party reading was held last week. A small print run is planned as well.

Has she cried during the coronavirus lockdown?

“Oh, my god, yes. Holy smokes, during this time I have had a lot of feelings. I wear my heart on my sleeve,” she admits. This society, she points out, does not deal with sadness and grief as well as some other countries. “We struggle with it. When we experience a loss, we’re given two weeks off and then you are expected to be back in the game.”

Now, even if we are not directly affected by the coronavirus, we feel empty and sad. “I have a job, my family’s healthy, but the whole world is grieving in various ways,” says Muñoz. ”It’s terrifying how badly our government has handled this. It’s very frightening. I think we are going to be in a mass state of mourning for a very long time.”

In “Canta y No Llores” Muñoz describes personal losses, but it feels like she is addressing all our losses in this time of masks, social distancing and isolation. When she lets La Llorona inside her, we let her inside as well.

We need her superpower more than ever.