Corner of Blanco and South Streets

A collapsing shack loiters at the sidewalk’s edge
just a hairsbreath from the blue cottage we’re renting,
little cottage that’s letting us breathe for a few days,
tucked away from our real lives.
Falling out somebody’s yard, shell-stone and coquina.
Peculiar as an outhouse in this grand oak neighborhood.
I’ve got to find it out.
Boarded window holes, boarded doors, but what once was
squats inside the black cracks: 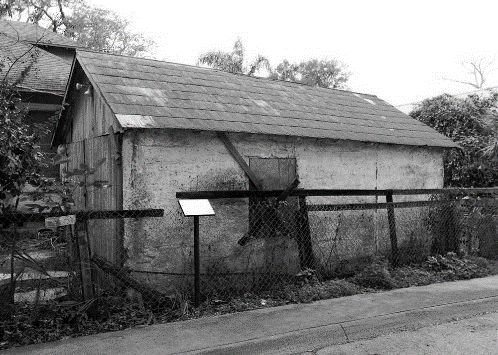 Next to 22nd Street, the shell lot is stuck to the railroad track. The night magic
of our youth hunkers in dust.
Fun-Lan Drive-In: speakers hang like magic charms
from the windows of the Ford Fairlane. One majestic screen opens onto summer’s first night.
Up front, Dad and Mom are Saluting the Civil War Centennial in Technicolor:
Gone With The Wind bustin’ out the bar-b-que and fiddle-dee-dee. Dad’s crunching
potato chips. Mom sucks a black olive, then a Pall Mall, blows smoke towards the flare
of the concession stand. In the back seat, watching Mammy cinch Scarlett’s waist so tight,
my sisters and I stuff our faces with pimento cheese, corn chips and Coke. We’re planning
which swings to grab at intermission when Mom’s shushing wafts back towards us.
As Gallantry Takes a Last Bow, she’s already breaking down the old rules.
Hattie McDaniel was the first African American to win the Academy Award.
But we kids don’t know a thing about that, just that Mom’s started a new job at Head Start,
she’s made her first Negro friend and next weekend the NAACP folks are coming for dinner.

Because these days you never know.

Visually scan the venue.
Identify possible exits.
Work to build a barricade.
This is what it’s come to.

Today I am earning 3 credits
in a place of higher learning.
Is there anywhere to hide?
Police Chief: gotta face it.

Dad’s weapons when we were kids:
Just a bunch of wooden clubs.
He’d served during the war.
Maybe he’d shot enough.

Next session up: explosives.
Head of Security: twitchy.
Later I enter the classroom of freshmen.
Every backpack’s loaded. 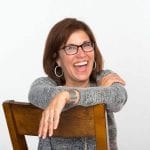