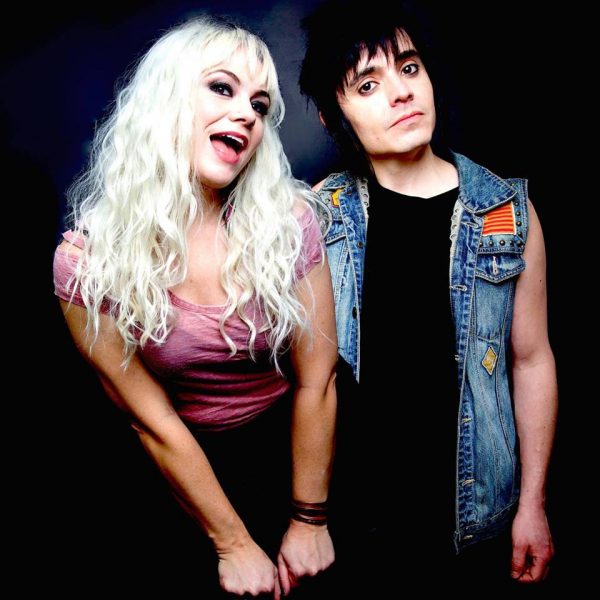 From L.A. to Tampa Bay |
a Q&A with the nationally local Dollyrots

The Seminole Heights-based duo will play the neighborhood’s Heights Unites Festival  this Saturday.

The Tampa Bay area is home to a nice chunk of some famous athletes, musicians and a couple actors that believe in a God named Xenu.

Pop punk band The Dollyrots also call Tampa home after making a name for themselves in Hollywood and globally.

If you haven’t heard of them, you most likely have heard them. The husband and wife duo, comprising Kelly Ogden and Luis Cabezas, have a huge fan base and have been working musicians since the early 2000s thanks to countless tours and albums, plus movie and televisions gigs.

Because they happen to live in Seminole Heights, Tampa Bay will get a somewhat rare local performance this weekend when they take the stage at the Heights Unites Music and Arts Festival on Saturday — just before leaving in March for their nationwide Party Time Excellent Tour.

“They’ve toured and promoted their butts off,” Ulrey adds, “but it’s not unusual for a Bay area band to have a larger following outside of their hometown state and city.”

Ulrey also says that he’s excited they will be a part of the “little neighborhood event”  this year and “maybe show some Seminole Heights-ers that we’ve got amazing original bands right here in our own backyard.”

Before that successful crowdsourcing campaigns through PledgeMusic boosted the band’s popularity. This followed the group’s 2012’s self-titled LP, two albums on Joan Jett’s Blackheart Records, and a 2004 debut through Lookout!/Panic Button Records.

Creative Pinellas got a chance to chat over email with Ogden about the band’s Florida formation, what brought them back and their Tampa experience thus far.

Is it correct you formed in Florida but then relocated to Los Angeles? How was L.A. for you?

Yep! Luis and I grew up in Land O’Lakes then moved to Sarasota, where we got bio degrees from New College. The band was formed in our last year of college as a joke. We never planned on making music our careers!

We moved to Los Angeles after graduating and planned to establish residency for grad school but the band kinda took off. A random audition for a Hewlett-Packard commercial gave us our first big sync placement, and that snowballed into a career spanning several albums, tours, and film/TV licensing. We appeared on-screen on CSI-NY, got signed to Joan Jett’s record label, got used in a Kohl’s back-to-school ad campaign, had a song in a trailer for a Disney film… the list goes on and on.

Most of all, we were part of an incredible music scene and made friends we miss every day. We really loved our time in Los Angeles. It was definitely the right move for us at the time.

When did you move back to Florida? Why did you make the move back?

We moved back to Tampa in the Summer of 2014 when our first kid, our son River, was 7 months old. We forgot how hot it gets; word to the wise: Don’t move to Florida in the Summer! We always planned to come back home when we were ready to have kids. We both grew up around family and it was important for us to give our kids the same experience. 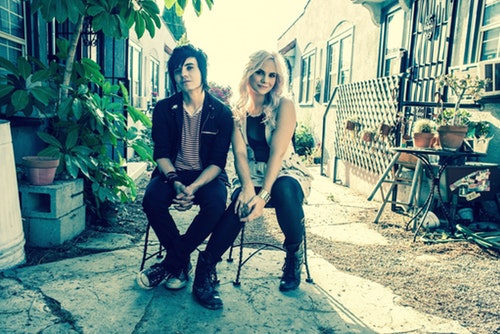 What are your favorite venues to play in the Tampa Bay area? Nationally?

We’re still getting a feel for the Tampa scene. It’s funny because prior to last summer we hadn’t played here in over 5 years. We feel much more in tune with venues in Los Angeles, which is still very much the spiritual home of The Dollyrots. Venues like The Troubadour, The Roxy (where we filmed a concert film) and a newer one, The Hi Hat. The West Coast is where we feel most comfortable as a band to be honest. On the other hand, when we’re home in Tampa we’re usually doing family stuff. If we want to see a rock show it’s time to call the babysitters! That said, our last show at Rock Brothers in Ybor was really great, it’s a solid newer venue with lots to offer concertgoers. We love going to The Ritz for the medium sized touring bands, The Orpheum, and Crowbar too. And Microgroove is rad for the record store live band experience. Lots of options all within a few miles!

What kind of music/bands do you expose your children to?

We don’t consciously try to expose them to anything in particular, but be default they’ve heard a lot of Bowling For Soup and Go Betty Go, our repeat tourmates. River and Daisy tour with us, so it’s not uncommon to see them at the side stage watching bands with their gun muffs on. These days they’re hearing a lot of new Dollyrots … we’re just finishing up a record so they’ve been around for the mix notes. They’re not afraid to let us know which ones are “keepers” and which songs shouldn’t make the cut! Besides that, at home we usually listen to a lot of ’70s and ’80s punk, ’50s rock ’n’ roll, ’60s girl groups, and of course ’90s alternative rock. If the radio is on it’s usually Little Steven’s Underground Garage on Sirius Satellite Radio, where they occasionally hear Mom and Dad’s music get spun.

Any band that you would hate for them to listen to?

Nah … if I say it you know they’ll go straight for it! Honestly though, they’re their own people. We’re just helping them be the best little people they can be. It’s not up to us what they will like or what they’re going to feel passionate about. Our job is to help them figure that out.

You’re on the verge of a national tour. Do you you children come with you?

Yeah, they’ve been on the road their whole lives. Crossed the USA and Canada and Europe too. People think we’re crazy, but we have a great crew of people that are like their rock ’n’ roll aunts and uncles. It’s a challenge at times but traveling with kids in some ways is easier than being at home. They never get bored and every day is a new experience. They soak it all in.

And we tour in an RV or bus so they have a consistent routine. It’s not the same routine as when we’re home, but it’s not very hard for them to slip into the tour mindset.

When you’re not on tour, what does your daily life look like?

Just like most other parents with preschoolers, really! We get up early for VPK drop off, then juggle kid time with working on the band biz in our backyard studio. We are very hands on with our band. In many ways it’s like having any other business…you still gotta pay bills, do the books, ship the merch, order product, do our social media…oh yeah, and make music! Making albums and touring are kinda the reward for all the rest.

Do you have any local bands you’ve seen that you love?

We love Pohgoh, No More and Wolf-Face. We’re also friends with the guys in King of Denmark.

How did you get connected with the Heights Unites festival?

They reached out to us kind of out of the blue. We had no plans to play Tampa anytime soon, but we love our neighborhood and feel a great connection with the organizers. Plus, this’ll give our “parent friends” a chance to bring their kids to a show. River will probably be side stage.

I have a duets record coming out March 22nd with our pal Jaret (Reddick) from Bowling for Soup that’s been in the works for the past year. It’s a side project but it’s really taking off, we were recently picked as the theme song for ABC’s new The Goldbergs spinoff Schooled. On the heels of that we’ll release the first single for the next Dollyrots album, then a full length this Summer with more touring! And we will definitely be playing Tampa again before the end of 2019 so keep an eye out.