Gather ‘Round for a New Season
at freeFall Theatre

. . .
On a recent interview with freeFall’s artistic director Eric Davis and community outreach director Matthew McGee, Davis said this when asked about the theme for the recently announced 22/23 season. “Well, if there’s a title or something like that idea, it’s ‘gather ‘round,’” he says. “You’ll notice when you get your new season brochure, that it’s got a picture of a fire. And that’s the message – to gather ‘round. It’s an image we’re really holding onto around here right now.”

After a difficult two-plus years for all of us, Davis explains his vision. “We’re just trying to get back to basics, get folks to come together around our fire once again – to give them positive stories with uplifting messages. Folks will see a wide range of things in this season, but what they all share is that they communicate hope. We want to remind people of their joy. That’s really our focus right now.”
. . .

. . .
McGee adds, “What we’ve noticed in our second season back since Covid, is that there is still some hesitation – people are a bit more choosey about which shows they come to, so we want to try to offer them enough variety of programming. I like to say when people are here, we transport them in a way that helps them escape. Our only agenda here is to help people have a really nice afternoon or evening out.”

With that in mind, freeFall has reimagined their subscription model and expanded offerings that provide additional diverse programming along with larger scale productions. Looks like there’ll be a lot less downtime between seasons at freeFall.

Davis explains, “Our new subscription model allows folks to sign up for $29 per month (for at least a one-year commitment), and they can see any production they want during that year. After one year, you can cancel at any time, but your subscription will otherwise be automatically renewed. You won’t have to do anything. It’s a model that works best for us and for our patrons.”

This new model has subscriptions move from year to year as opposed to season to season. When you sign up determines the start (and end) of the subscription. You may see shows in two different seasons on one subscription, depending on when you begin.

McGee explains, “There will be at least three unique events every month at freeFall – with many featuring as many as five or six. There will always be something going on here, so everyone can come to as few or as many events as they like.” Davis adds, “If a subscriber comes to every event we offer in a year, it averages less than $10 per show.”
. . . 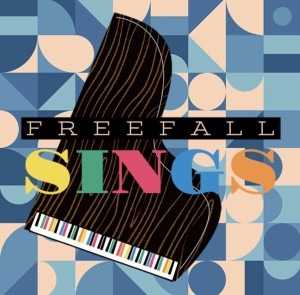 . . .
Some of these additional program concepts are known as the Tandem Series – events like cabarets, freeFall Sings, Movies with Matthew, gameNight! and many one-night-only events. Oh, and you can now take your drinks into the theater as well!

freeFall has not only been creative in restructuring subscriptions and programming to help keep their fiscal picture healthy, they are also the recipients of an NEA American Rescue Plan grant distributed by Creative Pinellas to assist them in overcoming the challenges to the arts over the past two years. From their application –

“This NEA grant was unique in that it recognized there is still a great deal of financial strain fine arts and performing arts venues are facing due to Covid. freeFall was swift to jump back into programming, as early as Sept of 2020, but production value, and cost, didn’t change. Audience sizes did, for safety reasons, of course, but, as such, the financial strains of 2020 are even more heavily felt leading into a 2022/2023 season. We’re using the funds from this grant to be able to continue hiring artists and production staff, pay them a living wage and benefits, so that we can focus on what we do best; be fantastic storytellers and create proverbial campfire conversations for our community.”
. . 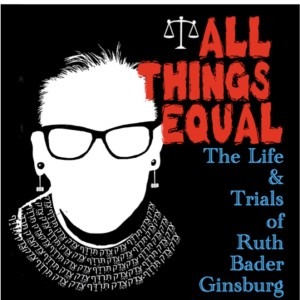 . . .
First, we must finish the current season. Rose and Walsh just opened as the finale for the 21/22 season. It’s Neil Simon’s final play – a beautiful look at enduring love and the afterlife.

Here are the feature productions for the freeFall 22/23 season. For more details, you can listen to this Beauty and the ‘Burg audio interview with Eric Davis and Matthew McGee.
. . .

All Things Equal: The Life and Trials of Ruth Bader Ginsberg by Rupert Holmes
October 5–23, 2022

This is quite special – the world premiere of this newest play by the Tony Award-winning playwright and composer. Holmes has had quite a journey since the Piña Colada song. . .
. . .

. . .
The Night Before by Matthew McGee with original music and arrangements by Michael Raabe
November 25-December 24, 2022

This Tony-nominated musical set in 1948 Chicago is just what the title implies. Add some great storytelling about life and love – the humor and the struggle – and you have a wonderful night of theatre.
. . . 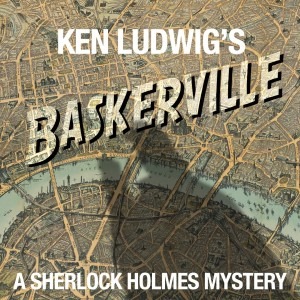 An uproariously funny retelling of an Arthur Conan Doyle classic.

The long-awaited world-premiere of this original play by freeFall’s own Davis and Raabe. It’s a look inside the life and magical world of author Frank L. Baum – a dreamer and creator of the series that became a historic and enduring classic.
. . .

. . .
Movies with Matthew invites you to gather and share classic movies with host Matt McGee, and enjoy the upgraded picture and sound quality in freeFall’s theatre. August 9 at 7 pm is Neil Simon’s The Goodbye Girl and August 19 is The Neverending Story.

Sinatra, My Way on August 11 at 7 pm – the versatile Larry Alexander shares stories and songs of Frank Sinatra, backed by a jazz trio.

August 16 is gameNight! at 7 pm. Family-friendly interactive games that pit members of the audience against live contestants and each other.