A good stew needs a lot of stirring to keep the bottom from sticking.

That about sums up my efforts – started in 1989 until 2008 – to find funding for and finish my film, JUMP AT THE SUN, about the great Florida writer Zora Neale Hurston. In 2008, the film was one of five in that years PBS’ American Masters series, winning a primetime EMMY for Outstanding Nonfiction Series. I encountered opposition every step of the way, but eventually, with perseverance and tenacity, I raised the money needed, brought in prestigious collaborators and top name talent, and breathed a sigh of relief.

At the time, I thought that was a gargantuan feat. But just this week, a book by Hurston which she wrote in 1928, was finally published – a span of 90 years had passed! The document had languished in the Howard University archive in Washington, D.C. until those who hold sway over Hurston’s literary estate were able to bring the book to the public. Setting aside copyright issues and the usual bickering that undermines consensus, Barracoon was finally published. There was no more need to scrape the bottom of the pan! 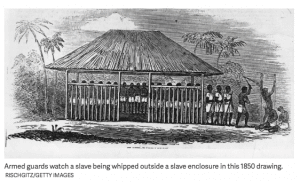 Cudjo Lewis was the last surviving slave – human chattle – to have made the journey of the Middle Passage from Africa to Alabama. When Hurston interviewed Lewis in 1928, he was 88 and would die seven years later, a remarkable 95 year-old. Despite leading a slave’s life, Cudjo lived into his 90’s. Zora also took 16mm film footage of Lewis, which I included in the credits of my film.

Hurston is as remarkable, although she only lived until 1960, just as the Black Arts and Black Is Beautiful movements began to gather steam. She would have been in her element during those times, a chronicler of cultural race pride at a time when blacks were trying to assimilate and shake off the culture that made them distinctive. Her 1934 book, Their Eyes Were Watching God, also languished for years, until it was brought back into publication in the 1970s. Today it is part of the American literary canon, and is taught in high schools and colleges as standard fare.

This is a short book, a quick read, but it will leave you thinking about its content for a long time thereafter. For more on Cudjoe Lewis, click the link.