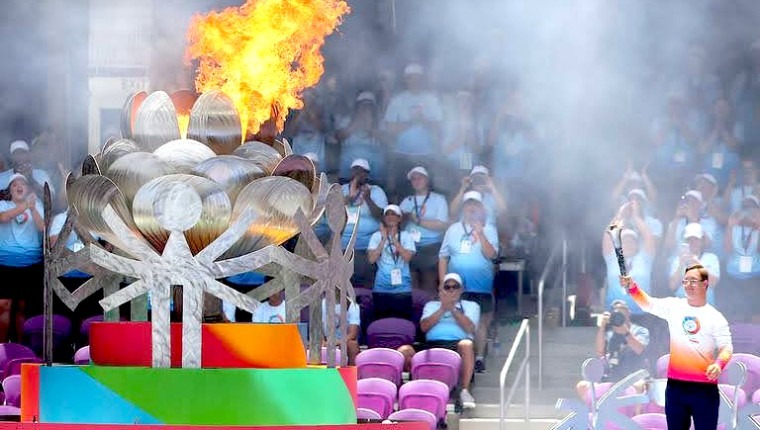 This Saturday, Dumbwaiters play their first show in almost 10 years, at the St. Petersburg Shuffleboard Club in part of the music collective Screw Music Forever‘s festival Come the Freak On VII. Many of the old members, fronted by Brian C. Repetto, will be reuniting to play.

Every generation thinks they have the best music. That they made breakthroughs and changed things. That doesn’t change in local scenes either. In the mid-’90s through the early 2000s, Tampa was really rocking. We had the best music and we started things. There was Home, The Semis, Leels, the Washdown, Hankshaw and the hip hop act Red Tide. It was the start of Retro Red Square Recall at the Orpheum. Seminole Heights was getting noticed with Viva La Frida and the Liars Club. And topping it all off were the band Dumbwaiters fronted by Brian C. Repetto, aka BCR, on vocals, guitars and keyboards-all completely self-taught. Dumbwaiters started as something of a noise, improvisation experiment that grew into one of the most liked Tampa Bay area bands. They produced three full-length albums plus a few seven inches. Their last album “Musick” won Creative Loafing’s Best CD of 2005. They played shows with TV on the Radio, The Dismemberment Plan, and toured the country. Throughout the history of Dumbwaiters, there were many, many lineup changes-including Jeremy King, Kevin Pytlak, James Bess, Brad Truax, Mark Bustin, Chris Millstein, Jessica Richards, Matthew Bowman and Tim Kearley but BCR was always the constant.

When he was young, a young teen, BCR started playing music with friends. They played for a handful, if that many, of people at friends’ houses. He made tapes of musical noises and handed them out. The first Dumbwaiters recordings were born after BCR played a raucous show at the Ybor institution Blue Chair Records in the band Swollen. “(I) Spent the last 20 minutes of (the) set laying on the floor with legs in the air screaming making noises on my guitar.” The first Dumbwaiters recordings were “Not songs, noises and songs. Inspired by Thinking Fellers Union Local 282 and Trumans Water…(I) Made a tape called a ‘Westward Ho’, me by myself under the name Dumbwaiters. (I) used old cassette singles…dubbed on little cassette singles. I threw on stage when Pavement played, Steve (Malkmus) picked it up. Wowee Zowee came out in 95. It was one song that had this little keyboard part on it, ‘I was like f*#cker ripped me off.’ I’m sure (it was) just coincidence.”

He got a little more serious with the project, gathered some friends and started practicing at a rehearsal space by the old Hub, in downtown Tampa. They played Blue Chair again, and started recording and growing in popularity. Lineups changed, but a few people stayed around long enough to make things happen. After a couple of 7 inches their first full-length album, “As Told By…” aka The Pink Album, was released in 1997.

Eventually, BCR’s voice got strong, keyboards were becoming more prevalent in their recordings and people starting catching on. They were asked to play WMNF’s Tropical Heatwave in 2001. They had new songs, a new lineup but things didn’t go so great.

“We got we’re all there at 6 p.m., that’s when they told us to arrive. We got there rolled in, put all our stuff in but (it) had to stay in a certain spot. (We) didn’t end up playing until 2 a.m,” he said. “I was nervous … lots of free drinks for performers. I was going around watching the shows. Right before we went on there… were a couple girls in (a) band and they were super cute. I was little tipsy and I didn’t eat anything. I was talking to them we had great conversations. They offered me some whiskey…they kept giving me whiskey. Before I know it I probably drank a half handle and it was time to go on and someone set up my stuff but they set it up wrong. I was completely confused. We were supposed to start and I couldn’t figure out how to play anything. We started a song and I’d yell ‘Stop! This isn’t working!’ We’d try another. Next thing I know Cameron (the guitarist) is tackling me and the amps fell over and I kicked my piano and keyboards off stage. Jeremy (King) unplugs everything. Walks off and leaves. I had all this merch. CDs, T-shirts, that I had hand screen printed. I just started throwing it at people. During that, the sound people freaked and pulled all mics off stage.”

The recovery was long. “It took me a while. I was very upset with myself. Obviously, because we bust our asses rehearsing and had a new lineup and it sounded great. I was so excited about sharing that with people”

But they still got asked back to do it again with a little push from WMNF DJ Scott Imrich.

“(There was) some controversy amongst WMNF-ers about us playing because we blew our chance. Scott Imrich was hardcore about it. ‘They can put on a good show and they deserve another chance.’ So we played the first New World local stage at Heatwave. Headlined it and won Best of the Bay for it, 2002.”

But Dumbwaiters eventually called it quits, their last show being in November of 2008. He had his reasons.

“Multiple things. Down to the fact we only played few shows a year. (It was) hard to get everyone together to rehearse…My passion had waned, so we were working on new material. Writing new songs in a different way into dance music, disco, exploring roots. (The things) that made me love music in the first place. Duran Duran. New romantic post-punk…By that point (we were) a big rock band. Elements (were) always there but I wanted to explore arrangement and things like that.”

The last time BCR performed live was as Dark Esquire, in 2010. “That was my solo project which I intend to keep going with. Dumbwaiters was over by that point. I got asked by Keith Ulrey to do a New Granada show, the Christmas show at New World (Brewery) in 2010… I was like, “Uh, I don’t know. I’m not ready for this yet. He was insistent. I was like, “Ok. I’ll do it if you play drums.” He did.”

Local musicians Chris Sturgeon and Michael Waksman played as well. The set was less than 30 minutes and the only live Dark Esquire show, though he has released some videos related to the project.

Surrounding the wedding of Bassist Jeremy King, the Screw Music Forever clan decided to put on their seventh festival. And BCR is doing something he never thought he’d be doing–playing another Dumbwaiters show. King, Pytlak, Kearley, Richards plus some special guests will join in, as well. He also is releasing some unreleased tracks this weekend online, and hopes to release some remastered stuff in the future. If it went well, would there be more Dumbwaiters performances in the future? “No.” He swears.