EMIT (the nonprofit that I direct) is planning a new jazz event to complement the annual St. Petersburg Jazz Festival. Latin Jazz Fest will be July 9-11 at the Palladium Theater and feature three Latin groups. Here’s the poster for the festival: 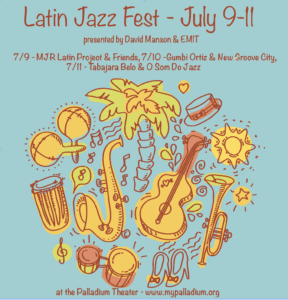 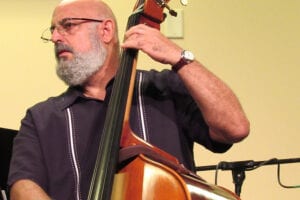 This performance will mix original work composed by Mauricio J. Rodriguez and Vicente Viloria, with a mixture of the new Cuban contemporary music and some Latin jazz staples. Bassist, composer, producer, and educator, Mauricio J Rodriguez is one of the finest musicians of his generation in Cuba. He was member of Fervet Opus jazz quartet, one of the most important Latin jazz bands in Cuba in the 80’s, touring around the world to many festivals and concert including The Havana Latin Jazz Festival, Jamboree, Bratislava, Spain, and Moscow, among others. He now teaches at Saint Leo University. 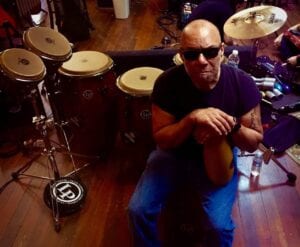 Gumbi Ortiz is known around the world for his exciting conga performance and his knowledge of rhythm and percussion. Born Gamaliel Ortiz in the South Bronx to a Puerto Rican father and Cuban mother, Gumbi has been superstar guitarist Al Di Meola’s main percussionist for more than 25 years. He. is also a teacher, a session player and leader of the Florida-based “Latino Projekt”. New Groove City is an improvisational Afro Cuban band using the clave as its foundation for improvisation mixed with jazz harmonies, Afro Cuban rhythms and some funk! The group features top Latin jazz artists Butch Thomas – saxophone, Kenny Walker – bass, Aron Ferre – keyboards, Luis Alicea – drums & Gumbi Ortiz – percussion. 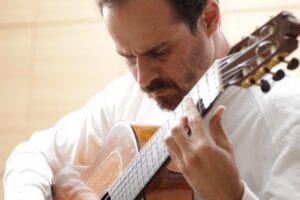 Brazilian guitarist Tabajara Belo opens the show with a solo set and then joins Brazilian jazz group O Som Do Jazz for the second set. Tabajara Belo is one of the outstanding Brazilian musicians of his generation making a name for himself as a virtuoso guitar soloist, composer and arranger. Along with his solo career, Tabajara has collaborated with prestigious artists throughout Brazil including Wagner Tiso, Claudio Nucci, Paulo Bellinati, Marina Machado, Déa Trancoso, Marcus Viana, Vander Lee, Paula Santoro and the Amaranto trio. 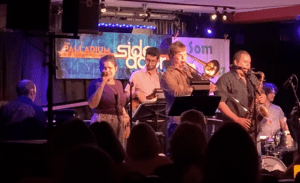