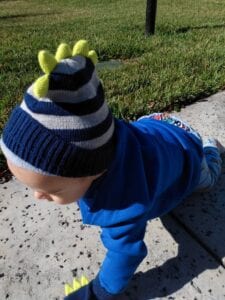 On Inauguration Day Eve, I took Teddy Blue Eyes to crawl around one of his favorite parks. Teddy loves to crawl on the sidewalk path in the park. When he first began to crawl, he discovered the feeling of the sidewalk and no matter how many times I set him back on the soft grass, he would dart-crawl back to the concrete as though his little body craved the texture. Well, yesterday when he was crawling on the sidewalk in the park, a man shouted angrily out his car window, “That’s child abuse!” Obviously I knew that his accusation was completely absurd, (and mom shaming is a very real thing) but I found myself feeling hurt by his verbal attack.

For me, yesterday’s scene at the park represents the last four years of having a bully in the White House. Yesterday was the darkness but today, Inauguration Day, brings the hope. I remember the sick-in-my-gut feeling when I returned to the U.S. in 2017 with a new president, so I wrote these lines in a poem titled “Stepping Around Lizards”:

with hate in a suit for a president,

It was heartbreaking to return to U.S. with so much misogyny and hate rhetoric spewing from the Oval Office.

But today, a new book is being written, and for me, it’s one of hope. Yesterday a man yelled hateful words to me and drove off but today, I heard the inaugural poet, Amanda Gorman, read her brilliant and beautiful poem, “The Hill We Climb” and was moved to tears. She was speaking about unity and love and that’s the hope that I’m feeling today. To make today even better, I had two creative writing classes with six schools virtually and was able to share the video of Amanda Gorman with my students. And in honor of Dr. Martin Luther King Jr., the activity was to write an “I Have a Dream Poem” where they repeat, “I have a dream” throughout the poem. One student wrote, “I have a dream, that I can write a book of kindness.” Yes! Let us write the book of kindness. I’ll end by sharing a link to one of my favorite poems ever titled “Kindness” by Naomi Shihab Nye: https://poets.org/poem/kindness 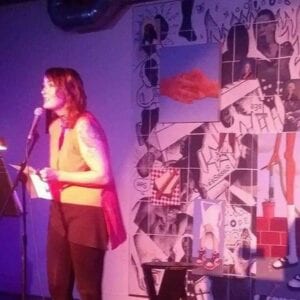