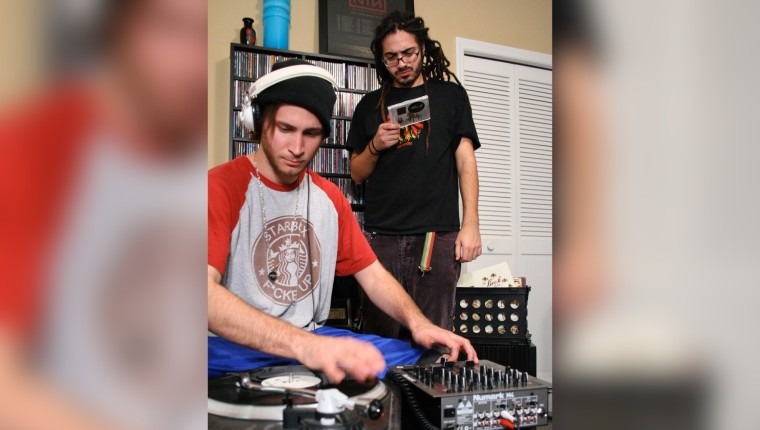 I feel like I have to write something about this, now that a f*cking decade has gone by. Dammit, I’m feeling old. Really, I missed the actual formal anniversary (February 9th) by one day lol. My life has been utter chaos of late. Almost exactly Ten Years Ago, ya boy Jon Ditty released his first “real” album effort alongside his BFF, Derek “D-Rok” Saballos, under the moniker project: SAVE c.a. hircus. Here’s some looking back to how that all came into being…

In 2011/2012, Derek and I had been working on music, on-and-off together, for the greater part of five years. During our respective College Experiences—Derek attending UF, and my attending UCF—we had gotten together semi-regularly, on weekends, to collaborate, despite an array of various separated living situations. I was tangentially performing with Clearwater, FL band, Variety Workshop, and Derek and I would play sporadic shows together (for Free) when we were able to land them. Over the course of these five-ish years, we had amassed a hefty number of demos, half-written songs, or random beats and lyrics that hadn’t turned into anything of promise.

In the Fall of 2011, having already graduated from UCF and not knowing what the hell I was doing with my life, I moved into the house of Orlando, FL Hip-Hop 4pc, Solillaquists of Sound. Swamburger (the group’s Rapper/Lyricist) was mentoring me creatively, and giving me pointers for becoming a better and more well-rounded emcee. I had expressed to him my desire to release an actual album/CD. Looking back, his approach in guiding me was very pragmatic: just rip off the f*cking Band-Aid and DO IT. I sat down with him, and we listened and went through all of the various finished, unfinished, and not-yet-started songs Derek & I currently had in the running. Swam was ultimately the “sonic voice of reason,” hand-picking all of the tracks he felt made sense together from a musical-vibe standpoint. Whether the songs were finished or not, those became the eight tracks that would comprise the original EP. From us determining what beats would make the cut, I basically spent the next several months finishing (or starting) the final songs, mixing/mastering, and putting together the rest of the album package.

The original album title was smartly coined by Swam, himself… College Radio: The Music That Beck Wishes He Had Made hahaha. Swam’s perspective was (and looking back, I think he was right) that I was a rapper, fresh out of college. I had an attitude to my writing (and perhaps, an unnecessary chip on my shoulder) that was still youthful. I was by no means writing the most prophetic songs of my career, but I also wasn’t making “Frat Rap.” My lyrics were weird and abstract, similar to Beck’s, but obviously with a way heavier hip-hop/rap leaning. The album title surprisingly conveyed a lot of valuable information to a listener who had never heard me before.

On February 9th, 2012, the album was released at, what was, Blank Space Gallery, at the corner of N Rosalind & Central Ave (I think). Since then, I think the spot has turned into a 7-11, lol. This was, really in fact, the starting point of my career as a rapper… I, honestly, can’t believe I’m even saying that statement. It wasn’t that long before this album dropped that I was saying to myself, “one day, maybe, I’ll be better at rapping.” Big ups to the homie, Swam, for giving me the encouragement I needed to get this ball rolling. The rest is history, I guess. I’ll deep-dive this topic further over the next month, and talk to the various songs and how they were conceived.

What’s pretty dope to know, for any severe Jon Ditty fans… the Original Pressing of College Radio was limited to approximately 500 copies. While cleaning, during COVID quarantine, I found the last of these CDs I still had in my possession. There are seven (7) copies left, and they are available on jonditty.com/store. These are the original mixes/masters, artwork, and sticker that were available a decade ago. If you want one for the collection, now is the time to do so. Once they’re gone, they’re absolutely positively gone. Cheers!