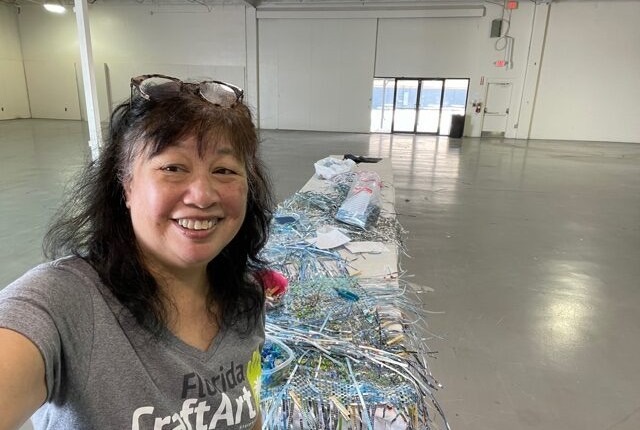 The last two week’s have flown by, so fast that I missed doing last week’s blogpost! So I’ll make it up by writing two today (sorry!) since I’ve much to talk about.

Lyrics and melodies pop into my head, especially during the last two months since I’ve been driving a one-hour one way commute to the State Fairgrounds. So, no surprise the other day when I start warbling away, “Been to long at the fair…and lord I just can’t stand it anymore” while listening to Emmylou Harris being played on the CD. It’s a fav by Bonnie Raitt (on her second album Give It Up, 1972).

The story and lyrics have nothing to do about my fair experience…it’s the phrase that stuck with me. Eight weeks is a long time for me to do anything…it meant eight weeks of concentrating on coordinating the entries of several groups (particularly schools) for the Creative Living competitions… commitment of time and memorization.

I was able to remember names of students and adults and could find where their work was displayed. In “real life,” I can’t memorize chords and lyrics of a song.

In any case, it was eight weeks of not playing much ukulele, not attending any zoom or live, in-person jams. Not hanging out with friends. Not checking Facebook. I’ve been working slowly on the Blue Monster. When guilt struck, I would spend an hour or two weaving and pulling my supplies for the next session.

The fair was over Sunday, May 2. The rest of that week was spent breaking down everything in the Florida Center. The Creative Living volunteers and staff hustled and quickly transformed the exhibition areas to warehouse storage. And two days ago, the office staff reviewed procedures and responsibilities. We discussed the steps taken to do our jobs, particularly mine, as I had walked into it, learning what to do as time went on.

So, yes. You can say, “I’ve been too long at the fair.” Ironically, I’ll be hanging around at least another week, maybe longer to finish the Blue Monster and get a start on the Red One.

I’ve have the opportunity to use the wonderful 8-ft. long tables in the building. My boss, Brenda, hearing about my misadventures working on half a coffee table, said I could come in and use a table or two and the empty space. There’s no AC but I’ve brought in a fan. I’m not bothered by the heat once I’m “into the weave” or into “the zone.” I take “bathroom” breaks because it’s fully air-conditioned. Wash off my face and then head out to again face the Blue Monster. I’m slowly getting back picking up any of my uke and reviewing newer songs that I taught myself three months ago. My fingers don’t quite move as fast. It’s almost like starting all over again…like Groundhog Day.