Linda Goldman Goes Off Her Rocker. . .
Who says there are no second acts? 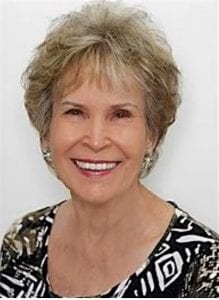 After a 25-year-long career in finance, Linda Goldman retired.

Who says there are no second acts in life?

“I never thought I would be a playwright,” Goldman told me when we met recently at Panera in Pinellas Park to talk about her late-blooming theatrical career.

What prompted this unexpected second career? Goldman says she started writing plays because she was fed up with the way seniors were being portrayed onstage. After leaving her full-time work, she began volunteering at Temple B’nai Israel in Clearwater, creating programs for seniors there, including regular outings to community theater. She grew, however, more and more embarrassed by how often those plays made fun of older people.

Seniors onstage were either treated in a patronizing way or, worse, they were the butt of jokes. This didn’t reflect the active lives of the seniors she knew. The portrayals certainly didn’t reflect Goldman’s own rich life as a senior.

“I knew I could write a better play than that,” she explains. 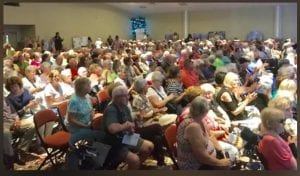 So she wrote Grandma Goes Off Her Rocker, featuring a complex older character — a widowed mother who has to move in with her daughter and her family. The play takes an honest look at the generational clash that ensued, examining what happens when the roles of mother and daughter are reversed later in life.

Grandma Gets Off Her Rocker was staged at her synagogue with some of the same seniors who had joined her see those community theater productions that made her cringe. She thought the performance would be a one-and-done experience.

But it was so successful that a friend asked her if she would stage it again, this time as a fundraiser for a struggling temple in Tarpon Springs. To appear “more professional,” Goldman created a theater company that she calls SAGES: Senior Actors Guild & Educational Services.

Under the SAGES banner, she wrote and produced five more plays, staging them in community centers in Dunedin, Largo, Tampa and Pinellas Park. All address concerns familiar to seniors — dating after the death of a spouse (Get in the Game), deciding when to give up the car keys (The Deal Maker), negotiating different retirement goals within a marriage (Committed) and defining what constitutes “proper” behavior for an older lady (A Corset Line). 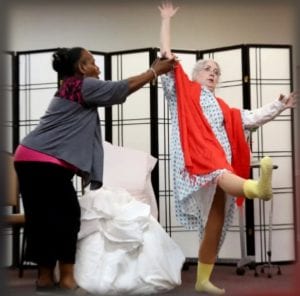 Her most frequently staged play, however, has been a cautionary tale — a “fall prevention play.”

Denying Gravity premiered last year at the Pinellas Park Performing Arts Center before an audience of 500. This month Denying Gravity will be restaged at the Heritage Springs in Trinity FL, hosted by Pasco Fire Rescue, and at the Bilheimer Capitol Theater in Clearwater on October 27, hosted by Clearwater Fire Rescue. Both performances are free.

It’s a play that Goldman initially didn’t want to write.

When Christine Hamacher, director of business development with Home Care Now and a member of the Fall Prevention Coalition of Better Living for Seniors, first suggested the topic to her, Goldman thought, “Yeah, a play about fall prevention. That will bring people to the theater in droves.” But Hamacher was persistent. Wasn’t the goal of SAGES to put on plays with a purpose? What better purpose was there than to warn seniors about the dangers of falling?

“At first I thought I’d rather get a root canal than write about about falling,” Goldman admits. But she was blown away when Hamacher told her that Pinellas County alone gets 25,000 calls a year about falls. “When I heard that statistic, I knew I had to do it,” says Goldman. “After all, my theater company has the word ‘educational’ in it.” What better way to educate people about the dangers of falling than through storytelling? 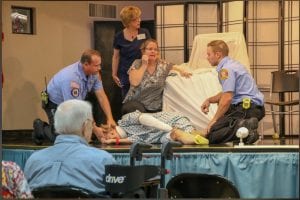 In Denying Gravity, a woman named Claire falls and breaks her arm, but stubbornly refuses to take precautions against falling again. She ends up falling again and again, eventually falling to her death.

“People were shocked that we actually have Claire die in the play, but we knew that shock was important to get our point across,” Goldman says. But in a twist at the end of the play, there’s a rewind of the action — so that Claire can be saved if she takes fall prevention to heart.

Saving Claire, in fact, is the name of a documentary produced by Ames Productions about Goldman’s play and the dramatic impact its lessons have had on audiences. The film Saving Claire was a collaboration among several groups, including Pinellas County 911 and EMS, Fire Departments, the Fall Prevention Coalition of Better Living for Seniors and the Area Agency on Aging of Pasco-Pinellas, the Florida Physical Therapy Association and, of course, Goldman’s theater company, SAGES,

Goldman not only chose Hamacher to direct Denying Gravity, but Hamacher joined SAGES as its vice president and executive director. Also on the SAGES team is Marvin Hollander, listed on the SAGES website as “Biggest Fan and Playbill Designer.” The 90-year-old Hollander, who worked in the composing room at the New York Times for 28 years, is Goldman’s fiancee. 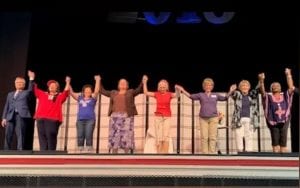 “We’re not getting married,” Goldman says, flashing her engagement ring. “There will be only one Mrs. Marvin Hollander.” The two enjoy going out to dinner, she explains — and working on SAGES projects together. Goldman’s own spouse died in 2004, a 15-year union that Goldman says will be her last marriage. Her first marriage (they had three children) ended in divorce.

Does her personal life provide fodder for her plays? Yes, of course, Goldman says, but her observations of others are an even greater inspiration. “I am used to listening to other people’s stories,” she explains. Growing up at a time when boys had a lot more freedom than girls, she was always told to sit still in the corner and be quiet. While her brothers got to run around, she would play with her dolls and make up stories with them based on conversations she had eavesdropped on.Goldman’s next project, a play about telephone cons, is tentatively entitled Scams, populated with such playful characters as Sergeant Moe Money and Lieutenant Caramba from Cabbage Cove (not to be confused with Murder She Wrote’s Jessica Fletcher in Cabot Cove). She is finished with the research and already has a first draft.

Like Neil Simon, Goldman’s favorite playwright, whose work often blends humor and tragedy, Scams, like all of Goldman’s plays, is a mixture of comedy and drama. After all, says Goldman, “Life is never just one or the other, is it?”

Find out more about the film, Saving Claire, here

Margo Hammond is the founder of the blog, Creative Late Bloomers
at creativelatebloomers.blogspot.com