Approaching Challenging Performance
and Honoring the Legacy of Chick Austin 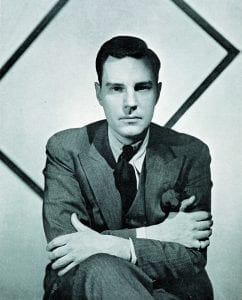 The John and Mable Ringling Museum of Art in Sarasota is known for visual art but you may not realize how much bold and adventurous theatre, dance and music the Museum hosts — as in the international Art of Performance series happening right now, with Chilean puppet artist Aline Kuppenheim exploring love with differing abilities, Miami’s Inez Barlatier’s vibrant original music and Dahlak Braithwaite’s hip hop exploration of the U.S. criminal justice system — and that’s just the next three shows.

Afro-Brazilian dance melded with poetic hip hop, modern flamenco and the music of Andalusian miners, animation and performance telling the epic history of the Earth and dance that explores single-use plastic bags are all on the horizon and well worth the drive.

With the FrEnemies of Contemporary Performance and Art lecture series, the Ringling takes inspiration from their first director, the innovative Chick Austin. Before he transformed the Ringling into a thriving public museum, Austin was a driving force in bringing modern visual, literary and performing arts to often reluctant American audiences — at a time when people didn’t think Dalí belonged in a museum.

“The function of a museum,” Chick said, “is more than merely showing pictures. The museum is the place to integrate the arts and bring them alive.”

A true visionary, Chick, revolutionized museum practice with a deep appreciation for the artistry of musicians, choreographers and dancers — and was a leader in presenting performance in American museums.

To help audiences accept these challenging new forms, Chick created a program in which people who loved or hated the show could come together to discuss why. He called this program the Friends and Enemies of Contemporary Performance.

Honoring Chick Austin’s legacy, the Ringling will host a series of programs that each focus on a particular performance medium. Discussions will allow participants to freely share opinions and create the opportunity for dialogue and conversation.

Programs are free but do require a reservation as space is limited.

with Leah Verier-Dunn
of Moving Ethos 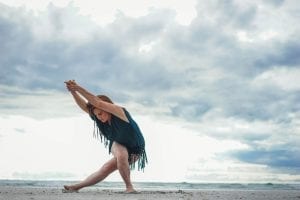 A roundtable discussion on contemporary dance. 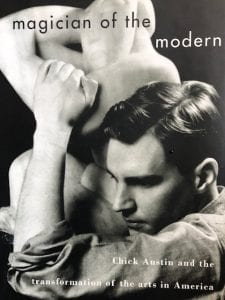 Magician of the Modern: Chick Austin and the Transformation
of the Arts in America
by Eugene R. Gaddis

More on Chick Austin and the Original Friends & Enemies of Contemporary Performance series.

Through
February 2
at the Ringling

Beijing artist Ai Weiwei’s Zodiac (2018) presents a bold, bright, and playful reinterpretation using thousands of LEGO bricks as a contemporary material that extends the life of these ancient animal motifs.

More on this exhibit here

with Brendan Regan
of Urbanite Theatre 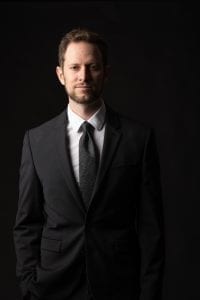 If there was one piece of advice I could give to the American theatregoer, it would be — see more theater that makes you uncomfortable.

There’s always a place for light entertainment, for easygoing joy and unobtrusive fun. But I’d argue that theater is one of the only artistic mediums left that truly exercises our empathy receptors.

While films, TV and podcasts provide us with limitless entertainment, history and knowledge, none can replace the connectivity we experience with live theatre, where we get to share oxygen with live, human performers.

As such, it’s important we use this gift for more than mere entertainment. While fundamentally our goal as theatermakers is to entertain, the power of the artform lies in its ability to tell stories that change the way an audience sees the world.

To evolve your perspective, you need to spend time with people, stories and culture that you’re unfamiliar with, or that give you discomfort. It’s in this discomfort that your ability to understand a foreign problem or circumstance expands.

While an adventurous location for emotional exploration, I’d argue the theatre actually provides a safe space for experiencing challenge. And when we laugh, cry or gasp in horror, our humanity grows.

with Steve Miles
of New College 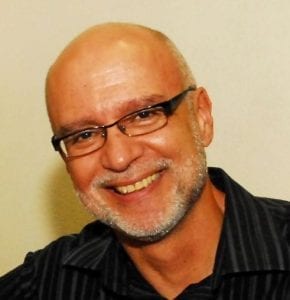 Love it or hate it, our posture toward contemporary music has less to do with ideas than with experience.

And I’m not just talking about compositions. The way that contemporary music is presented can make us want more or make us want to run screaming from the room.

Do you feel invited to experience something new or do you feel like the music was meant for somebody else? I’ve seen audiences respond rapturously for music that they might otherwise have hated — it all comes down to matching the music, the space and the audience.

A friend of mine once told me about hearing John Cage perform his vocal music in a large auditorium. My friend found the music completely perplexing, and — to make matters worse — he was seated in the middle of a long row. He felt trapped.

Now, this same friend couldn’t get enough of Cage’s Song Books when presented by New Music New College some years ago at the Ringling Museum. Why? Instead of being performed on a stage, five soloists performed simultaneous one-hour recitals in the Ringling galleries. The performers moved about the space, and so did the audience. In fact, the audience was free to leave and come back at any time.

Cage is a crowd-pleaser. Who knew?