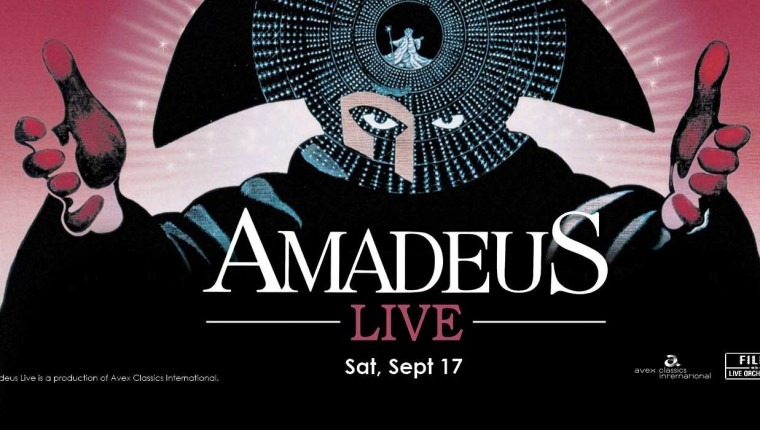 Not everyone got to know Wolfgang Amadeus Mozart by listening to his masterpieces through concerts and recordings. Millions met him in Miloš Forman’s 1984 film Amadeus, a fictionalized vision of genius brought to life in the very real context of his music.

Mozart created profoundly beautiful scores in his short 35 years, and his legacy over two centuries has mingled man with myth. Forman alone took plenty of creative license in crafting this period biographical drama, which he adapted from Peter Shaffer’s 1979 play.
. . .


It starred Tom Hulce as Mozart and F. Murray Abraham as rival composer Antonio Salieri, and because it depicts much of the myth surrounding the composer, the director and producer originally called it Fantasia on the theme of Mozart and Salieri.

Amadeus won eight Academy Awards, but the best prize of all belongs to the soundtrack, a tasteful mix of about 40 excerpts that add to the film’s energy, elegance and depth.

But in the movie theater, we listened in a compressed dimension. What if we were to experience it through a flesh-and-blood orchestra as the film unfolds? After all, hearing the terse opening of the Symphony No. 25 or the sorrowful Lacrimosa from the Requiem in a film is one thing – enjoying an orchestra playing onstage in sync with the movie is another.

That’s the point of Amadeus Live, when The Florida Orchestra and Master Chorale of Tampa Bay on September 17 perform the soundtrack as the entire three-hour movie – with intermission – appears on screen at the Mahaffey Theater.


“Amadeus is the perfect film for live orchestra,” says Mark Cantrell, President and CEO of TFO. “It’s how Mozart would want the music to be performed, so it feels real and authentic. Alive. Doesn’t matter if you’ve seen the movie before — it’s a whole new experience.”

The concept also attracts newcomers to the orchestra. Film is, arguably, a draw if you want to pack a house.

“In general, we’ve seen more first-time patrons who have discovered the wide variety of music TFO performs live – way beyond classical,” Cantrell adds. “Film concerts provide another way for new audiences to connect with the music and the orchestra for a unique experience that lasts long after they leave the concert hall.”

Although performing music to a film projected overhead might seem easy, the musicians must carefully time every move. The conductor will use a computer tablet, following embedded cues much like a video game. He also will wear an earpiece with audio click track – a sort of metronome – to make sure everything is timed with the action in the movie. Saturday’s production by Avex Classics International has been road tested all over the world.

All this sounds thoroughly modern, but in fact, it’s not much different from the days of silent movies, when people would watch a screen with subtitles as an organist or orchestra played in the pit. Such screenings, by the way, are still done at the historic Tampa Theatre.

Legendary film accompanist Rosa Rio performs a score
for Buster Keaton’s “Sherlock Jr.” at Tampa Theatre in 2007
Amadeus Live includes a wealth of masterpieces edited to fit the story, such as the Piano Concerto No. 22; arias from Marriage of Figaro and Don Giovanni; the Mass in C Minor; Concerto for Flute and Harp; and of course, the Requiem played in Mozart’s head as he lay dying in bed.

The “three dimensional” sound of these works is more compelling than a soundtrack blaring through a speaker system, and actually gives the movie a sense of spontaneity.

Think of the scene where an old Salieri, played magnificently by Abraham, reads the score of the adagio from Mozart’s Serenade No. 10 and realizes he’s in the midst of genius.

“This was a music I’d never heard,” Salieri says, spellbound. “Filled with such longing, such unfulfillable longing, it had me trembling. It seemed to me that I was hearing the voice of God.”


This ethereal dance between oboe and clarinet is impressive enough in the film, but with TFO musicians creating it in real time, listeners rise to another level of engagement.

Speaking of audiences, the film critic Chris Evangelista of /Film says when he attended Amadeus Live the crowd was completely absorbed. “The audience sat rapt, as if hypnotized by the combination of music and imagery. . . It was an absolutely delight, to sit back and witness not just the film and the orchestra but also the audience’s spellbound reaction to it all.”

This story originally appeared on The Florida Orchestra’s blog.