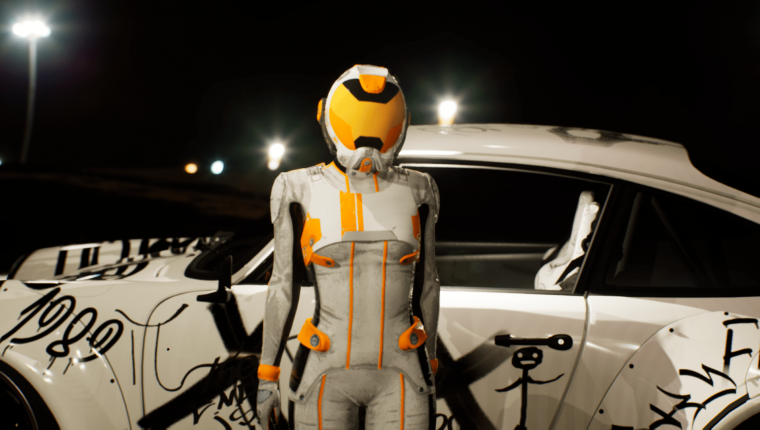 This week I had fun reviewing the decals portion of the Mograph.com Winbush Unreal Engine course and created this sequence.

Also, I have been watching and listening to Álvaro García Martínez stream, RealTimeMayhem.

For this project,  I used the map from Bernhard Reiders Automotive Real-Time Ray Tracing tutorial. I had imported this Porsche car model from Sketchfab and ended up covering it with a ton of decals. This was actually really fun. Then I recorded some mocap data to create story around the car. This is what I ended up creating.

I have been been a huge fan of Álvaro García Martínez work. He has created some incredible work, and I am particularly fond of his Unreal Engine content. I remember seeing the trailer for the Seed of Juna and thinking to myself, now that is art!

When I heard from my friend, Logan that Álvaro had a live twitch stream going, I didn’t even hesitate and went to go watch and see what one of my favorite artists and filmmakers was up to.

What I love about his twitch streams is it lets you get a glimpse into what he is up to, what he is thinking, he shares behind the scenes from his projects, talks to his audience, answers questions and gives some pretty good advice…about everything.

My favorite stream was where he talked about the making of Juna. Seeing all the slides and videos he shared of how Juna came to be, how she was created, the artwork, the animations, it was beautiful. I especially like that he showed what softwares he used to create this project, discussed the creative decisions he made regarding the characters, all of the collaborators and I was laughing when he told the story of how he recorded the female scream. Apparently, he had the female voice actress perform the scream many times, causing his neighbors to think something terrible was going on in his apartment. That is too funny!

I now listen to the streams as I work on my own Unreal projects. For some reason, listening to him talk as he works on his projects, it motivates and inspired me to keep going.

I will say one final thing about Álvaro, at the end of his film, in the credits, he had a video of his dog and dedicated it to him. I am not going to lie, I teared up. I think that is beautiful, and one day I too, will do the same. For some reason, this has stayed with me.