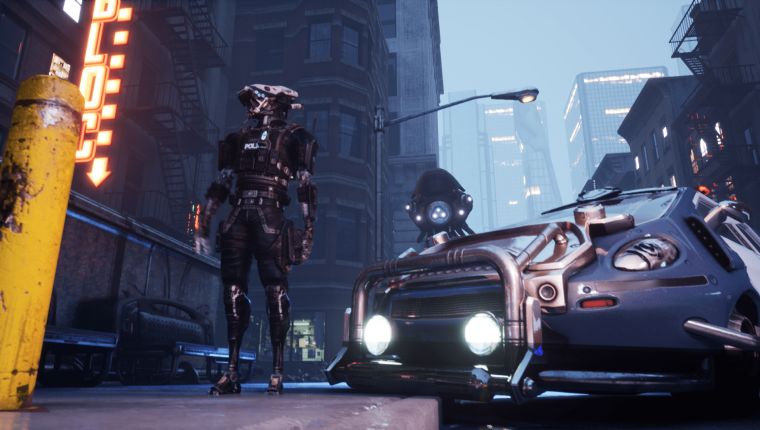 This week has been amazing! I did a cinematography tutorial by Bernhard Rieder (a.k.a. The Fatty Bull), created some Unreal environmental art thanks to a speed level by Unreal Environments Speed Level Design and started learning the basics of rigging a character in Maya, thanks to an amazing series of tutorials by Monica from Academic Phoenix.

I found an amazing tutorial by Fatty Bull on youtube, and I remember when I first started learning Unreal four months ago, I came across this tutorial but it was too advanced for a total newbie like myself at the time. Four months later, I decided to give it a try. I am so glad that I did. Bernhard went over all of the features of the camera settings in sequencer. I am not going to lie, I did not know the camera in sequencer had post process effects!

I learned how to use the manual exposure settings with the post process exposure compensation feature and I am officially in love with this new technique.

What I also loved about this was the amazing map he used for this tutorial. It was created by Unreal_Environments (their youtube name) and it is just beautiful!

I added my own character into this project, migrated some mocap data I had retargeted to the character in another project and created these scenes based on everything I learned from Bernhard’s tutorial.

Lastly, I added two car models. I have never messed around with cars in Unreal and this was fun. After scouting his youtube page I found a link to the Bladerunner car, and a cyberpunk car. This experience made me want to learn more about doing automotive visualizations in Unreal.

After falling in love with the map created by Unreal_Environments, I decided to take a shot at doing one of their speed levels. I brought in assets from several projects on Unreal Marketplace and put together this little scene. I learned a lot from following along and it also refreshed my memory on how to do a few things I haven’t done in a while.

I decided to give rigging a try since I started with blendshapes originally in Maya. I will say, after looking for the right tutorial, I stumbled on a series of tutorials for rigging by Academic Phoenix, a.k.a. Monica. Monica is amazing. She made me fall in love with rigging. I got up to the eye control portion of the series, and that is where I started to have issues with the eyes coming out.

It took me three days to rig this character only to find out I did something somewhere along the way that messed up the characters eyes. So, I decided to start the entire series all over again. And yes, I am glad that I did. Going through the motions again is the best way to learn. And when problems arise, that is when you really learn the most. Monica has a facebook group and a few people jumped in and offered their suggestions, which really helped me.

I think I am going to continue rigging every day until I get better at it. I never realized how much fun it really is. Oh boy, a new obsession!