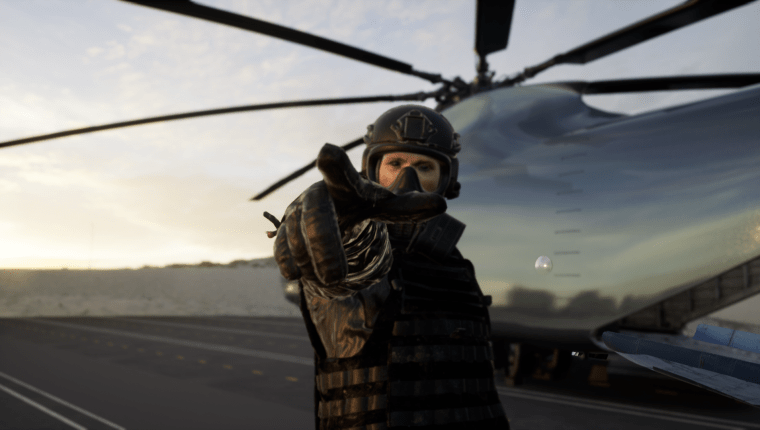 This week I had a lot of fun going through the Science Fiction Filmmaking 101 course by Haz Dulull on Skillshare. I also started learning rigging in Blender. I tested out the Unreal LiveLink Face app on the Weta Meerkat project thanks to a great tutorial by Unreal.

I retook the Mograph.com  “Creating the Unreal” course by Jonathan Winbush and got to play around with lighting, materials and some assets by Jama Jurabaev that came with the new bonus chapter.

I also got to be a part of the Mograph.com Winbush Unreal Engine Course, student showcase on Thursday night.

It has been four months since I took this course. When I first learned about virtual production, I joined the Unreal Engine Virtual Production group on Facebook that was originally created by Matt Workman.

Someone had asked, “how does someone get started with virtual production,” and Matt responded “Install and learn Unreal Engine first.” So I spent two weeks searching for courses and tutorials that would give me a good start…with no luck.

After taking endless “how to build a game level” tutorials and asking myself, how on earth am I supposed to make films with this, I fell on a tutorial by Winbush. It was the “Recreating the Mars Surface in Unreal Engine.’

In this tutorial, I learned more in 3o minutes on how to use Unreal to create than I did during those two weeks  of tutorials.

When I saw that Winbush created an entire course on Unreal, that was on Mograph.com, little did I know, this was the beginning of my journey into virtual production.

After retaking the course this week, it not only brought back a lot of memories but I learned a few more things I had originally missed when I first took it.

A new bonus chapter was added, and it came with some amazing assets created by Jama Jurabaev. I was particularly excited about the Apocalypse assets, so I imported the helicopter into the project, created a material in Quixel and animated it in sequencer.

I recorded the animation of this character using mocap data I recorded with Xsens and Manus Prime II gloves.

Incorporating everything I was learning in the course, in one project.

I saw on Linkedin that Haz Dulull shared  a course he made, available on Skillshare where he talks about his process when creating science fiction films. I am a huge fan of Haz’s work, so as soon as I saw this, I was signed up to Skillshare and watched the course, all in one sitting.

Another side note, when I decided to get serious about learning virtual production, I spent a considerable amount of time looking for a laptop that had a powerful enough graphics card so that I could use it to create with Unreal.

On a friends suggestion (Alex Bartz), I decided to look into the Razer Studio. On their website, for this particular model, Razer had a video of Haz showing that he created his film “Battlesuit”  in Unreal Engine, using this laptop.

That was the first filmmaker I ever saw creating a film in Unreal Engine. Being able to take a peek at what it looked like, Unreal that is, and how someone made a film with it…..that was all the inspiration I needed to keep learning.

In this course, he breaks down the process of making a science fiction film into several short videos. Some of the sections that really stood out to me were the storyboard section, the production structure, the budget, using miniatures, set build approach, screen graphics and legal.

The storyboard section was pretty amazing. Seeing how he creates his storyboard with hand drawings and then slowly shapes it into more detailed images using screenshots from 3D software for posing and framing was brilliant!

For the production structure, he emphasizes the importance of keeping everything impeccably organized, backed up on several drives and even shares the software’s he uses for organization and scheduling.

The miniatures section was fascinating. He had actual 3d printers create some assets and then used those assets to capture some beautiful and realistic scenes for his films. I would love to do something like this!

I went crazy over the screen graphics portion. I particularly like how he has them made, how he uses them in scenes, sometimes recycles them and even uses them as a lighting source in some shots.

The last part was the legal and marketing. The two most important aspects of a project. All in all, what Haz shared, is the kind of knowledge and wisdom you wish a filmmaker you look up to would share. Everything I learned from that course will stay with me forever.

After my trial with Autodesk Maya ended, I thought it would be fun to try out rigging in Blender.  After looking for the right tutorial on YouTube, I found a 2 hours tutorial by an amazing teacher, Alimayo Arango.

He went over the rigging process in a similar fashion that I had learned with rigging in Maya and did not rush through like most tutorials do.

I had only used Blender once or twice before taking this tutorial and was able to follow along….what a difference a good teacher makes!

Testing out the Weta Meerkat with Livelink Face

Thanks to an amazing tutorial by Unreal Engine, a friend sent me this tutorial and as soon as I saw it involved facial motion, I was already following along.

This project is truly something. The level of detail of the fur, the meerkat itself, and the animations in this project are a true wonder. The fact that Weta was kind enough to share this on Unreal Marketplace gave me a glimpse into the work created by one of the more incredible studios on the planet.

What I truly loved about this, were the face blendshapes. Being able to go inside the meerkat and control its facial expressions, I will admit, this was too much fun!

I used my iPhone with the LiveLink Face app for this. Just amazing!