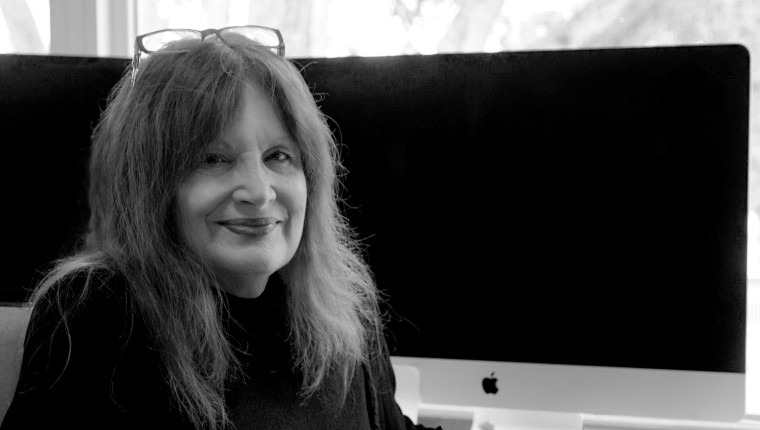 Pamela Joy Trow is a life-long artist with an award-winning career in design, illustration, and creative direction. She was first introduced to wholesale working as a surface designer for a woman’s footwear company, where deadlines were set to the wholesale trade show calendar. Pamela eventually applied her experience to creating a line of wearable art jewelry, sold to retailers around the country, through sales reps at AmericasMart Atlanta, wholesale trade center. As she developed her art business through traditional venues, Pamela turned her paintings and illustrations into a line of greeting cards, art prints, and ephemera, sold through retail stores and museum shops around the country and internationally.

During her childhood in Brooklyn, NY, Pamela Joy Trow’s world was ignited by the words of her perceptive kindergarten teacher, “You should be an artist when you grow up.” And that’s exactly what she did. After graduating from the Art Institute of Fort Lauderdale, Trow pursued a career in visual communications. As a successful graphic designer and illustrator in Atlanta,
Georgia, she worked with a variety of clients and taught at The Portfolio Center. The design industry and teaching sensitized her to the power of an image and its message…which serves as the foundation of her art today.

Inspired by her environment, Pamela’s 13 years in Bend, Oregon produced a series of shadowboxes that integrated digitally produced art, her poetry, found objects, and jewelry parts. The work received much acclaim, and she was a featured visual artist on the Oregon Public Broadcasting show, Oregon Art Beat. During her time in Bend, Pamela was appointed by the mayor to the City of Bend Arts, Beautification & Culture Commission. Serving six years, four as chair, she dedicated her time to helping local artists expand their opportunities. Her accomplishments included the creation of “City Walls at City Hall”, an innovative art show that brought the art and business community together, and much-needed revitalization to a public space, Bend City Hall.

After her service, Pamela began exploring using needlepoint as a painting medium. Her award-winning fiber art starts by “drawing” with a random stitch, then is embellished with gems, jewelry parts, and found objects. Two years in Santa Fe, the New Mexican culture inspired a series of paintings on the Mexican holiday, Day of the Dead. The series was the impetus for developing a line of
prints and cards sold today, through museum shops, art centers, and niche boutiques. Landing in St. Petersburg, Florida in 2016, Pamela is invigorated to be part of the art community and continues to create being inspirited by the beautiful Florida sun and water.