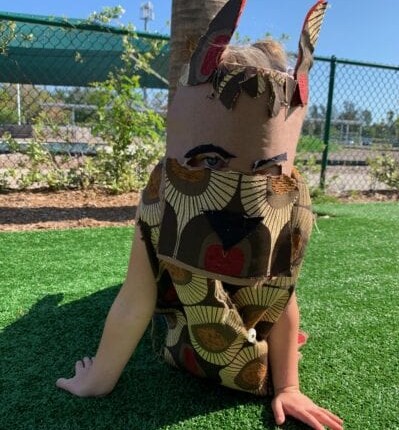 The Love of Story Telling

I guess you could say that all the art I do tells a story in some way.  I like to make songs that have a plot.  I enjoy writing poetry with a conflict.  I love visuals that indicate underlying motives and keep the viewer’s eye moving around the page to gather additional information.  I add texture to sculpture creating a sense of history.  There is just so much that you can do with creations to invite more creation.

Act Out The Stories

With that said, my pre kindergarten class loves to act out their stories.  Previously I’ve talked about puppet making and stop motion film making with my class.  Now, we are taking our story evolution down a different path.  When children add props, costumes and toys to their storytelling we call it dramatic play.  When we write down what children say and take pictures of their creations we call it documentation. 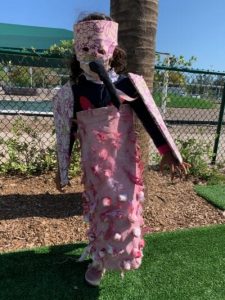 Our class loves dramatic play, building and animals.  The result is countless hours of building zoos and habitats for tiny replications of animals.

Deciding to study the zoo and the different habitats of the zoo, we researched which animals we would find in the sections of the zoo and where they are in the world.  With the information found we sculpted animals out of clay, drew lots of pictures and wrote stories about them.  Succeedingly, the idea of costume making blossomed because the kids would pretend they were certain animals and encase themselves inside the block zoo areas that were built.   By doing that we extended dramatic play. 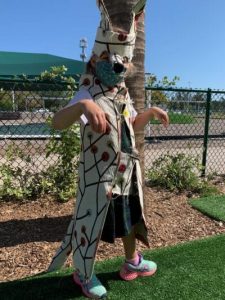 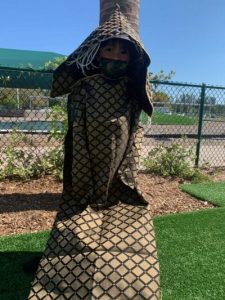 So each child chose an animal and drew out a blueprint of what they thought it might look like.  Next we asked each child what kinds of materials they might need to make this costume.  After thinking some things through we began.  We were intentional about using recycled materials and whatever we had around.  The cloth was just extra cloth and so we chose a design that best represented the character of the animal. I help the kids drape cloth and cut cloth and attach things using hot glue.   A lot of hot glue was used. 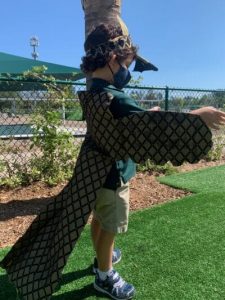 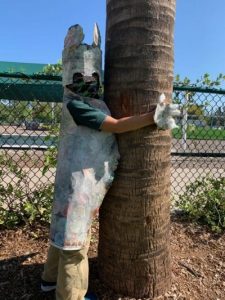 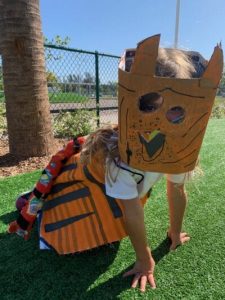 The kids were so excited after all the hard work that we had to find some creative way to show off all of our dedication and summary of our zoo study.  We invited classes from other grades and classes of the siblings to join us in a display of pride.  The audience gathered outside around the green space on our playground leaving room for a runway where each child could display his costume.  The older grades lined up outside the fence to maintain a distance from each other.  Another class in our same grade played musical instruments as the backdrop sound.  I carefully announced each child and what their costumes were.  They were quick down the green carpet showing off their animal-like prowess.  Everyone then lined up and took a bow waving to the crowd of teachers, siblings and friends.  The event was short but not short of amazing.  You could see how proud and accomplished they all felt standing in front of the clapping crowd.  I hope that is a feeling they will always remember.