Where Justin Wagher
Comes From

The St. Petersburg artist takes a meditative look at memory in his Morean exhibition.

Our senses are linked to our memories via neural pathways. They transport us, in a flash, back in time to the past and can stir long-dormant emotions. While the sense of smell is most vivid, visual imagery can be pretty powerful too.

Take, for instance, a window with a lace curtain you used to stare out of, a retired neighbor watering the lawn at the same time every morning, or a front stoop with weeds growing in the cracks.

Such moments of nostalgia and recognition inspired Justin Wagher’s “Where I Come From”  at the Morean Arts Center. The curated paintings in the show are dreamlike and evocative; yet simple and precise. They reveal the hard-won wisdom and keen observations of a young artist, which belie his age. 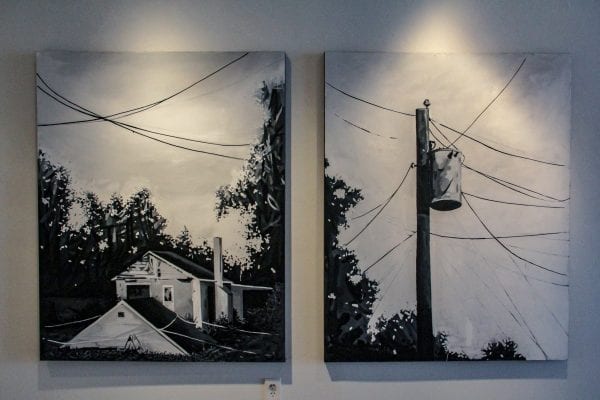 The stirring (mostly) black-and-white works by the 20-year-old Pinellas County Center for the Arts grad put into context what Wagher connects to his St. Pete stomping grounds. He cautions that it’s not necessarily a whole interpretation of a house, event or geographic location but imagery associated with the places and sights of his past.

“The title ‘Where I Come From’ was an attempt to put these pieces into context with what I felt home looked like; not necessarily a whole interpretation of the city but more of the places and sights I find comfort from — where I find my place to be,” he writes in his artist statement. 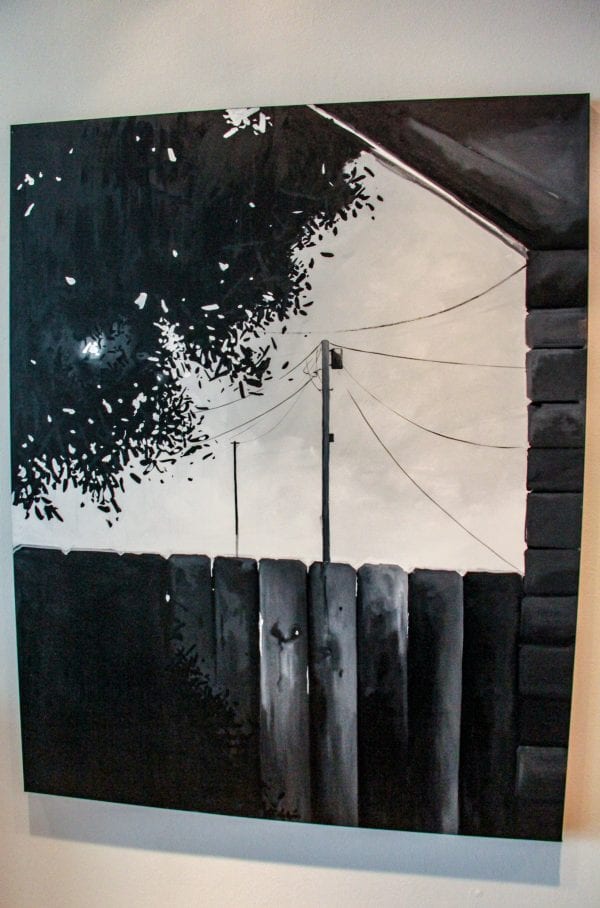 CP reported on Wagher last year when he was introducing Tampa Bay to his dense black-and-white strokes and signature spatters at Derek Donnelly’s Cove Gallery. We recently met up at the Morean and chatted about his inspirations for “Where I Come From,” a more personal show. While biographical, it’s not as self-indulgent as the work of so many artists his age.

When Less is More

Wagher says he appreciates what other artists are doing with color but enjoys the challenge of communicating with a limited palette.

“I think with my work, in particular, I really like just to get across the idea of what I’m doing. … It all comes down to a selective process.’

Wagher has the savvy to know that overexplaining a stylistic approach to a portrait or an object in “Where I Come From”  will diminish its impact. He has an appreciation of white space and the mystery of what’s not depicted, trusting the viewer to complete their own thoughts about the piece.

Yet, he can be poetically expressive in focusing on specific details such as a facial expression or body language.

“I like to play with the textures within the landscapes,” he said, adding that he strives to make the image more interesting by showing a light source and including stark contrasts. Indeed the way he shows the light dappling on the leaves takes his work to another level. 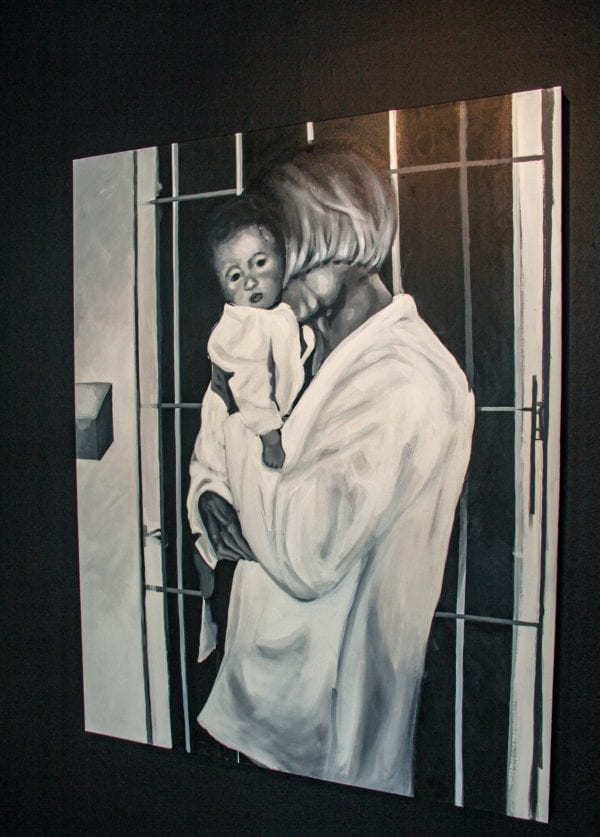 Wagher shares the stories behind the works. One features a loving portrait of a woman nuzzling a baby.

“That’s a photo that I found of me and my grandmother,” he says with a touch of modesty. “It’s funny — it ’s like my first self-portrait, I guess, since it’s a picture of me as a baby.”

Wagher spent much of his childhood in his her house.  “At the time, she didn’t have a license, so she would always take us in the wagon — me and my cousin.” so several of their long walks and the little shortcuts and the “weird bus stops”  inspired scenes in the collection — initially much more in number than what’s on display.

His father was out of the picture. To fill the void, he gravitated to older male friends and relatives and soaked up their advice. The lack of a constant paternal figure and a deep appreciation for the men who provided guidance inspired him to volunteer as a youth mentor. 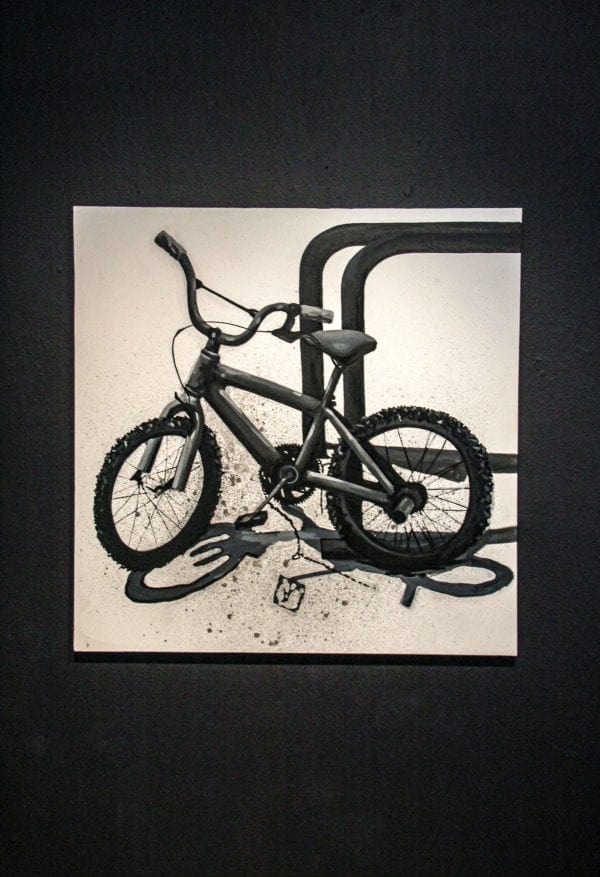 Wagher laments the painstaking curation of the works more than the work he put into creating them.

“I took four or five times the amount of references for the show here and whittled it down to about 20,” he explains.

We talk about the rewards of wandering, not staring at devices but looking around us,  connecting with our surroundings.

“I feel like a lot of this — that’s the reason why all of these images feel nostalgic to me, you know, because growing up it was was different than just getting in a car and hauling ass home, you know what I mean?”

“Where I Come From” runs through Dec. 28 at the Morean Arts Center, 719 Central Ave., St. Petersburg. Visit moreanartscenter.org for more details.