“Millions of children are waiting to be made equal.”

–Letter to a Teacher by the School of the Barbiana, Italy. 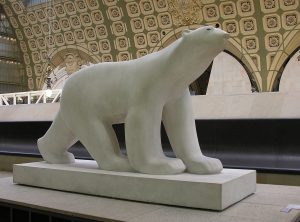 For my first post here as a 2019 grantee, I thought it would be helpful to tell you about me, my work, and what I try to do as a writer and teacher. That’s where my creative work exists–at the intersection of thow .

As a teacher, I have spent my career working with nontraditional students, perhaps most obviously because I am a nontraditional product of the education system. My father was the first-generation American son of coal miners, and as the youngest, was the only one of his brothers who did not work in the mines. My mother’s family were sharecroppers in the tobacco country of eastern North Carolina. What education my father had was a product of his service as a World War II infantryman. I was 30 before I knew about the possibilities of assistantships to finance graduate school, and 37 before I left my career in politics to pursue a master’s degree at the Iowa Writers’ Workshop.

My own experience simply means that I model for students and community members the idea that writing is a tool of communication open to all, and that American literature is filled with examples—from the westerns of Louis L’Amour to the gritty southern novels of Larry Brown, to the mysteries of a writer like Lisa Unger—of authors whose primary qualification was hard work.

In teaching, I try to model this message and pass it on. Before my workshops discuss any issue related to writing, I present my students with a picture of Francois Pompon’s Polar Bear in Stride, a massive sculpture housed at the Musée d’Orsay in Paris. Then I issue this challenge: Suppose this course were not centered around the reading and writing of stories; instead the students’ only assignment for the term was to produce a full-sized replica of Pompon’s bear. How would they begin?

Pompon himself did not immediately take a hammer and chisel to a six-ton block of marble. He started with simpler and cruder forms—beginning with a small lump of clay—and refined his ideas until they could be executed in a permanent medium. With this simple, 15-minute discussion, I hope to establish for my students the idea of writing as a recursive and frequently collaborative process, and suggest that the seeds of what we will write—those amorphous concepts known as ideas—are all around us. In the words of one of my mentors, David Kirby, “The writing store is always open.”

I want to emphasize the idea that the work of writing—regardless of genre—is continuous, as suggested by Picasso, “Inspiration exists, but it must find us working (emphasis mine).” Our work might begin with a note jotted down on scrap paper.  Those words might be inspired by the paintings and sculptures of a museum, by the landscape, the day’s weather, or even a phrase overheard in the argument of two lovers waiting in the museum’s ticket line. What they are not is evidence of any of the frequently romanticized notions of inspiration. Those first jottings are the beginning of work. Those notes become the crude lump of clay out of which students can sculpt the model for their first poems, their first stories.

In short, I ask my students to become apprentices with the goal of improving their craft and learning certain fundamental skills that might one day help them become master craftspeople. That approach is based on classroom experience, and has been particularly shaped by the fact that I’ve worked with students in high school, an intensive-research university of 40,000-plus students, in community-based programs, and in the university. It is a distillation of the commonalities that transcend age, gender, race, or even experience with literature. Envisioning ourselves as apprentices is a crucial first step in establishing a writing classroom without hierarchy.

In teaching, the idea is to facilitate translating the anonymous faces of students into a roomful of distinct personalities, all of us engaged in a shared struggle. The word apprentice gives the idea of writing as a life choice, as opposed to a diversion, a professional program, or even a job. The word helps us avoid the limiting dialectic and hierarchies suggested by the word beginner. It makes us, regardless of background or experience, equal.

That idea is at the center of my written work. In everything I have ever attempted, I recognize the ongoing desire to ask of a reader the act of reconsidering; I want to present the reader with a familiar item, whether it be a television character, a popular song, or a routine flight of a passenger jet, and reconsider it as a story. With that act of revision, we also work towards the democratic ideal that we all have stories worthy of sharing, and that no story is more important than any other. That’s why I often look to more mundane items of daily life in order to find drama; I’ve published stories about men watching the guests at a wedding reception, and poems about the Beatles, David Lee Roth, friends from high school, and the Skipper from the iconic television show Gilligan’s Island.

In short, even though many classrooms are built on the idea of privilege and authority, mentoring others in the creative arts requires a much more democratic approach, and an understanding that all of us begin our work as unskilled apprentices. That’s what happens whenever I begin a new project. Only by combining the guidance of master craftspeople with the collaborative efforts of our fellow apprentices do we undertake the good hard work of learning to write. In the classroom, I know that work has begun to succeed when, at some point in the semester, a student asks again about Pompon and his polar bear. Pompon ended his formal education at the age of 15 to become a stonemason, and later went to work in the studio of Auguste Rodin. His title? Apprentice.